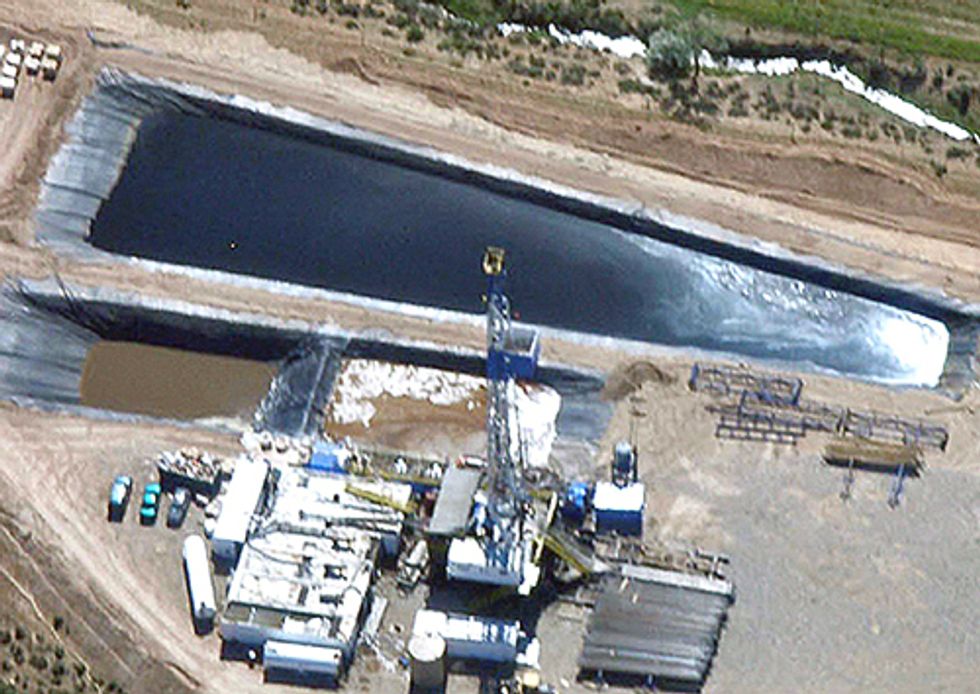 Drill rig working near Divide Creek in Western Colorado where methane bubbled into the creek during previous drilling activity. You can see two smaller reserve pits and a larger evaporation pit. Photo courtesy of TEDX The Endocrine Disruption Exchange

The Fort Collins City Council, on a second reading Tuesday night, voted to uphold the fracking ban within city limits by a vote of 5-2. The ban is now final.

This vote defies the governor and other state authorities who say local governments have no right to regulate the oil and gas industry. The state and Colorado Oil and Gas Association threatened lawsuits if Fort Collins' ban on fracking became final.

“The Fort Collins City Council stood up to the bullies—Governor Hickenlooper and the Big Oil and gas industry—to protect citizens and their health and property by banning fracking in the city,” said Gary Wockner of Clean Water Action, a national environmental organization in Fort Collins that has 2,000 members. “People are taking charge of their democracy, wrestling it away from powerful special interests—Longmont was first, Fort Collins second, who will be third?"