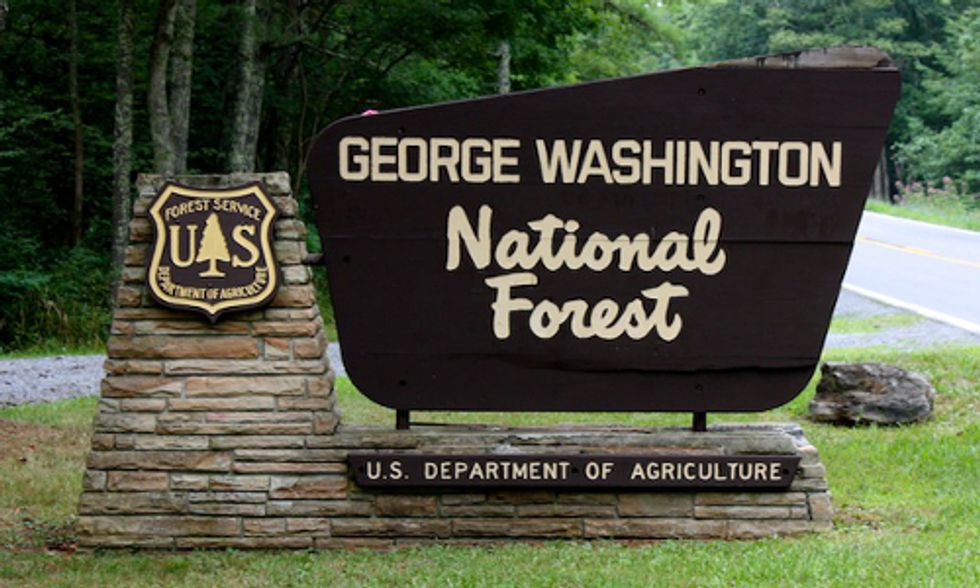 Despite strong opposition from both elected officials in the affected areas and environmental groups, the U.S. Forest Service (USFS) has approved fracking in George Washington Forest. Objections to the plan came from members of Congress from Maryland, Virginia and Washington, D.C., Virginia Governor Terry McAuliffe and Washington D.C. city council, which passed a resolution opposing it in March. McAuliffe reiterated his opposition before a meeting of the state's Climate Change and Resilience Commission in September.

The forest, located in Virginia and West Virginia, is the largest national forest on the east coast. It contains the headwaters of the Potomac River, which feed into the Chesapeake Bay and provide drinking water for millions of people in the Washington, DC/Chesapeake region.

The USFS had initially proposed  to ban fracking in the 1.1 million acre forest, the first outright ban of the practice in a national forest. But when the plan was released in 2011, energy companies complained and exerted pressure on the USFS. About 10,000 acres of the forest are already been leased to oil and gas companies, with private mineral rights existing under another 167,000 acres. The newly released plan will only allow fracking on that land, which is located in sparsely populated rural Highland County, Virginia. The plan also puts off limits another 800,000 acres that were available for drilling.

"We think we've ended up in a much better place, which is we are allowing oil and gas drilling," Robert Bonnie, the U.S. Department of Agriculture's undersecretary for natural resources and environment, told the Associated Press. "From a policy perspective, the Forest Service allows fracking on forest lands throughout the country. We didn't want to make a policy decision or change policy related to fracking. This decision is about where it's appropriate to do oil and gas leasing."

"Allowing the use of fracking within a part of the George Washington National Forest is part of the Obama Administration’s embrace of oil and gas drilling, despite the water, air and climate pollution that is proven to come along with it," said Earthworks energy program director Bruce Baizel. "In the face of dire warnings from the world’s foremost climate scientists about the need to phase out fossil fuels by 2100 and an authoritative body of science demonstrating the health impacts faced by communities living near oil and gas development, this administration continues to promote an 'all of the above' energy policy rather than a swift transition to renewable energy. Nearby communities, local governments, the governor of Virginia, every major water utility in the DC area and the Forest Service’s original recommendation had it right when they opposed the use of hydraulic fracturing in the George Washington National Forest. The President can protect the climate and public health, or he can continue to promote fracking. He cannot do both.”

The leased land lies on the southeastern tip of the lucrative Marcellus shale formation, which has created a fracking boom in Pennsylvania. But the USFS says that the value of this particular land is low and that there has been no interest in drilling  there so far. "The economic value of these reserves is very low," said Bonnie. "We've had very little interest on oil and gas on the forest."

The USFS says before any drilling takes place, there will be a public comment period, and the decision is subject to appeal.