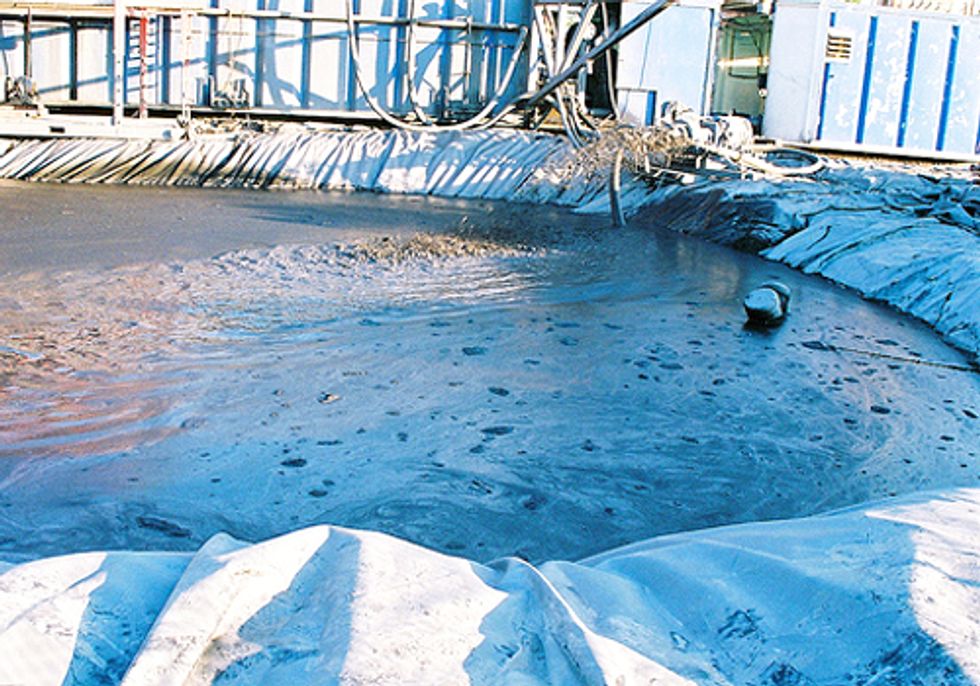 Hydraulic fracturing, or “fracking,” has generated growing controversy in the past few years. New research from the Pacific Institute finds the real issues around its impacts on water are shared by stakeholders from government to industry to environmental groups—and point to the need for better and more transparent information in order to clearly assess the key water-related risks and develop sound policies to minimize those risks.

Much of the public attention on hydraulic fracturing has centered on the use of chemicals in the fracturing fluids and the risk of groundwater contamination. But the new study finds that while chemical disclosure can be useful for tracking contamination, risks associated with fracking chemicals are not the only issues that must be addressed. The massive water requirements for fracking and the potential conflicts with other water needs, including for agriculture and for ecosystems, pose major challenges. Methane contamination of drinking water wells is also a concern according to some field studies, as are the serious challenges associated with storing, transporting, treating and disposing of wastewater.

The report—Hydraulic Fracturing and Water Resources: Separating the Frack from the Fiction—is a detailed assessment and synthesis of existing research on fracking as well as the results of interviews with representatives from state and federal agencies, industry, academia, environmental groups and community-based organizations from across the U.S. Interviewees identified a broad set of social, economic and environmental concerns, foremost among which are impacts of hydraulic fracturing on the availability and quality of water resources.

“Despite the diversity of viewpoints among the stakeholders interviewed, there was surprising agreement about the range of concerns associated with hydraulic fracturing. Among the most commonly cited were concerns about spills and leaks, wastewater management and water withdrawals,” said Heather Cooley, co-director of the Pacific Institute Water Program. “In addition to concerns about impacts on water resources, social and economic concerns were identified as well, such as worker health and safety and community impacts associated with rapidly industrializing rural environments.”

Hydraulic fracturing refers to the process by which fluid is injected into wells under high pressure to create cracks and fissures in rock formations that improve the production of these wells. Energy analysts, including the Energy Information Administration (EIA), project that the U.S. will become increasingly reliant on natural gas, with production projected to increase by nearly 30 percent over the next 25 years.

The growth in natural gas production is driven by a dramatic increase in domestic shale gas production, and by 2021, the U.S. is projected to be a net exporter of natural gas (U.S. EIA 2012). The rapid development of unconventional natural gas resources—such as shale—has been largely facilitated through the use of directional (horizontal) drilling and hydraulic fracturing.

Hailed by some as a game-changer that promises increased energy independence, job creation and lower energy prices, fracking has led others to call for a temporary moratorium or a complete ban due to concern over potential environmental, social and public health impacts. The research finds that the lack of credible and comprehensive data and information is a major impediment to a robust analysis of the real concerns associated with hydraulic fracturing.

“Much of what has been written about the interaction of hydraulic fracturing and water resources is either industry or advocacy reports that have not been peer-reviewed, and the discourse around the issue to date has been marked by opinion and obfuscation,” said Cooley. “More and better research is needed to clearly assess the key water-related risks associated with hydraulic fracturing and develop sound policies to minimize those risks."

Visit EcoWatch's FRACKING and WATER pages for more related news on these topics.

Based in Oakland, Calif., the Pacific Institute is a nonpartisan research institute that works to create a healthier planet and sustainable communities. Through interdisciplinary research and partnering with stakeholders, the Institute produces solutions that advance environmental protection, economic development and social equity—in the West, nationally, and internationally.