Fracking and Flooding in Colorado: The More We Know the Worse It Gets 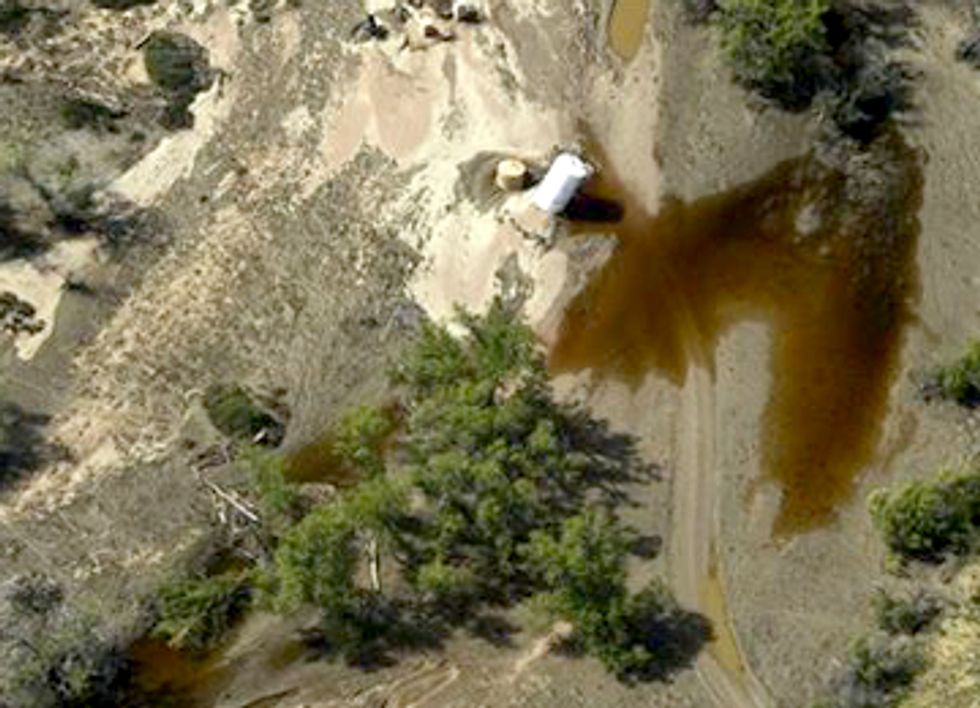 The Colorado Oil and Gas Conservation Commission (COGCC) reported three new spills today from damaged oil and gas wells caused by the torrential rains and subsequent flooding that continues to batter the state of Colorado.

Oil workers try to lift a storage tank for condensate that was knocked over by floodwaters from the Platte River at an oil well site near LaSalle, CO, on Friday, Sept. 20. Condensate is the mix of oil and water that is pumped out of the ground. The tank was intact and had not leaked. Photo credit: AP/ Chris Schneider

As reported on EcoWatch last week, displaced condensate tanks near Greely and Kersey, CO, used to store liquid waste from drilling operations, have tipped over and are leaking.

According to the Associated Press, the three new spills include: 5,100 gallons of oil from a Noble Energy facility east of Kersey; 2,500 gallons from a PDC Energy location east of Greeley; and an unknown volume from a Mineral Resources operation west of LaSalle. The three new spills were discovered as flood waters began to recede. This brings the amount of crude spilled to more than 34,500 gallons, or about 822 barrels, so far since flooding began.

"The more we know, the worse it gets, and it's not over yet," said Gary Wockner of Clean Water Action. "The State of Colorado needs to continue inspecting and reporting, and then testing water and soil for contamination."

The COGCC teams are now tracking 11 "notable leaks" but continued to be hampered by wet and slow-going conditions.

"The industry needs to clean it up and be held accountable," Wockner continued. "Afterwards, the state needs to initiate new rules for drilling and fracking near rivers and in floodplains to avert this kind of disaster in the future."