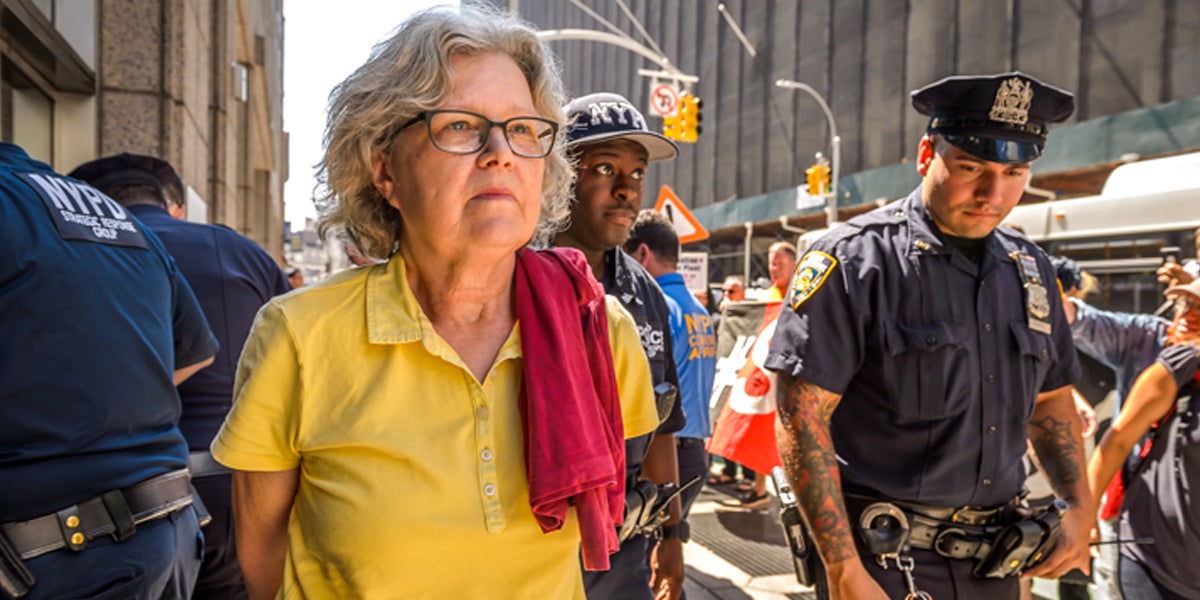 On Aug. 29, 2015, I was getting ready for another semester of teaching at Long Island University Post. One year later, I was in jail.

On Aug. 29, 2016, I was arrested for a peaceful protest in front of National Grid’s Brooklyn headquarters. How does one go from the Ivory Tower to behind bars? From professor to protester? Let me explain. 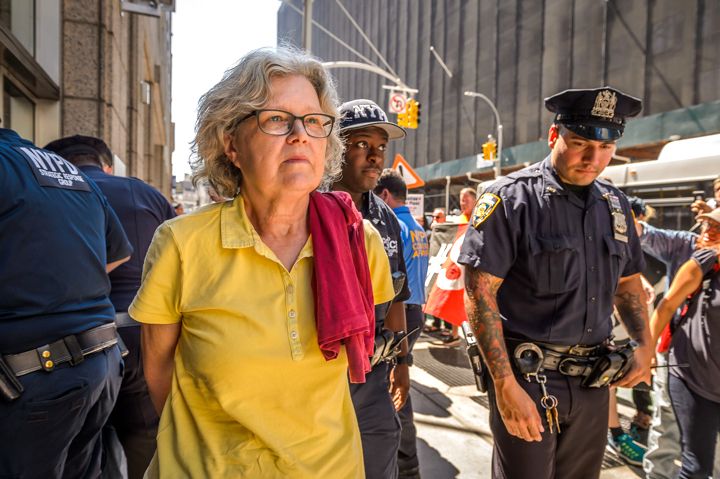 When I first taught American environmental history in the 1990s, it was a hopeful enterprise. Students learned about the growing burden that industrialization placed on the air and waters of the U.S. and about the citizens who confronted these challenges. They learned of those Americans who set up parks and nature preserves, mandated food inspection and addressed workplace safety.

I taught them about the great burst of national unity in the 1960s and 70s, when Republicans and Democrats worked together to make history. They created the U.S. Environmental Protection Agency and wrote legislation that by the 1990s was making us all healthier by cleaning the air, land and waters of the U.S. Though environmental problems remained in the ’90s, I wanted my students to understand the history: engaged citizens tackled serious problems and made significant progress.

By the 2010s, it was no longer possible for me to teach so optimistically. When global climate change came to public attention in the 1980s, I reduced my energy consumption. But it became clear that personal actions, while necessary, were grossly inadequate to face the tsunami of greenhouse gas emissions. And worse, there was no longer a bipartisan consensus in the U.S. about the value of protecting the environment. Powerful interests had captured one political party and hobbled the other. As a result, the federal government was paralyzed in the face of the climate crisis. 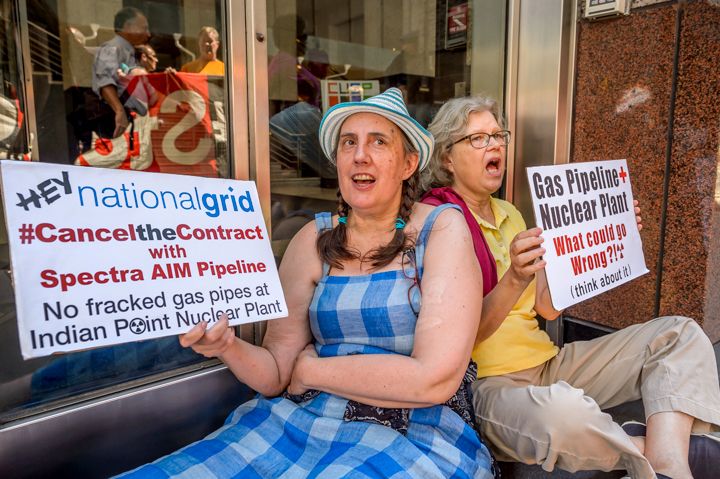 My students now faced a future filled with the disruptions of a warming world.

So I left. I retired from my associate professorship because the urgency to halt the accumulation of greenhouse gasses cannot be ignored. I’ve joined the ranks of the climate activists who have been fighting for years.

Climate activists come from many backgrounds, like the faith-focused groups who seek better care for creation, the medical groups who recognize climate change is a public health issue or the Native Americans protesting a pipeline in North Dakota. These activists move on many fronts, from renewables to public transportation to eating less meat. But we share a common goal of ensuring that the burdens of the transition to a low-carbon economy don’t fall on those least able to absorb those burdens. In many ways this echoes the active citizenry that accomplished so much in decades past, replenishing the hope that once flowed effortlessly to my students in the classroom.

Time is short and the odds still long, but I will do everything I can. On Aug. 29, I was arrested while participating in a non-violent direct action. Eight of us blocked the doors of the Brooklyn offices of National Grid, a partner in the Algonquin Incremental Market (AIM) pipeline. Spectra Energy is currently laying this 42-inch diameter pipe across a wedge of New York State, to bring fracked gas from Pennsylvania to National Grid subsidiaries in Massachusetts and Rhode Island.

The AIM pipeline has no benefit for New York State, where fracking for gas like this is banned. Yet it forces us to bear the risk. Compounding the normal dangers of pipes carrying gas, AIM runs right past the aging Indian Point Nuclear Power complex in Westchester County. If this Spectra pipeline were to explode like a Spectra pipeline in Pennsylvania did in April, the resulting damage to the nuclear facility could be catastrophic.

Mayors and town councils all along its route have called for its halt. New York’s Gov. Cuomo asked Spectra to pause while an independent safety study is conducted. New York senators Schumer and Gillibrand asked the Federal Energy Regulatory Commission (FERC) to put a halt to construction while such a study is carried out.

Spectra and FERC both declined these requests. 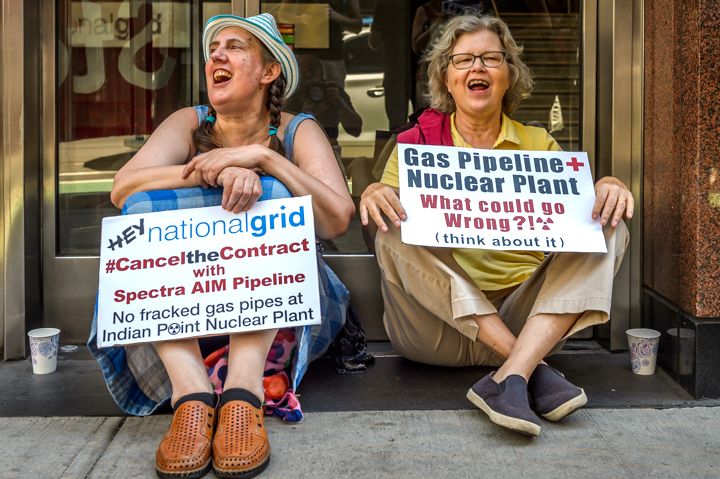 And so, with government helpless, activists have turned to the prospective purchaser. We want National Grid to cancel the contract to buy this gas and instead commit to moving towards clean energy. With no buyer for its gas, this pipeline project would no longer be economically viable.

We need to stop building the fossil fuel infrastructure that will commit us to burning gas for the next 40 years. We need to shift decisively towards renewable energy. That is the infrastructure we should be building.

But activists can’t do it alone. The pipeline is scheduled for completion in November, so we don’t have the time it took to build the Keystone XL movement. It must be stopped now. Now is the time for leaders like Schumer to step up and tell FERC to do its job protecting Americans.

For years I did my job, teaching the next generation about the progress made by previous ones. Now I feel it’s my duty to be part of that process.

Sara Stidstone Gronim joined 350Brooklyn.org to work with others on local solutions to climate change. She was formerly an associate professor of history at the Post campus of Long Island University.