Fracking—A Bad Bet for the Environment and Economy 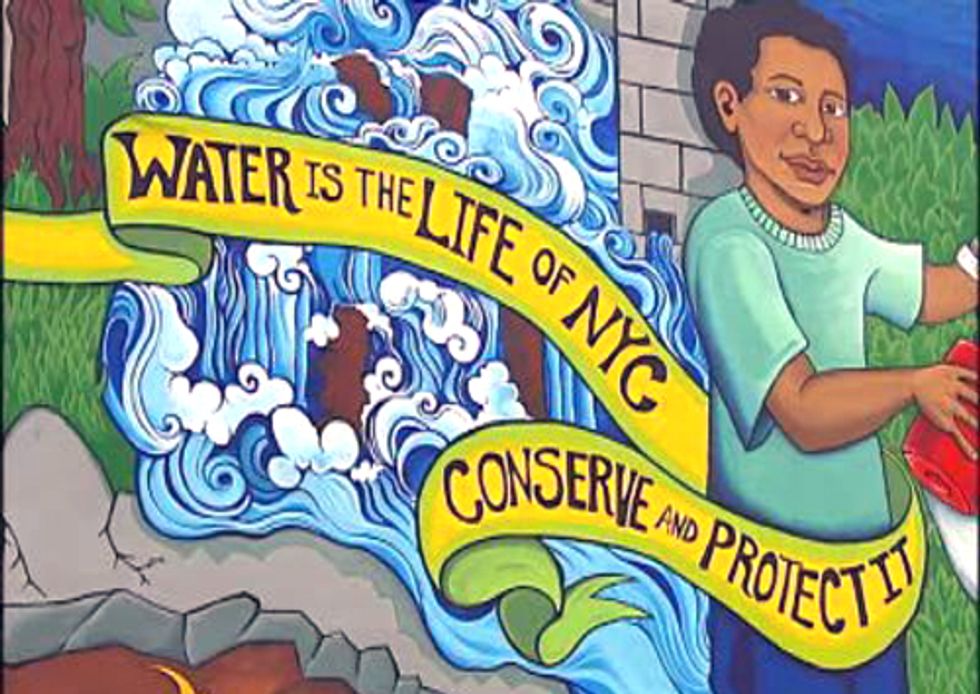 As New York considers new hydrofracking regulations that would allow companies to drill an estimated 48,000 gas wells across the rural countryside, many see the pitched battle over the state's fracking plan as a tug-of-war between the environment and the economy. In reality, both will suffer if the frackers get their way.

Riverkeeper, the organization I lead, is devoted to protecting the Hudson River and the drinking water supply for nine million New Yorkers. We originally engaged with this issue to protect New York City's drinking water, but the risks go far beyond one watershed, even one so important it serves the nation's largest city.

The risks posed by hydrofracking are dead serious. Those YouTube clips that show people lighting their drinking water on fire? They're not isolated cases: Duke University recently proved that drinking water wells near hydrofracking sites have 17 times more methane than wells not located near fracking. Fracking operations have generated billions of gallons of radiation-laced toxic wastewater that we can't manage properly and forced families to abandon their homes because of dangerous levels of arsenic, benzene and toluene in their blood. Fracking's caused earthquakes in Ohio and Oklahoma, ozone in Wyoming that out-smogs L.A. and a 200 percent increase in childhood asthma in parts of Texas. A top federal scientist admits we just don't know enough about all the different ways fracking can make us sick.

Given this parade of horribles, it's no surprise that environmentalists aren't alone in warning against New York's rush to frack—dozens of counties and towns in the Empire State have imposed moratoriums or bans on fracking. It's also no surprise that only 13 percent of New Yorkers polled by Quinnipiac College believe that fracking is safe for the environment. Yet, the frackers are still icing champagne, in anticipation of a thumbs-up later this year. They know that a whopping 30 percent of all New Yorkers are so worried about the economy they want fracking to happen whether or not it's safe for the environment.

You've got to wonder what those folks would say if they knew that fracking has so many drawbacks it would leave New York in worse economic shape, not better.

Road maintenance alone will cost communities up to $375 million, according to a draft report by the state Department of Transportation, since each well generates about 4,000 extra heavy truck trips. Many local officials and businesspeople warn that fracking will erode New York's all-important tourism sector, by "creating an industrial landscape that far outlives the profitability of gas extraction." Studies show that drill-friendly communities do worse than others in personal income, employment growth, economic diversity, educational attainment and ability to attract investment. Then there are the risks to private property and real estate. Several major national lenders refuse to grant mortgages to homeowners with gas leases; fracking puts as much as $670 billion in secondary mortgage debt at risk.

What's truly scary is that state officials have ignored all this evidence about hydrofracking's potential to ruin our economy. The state did prepare an Economic Assessment Report on fracking, with the help of a consultant. But, it appears that the consultant was asked to study only the economic benefits of fracking, as the report spends a scant seven pages dismissing concerns about fracking's negative economic impact, in terms so superficial they'd make a booster blush, while devoting 250 pages to fracking's supposed benefits.

New York is one of the few states yet to give in to the frackers. That could change within months—unless Gov. Andrew Cuomo pays heed to the tens of thousands of his constituents who have already spoken out against fracking, and the tens of thousands more who are expected to do so before the public comment period closes Jan. 11.

If Gov. Cuomo does give fracking the green light, watch out. The drillers are going to have one hell of a party, and we New Yorkers will end up with the hangover. However, if our famously rational governor thinks this one through, he can avoid disaster. The facts show that hydrofracking doesn't just destroy air and water quality, undermine community character and make people sick. Fracking would also do serious harm to New York's economy. Net-net, fracking is simply a bad bet.

No question that America needs a sustainable energy plan, but fracking is neither safe nor sustainable nor good for the economy. Those who say it is are selling snake oil, not natural gas.