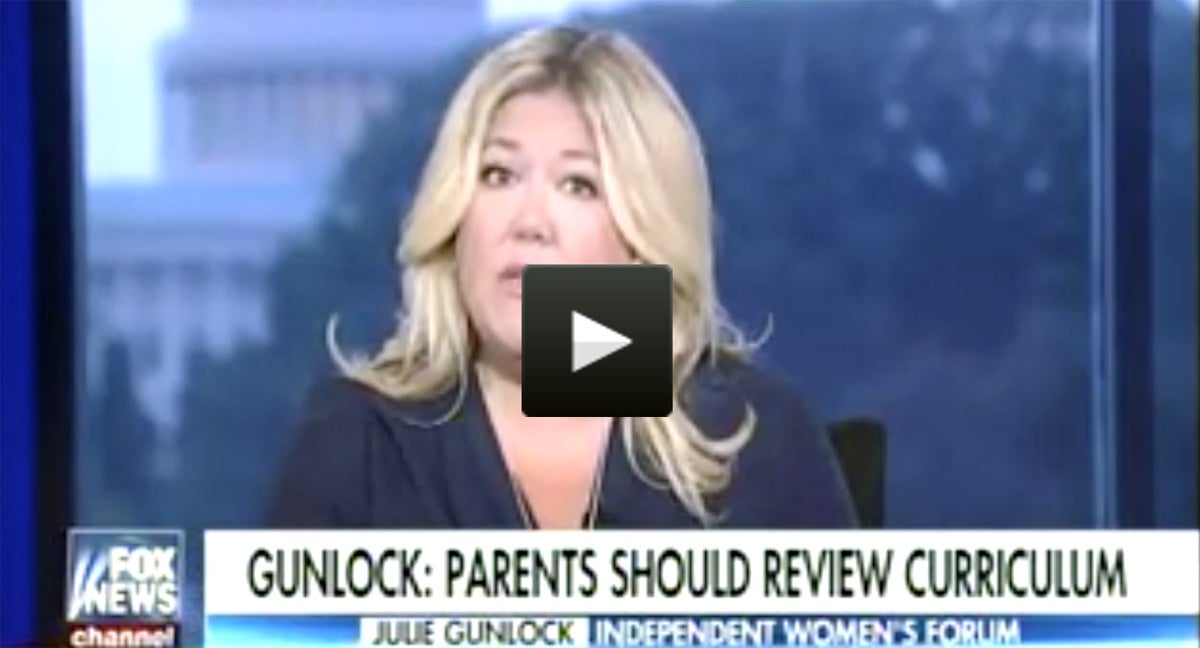 From the Sept. 1 edition of Fox News’ Fox & Friends:

JULIE GUNLOCK: Well, you’re right. More and more now these schools, elementary schools, middle schools are taking on the role—are really supplanting parents. You look at schools today. Kids can be dropped off at 6:30 in the morning. They get three meals a day. There’s after care. There’s even health care services at some schools. So, really schools have tried more and more to take on the role of parenting, and now we’re seeing it in political issues. They’re telling children this is how you should think about certain issues. This is how you should believe. This is the correct way to think on these issues. It’s very disturbing, and parental rights are absolutely left out of the picture.

HEGSETH: We see it more and more every year. California’s being criticized for allowing transgender issues to be taught in the classroom.

HEGSETH: A New York school board wants to include climate change in what they’re instructing their students.

HEGSETH: You say parents need to be actively and aggressively involved. What does that mean?

GUNLOCK: I really do. I think particularly conservatives tend to be very polite and quiet, and they don’t like to sort of cause a stir. But you’ve got to do that. You’ve got to go to your school. Meet with your principal. Meet with your teachers. Ask for the curriculum. Review it, and if there is something that you don’t like, opt out. Now, some states don’t allow people to opt out, and that’s very unfortunate. But that is why it’s important at the beginning of the year that you meet with the officials at the school and say I don’t want this happening. I don’t want politics in the classroom. And there are certain subjects that I believe, as a parent, I need to talk to my child, not the teacher.

HEGSETH: That’s a great recommendation. And run for school boards so that you can be a part of changing it if you want to. But too many parents, you’re right, are disengaged. They don’t understand that even our public schools today so many of which have an agenda.