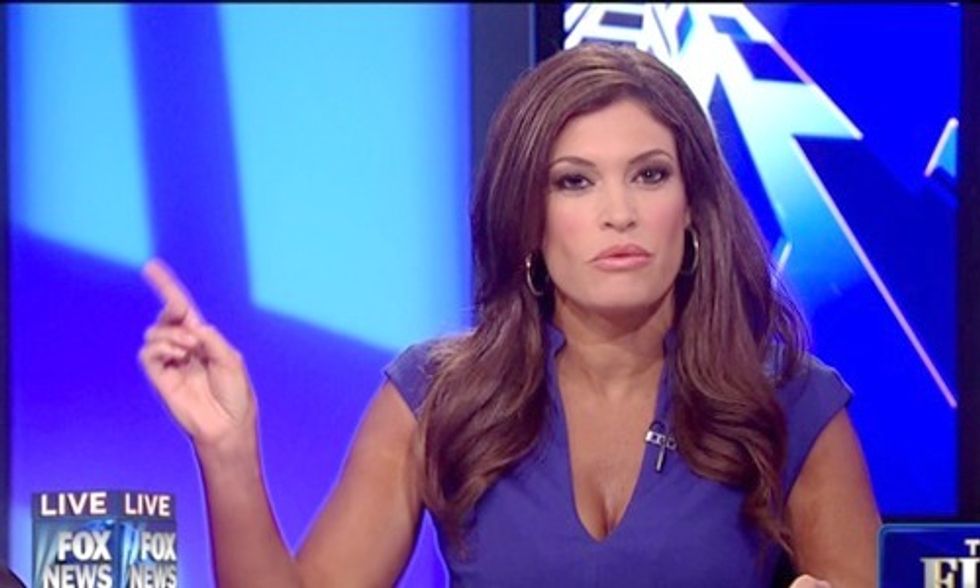 "To me, it’s such a glaring example of priorities askew," said Kimberly Guilfoyle, one of the hosts of Fox News The Five. "I fail still at this point to understand where he’s coming from because I don’t speak the language he speaks. ... He thinks the biggest threat to national security is climate change. Whoa. Where do you even go from there?" Guilfoyle feels that the increasing crime rate is a much more serious issue than climate change.

Co-host Greg Gutfeld agreed with Guilfoyle, saying the President is more concerned with the "academic, climate change-obsessed community" than communities that have seen an increase in crime.

"He should work for The Weather Channel," offered Guilfoyle. "He’s like, obsessed with cumulus clouds."

The two hosts aren't the only ones who think the President has misplaced priorities. Gov. Scott Walker, a Republican presidential candidate, told a crowd gathered in North Charleston, South Carolina today that he has to "respectively disagree" with the President that climate change is the greatest threat we face. "The greatest threat to Americans is radical Islamic terrorism and we need to do something about it," said Walker.