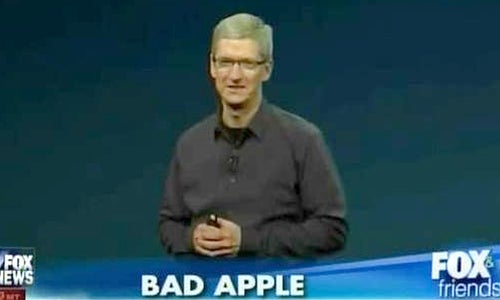 Fox News quickly went on the attack after Apple CEO Tim Cook told a think-tank representative to “get out of stock” if his organization wasn’t on board with Apple’s sustainability efforts.

While some of the anchors and pundits on Fox’s news and business TV channels questioned whether Cook’s comments at the annual shareholders meetings were bad for business, others accused the executive of putting “politics before profits.” Fox News host Sean Hannity went as far as to say that he would withdraw his own shares of Apple because of the issue.

As Media Matters points out, there’s one problem with that: Much like Apple,  21st Century Fox, the parent company of the TV channels, also prides itself on “minimizing its impact on the environment.” The company’s website includes a page of carbon analyses, case studies and announcements of various “carbon-neutral” productions. 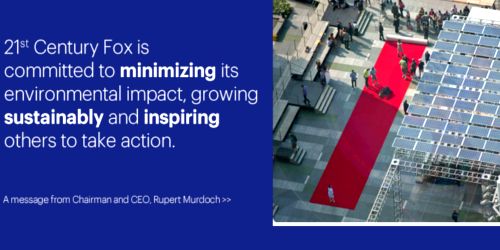 “Hannity’s bizarro version of the fossil fuel divestment movement would have to extend to Fox News’ parent company 21st Century Fox as well. Chairman Rupert Murdoch has trumpeted FOX’s efforts to “become carbon neutral” and the corporation touts sustainability efforts at Fox News and Fox Business … This is not the first time Fox News has politicized voluntary corporate social responsibility measures. Earlier this month, Fox News criticized CVS for announcing it would stop selling cigarettes, asking if it was potentially illegal for the pharmacy chain to do so.”

Last year, Apple pledged to power its iCloud data centers with renewable energy instead of coal. The company added a Reno, NV data center to its list of structure that wold  be powered with renewables.

About three-quarters of Apple’s facilities are powered by renewable energy.