Fox Is Now Literally an Ad for the Coal Industry 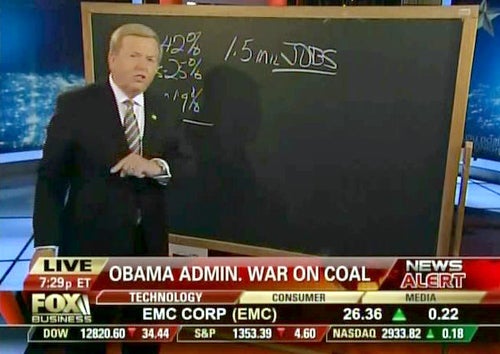 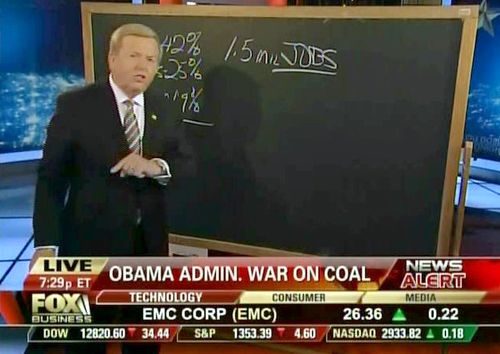 Fox News and Fox Business star in the coal industry’s newest ad attacking the Obama administration. Relying heavily on footage from Fox, the ad promotes the Fox narrative that the U.S. Environmental Protection Agency (EPA) is waging a “war on coal” and forcing coal plants to close. Like Fox, the ad fails to mention that the EPA is simply following its legal obligations under the Clean Air Act to set limits on pollution and that many of the coal plant closures are actually due to competition with cheap natural gas plants.

The ad also mirrors Fox’s recent attempt to blur the lines between potential technology that would capture and bury carbon dioxide emissions from coal plants (so-called “clean coal“) and the same old coal that continues to emit more carbon dioxide than any other fuel, not to mention mercury and other toxic pollutants. The ad purports to show “Candidate Obama vs. President Obama on Clean Coal,” but it really shows candidate Obama on “clean coal” vs. President Obama on dirty coal. Fox Business’ Lou Dobbs helped fuel the misinformation by obscuring this distinction in a segment on Obama’s coal policies.

Fox & Friends later piled on saying that Obama wants you to “buy into the fact that he’s buying into clean coal.” But the Obama administration has supported “clean coal” technology—the stimulus bill allocated $3.4 billion for carbon capture and sequestration research and development.

While Dobbs and the ad tout how “affordable” coal is in order to argue against EPA regulations, a study by centrist economists concluded that coal may be “underregulated” since the price we pay for coal-fired power doesn’t account for the costs imposed on society by air pollution.