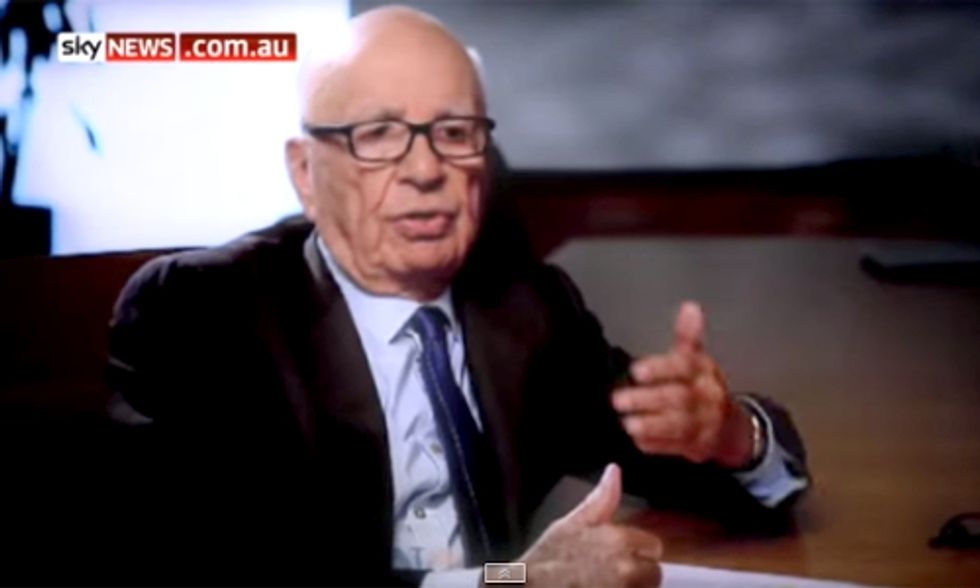 A little bit of climate change never hurt us, if you ask Rupert Murodch.

The media and business magnate behind News Corporation and 21st Century Fox talked to Sky News Australia—which he also owns—about why the climate crisis isn't a big deal. We can't stop it anyway, he says.

It's not unlike the views personalities and politicians share on his Fox News network.

"We should approach climate change with great skepticism," he said. "Climate change has been going on as long as the planet is here.

"There will always be a little bit of it."

Climate change has been a point of controversy any time it is mentioned in the same sentence as Fox News. In April, a Scientific American editor said that he was told not to mention climate change during a segment about what could happen in science over the next five decades.

In March, the network blasted Apple CEO Tim Cook for telling investors to get out of stock if they weren't on board with the company's sustainable solutions.