Four Lessons From the U.S. for Countries About to be Fracked 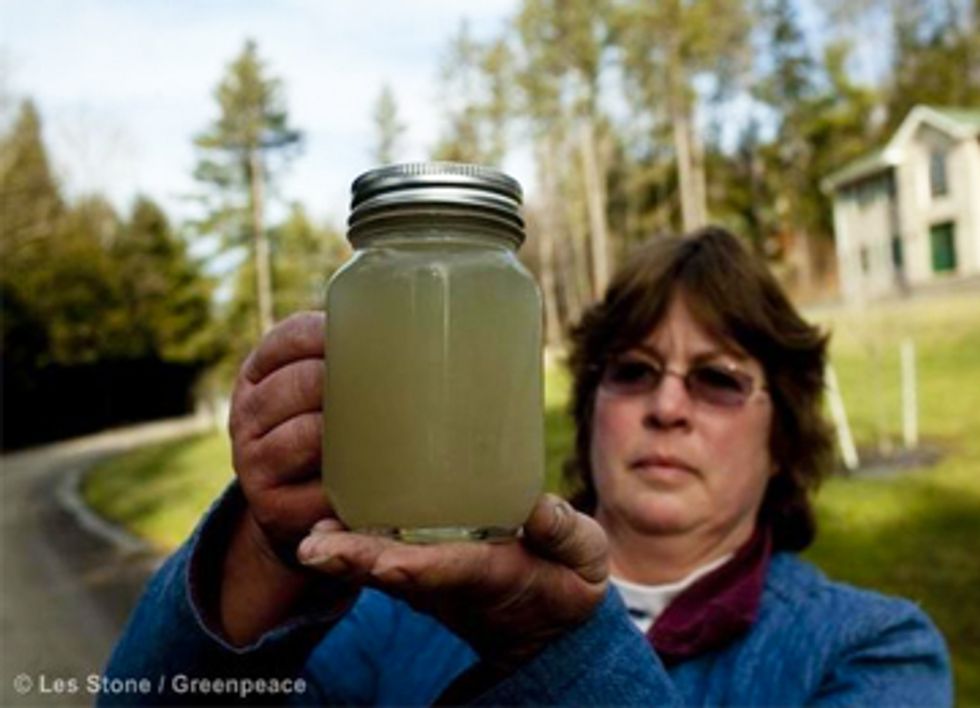 The U.S. has blessed the world with many wondrous things. Atomic bombs and peanut butter. Assembly lines and CocaCola. And now there is another American invention posed to spread past our borders and into your water supply: Fracking. Fracking is a technique used by the oil industry to blast apart underground shale rock layers using liquids at high pressure. The process has allowed the oil and gas industry to reach deposits of fossil fuels that were previously unreachable, and has ignited a massive increase in drilling in the U.S. It has also exposed and exacerbated the problems of fossil fuel exploitation, from pollution and environmental degradation to the social ills associated with an economy based on resource extraction. Here are some lessons we in the U.S. have learned about fracking and the companies that frack us.

Fracking Companies have Systematically Run Over Communities in the U.S.

An oil company moves into a small village. Soon pollution and poor treatment of the town’s resources by the oil corporation cause widespread outrage. To quell dissent, the oil company employs ex-soldiers and military tactics. Most Americans have the hubris to think that this would only happen in places like Indonesia and Niger—but this is the story of rural Pennsylvania, where Range Resources hired military personnel to conduct Psychological Operations, or Psyops, on Pennsylvanians opposed to drilling and fracking. One fracking executive even referred to people opposed to drilling as an “insurgency,” and recommended that other fracking companies read the Army and Marine Corps counterinsurgency manual.

Fracking companies are also fighting to nullify and prevent local fracking bans. In response to the dangers of drilling, communities above the oil and gas fields have begun to vote on and pass local bans on fracking. The fracking industry has fought back with lawsuits and political pressure, seeking to overturn the democratically voted-on resolutions.

A woman in Pennsylvania displays tap water contaminated by fracking

When everything goes as planned, fracking contaminates huge amounts of fresh water. In order to frack, large quantities of water and chemicals must be injected underground—two to 10 million gallons per well, per frack, and each well can be fracked multiple times. The water that gets pumped underground is purposefully laced with carcinogenic chemicals to create frack fluid, most of which stays in the well, locked underground and out of the hydrological cycle forever. What comes back to the surface, called “flowback,” is heavily contaminated by the chemical mixtures that comprise the frack fluid, as well as dissolved salts and heavy metals from deep within the Earth. Estimates from the industry indicate that drillers in Pennsylvania created approximately 19 million gallons of this wastewater per day in 2011.

When things don’t go as planned, fracking fluid spills into waterways, gets dumped into streams and rivers, or leaks underground contaminating underground aquifers.

In Texas, the demand for water for fracking was so high, an entire town was sucked dry for days on end. Texas is now building over 60 miles of water pipeline to supply the town of Barnhart, because of the water demands of fracking.

In Spite of Industry Claims, They Can’t Predict Exactly What Will Happen Underground During Fracking.

It is important to note that the high volume hydraulic fracturing we now know as fracking is a new process. The same fracking public relations machine that tells you fracking is decades old and therefore completely safe, also hails an oil man named George Mitchell as “the father of fracking.” Mitchell revolutionized the process in 1997 by adding the “high volume” part, and fracking today is done on a scope and scale that has no precedent.

Therefore it is only recently that real studies on high volume fracking have begun. Studies on such basic things as how far the fractures can go underground have already found that the fissures underground go much farther than frackers thought, a troubling revelation.

Other studies have found that the cement and steel pipes that protect aquifers from fracking fluid fail at startling rates, which causes contamination of water wells.

Fracking Leaks Methane and Other Dangerous Chemicals Into the Atmosphere at Alarming Rates.

Methane, like carbon dioxide is a greenhouse gas. But methane is 105 times more powerful than carbon dioxide, making even modest leaks of methane dangerous to the stability of the climate. A recent study in Colorado found that fracking wells were leaking at a rate of 60 tons of methane per hour, an astonishing rate of leakage.

Some boosters of fracking and fracked gas say that gas is a boon to the climate because it is less carbon polluting than coal. But even they admit that gas is only better than coal if less than 3.4 percent of the methane escapes unburned into the atmosphere. The leakage rates in Colorado, which amounted to 12 percent, indicate that fracked gas may be orders of magnitude more detrimental to the health of our climate than any other source of emissions.

Furthermore, the gas leaking from fracking wells is not only harmful to the global climate. It is also dangerous to breathe, being comprised of Volatile Organic Compounds (VOCs), which cause range of deleterious health effects including cancer. Studies have found significant VOC pollution due to fracking.

So, What Would We Recommend to a Country and a People on the Verge of Being Fracked?

Watch out for unsubstantiated industry claims that fracking is safe and environmentally responsible. Fracking companies have spent millions on PR efforts to influence public opinion, very successfully in the U.S. Read the stories of people affected by fracking. Realize it is no panacea for the climate or for the economy. And let your voice be heard.