Four Eco-Documentaries that will Fuel Your Fire 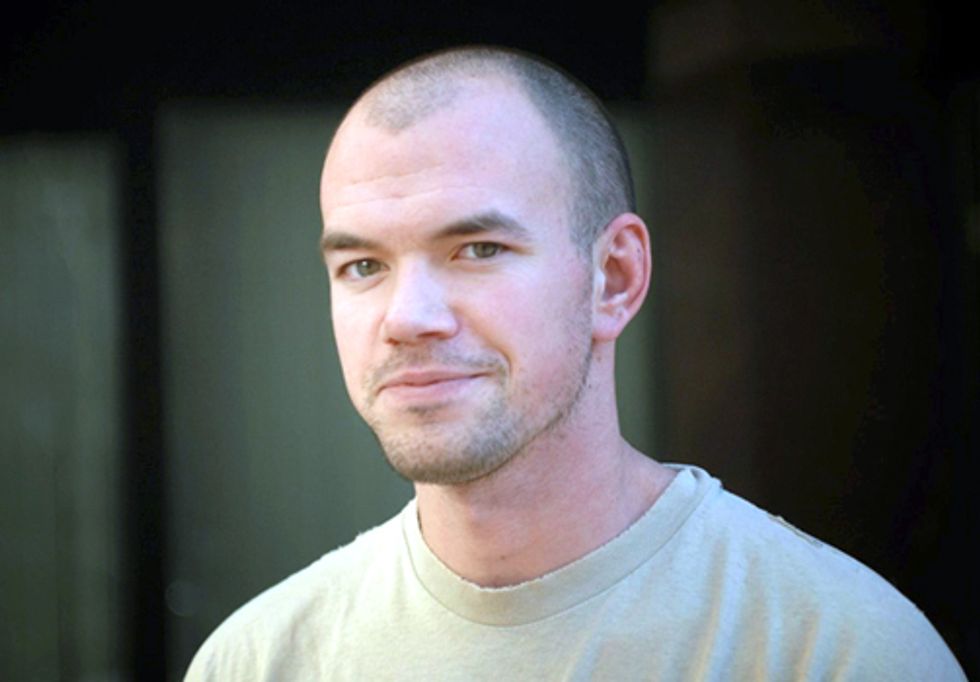 After watching four films in two days at this year's Cleveland International Film Festival highlighting the magnitude of problems plaguing our world, you might think I'd be ready to crawl into a hole. But how can I hide from these issues that are in desperate need of people advocating for solutions? So, I'm going to keep doing what I've been doing for the last 24 years and take what I've learned—or been reminded of—in these films and educate others on the importance of protecting our natural resources, adopting sustainable practices, getting money out of politics by abolishing corporate personhood and engaging in democracy.

DeChristopher's heroic act of non-violent civil disobedience, in a time of environmental crisis, got him indicted and convicted on two federal charges, and on June 23, 2011, he was sentenced to two years in federal prison. In his 35-minute address at the sentencing hearing, DeChristopher, said, “My future, and the future of everyone I care about, is being traded for short-term profits. I take that very personally. Until our leaders take seriously their responsibility to pass on a healthy and just world to the next generation, I will continue this fight.”

DeChristopher's actions and sacrifices draw attention to the lack of an American energy policy that eliminates subsidies to the fossil fuel industry and creates the path toward a renewable energy future. After he was indicted, DeChristopher formed Peaceful Uprising, an organization focused on defending a livable future through empowering nonviolent action.

Another must-see film, Last Call at the Oasis, based on Alex Prud'homme's The Ripple Effect and directed by Jessica Yu, exposes the global water crisis we face today and the profound problems that lie ahead.

From water rights battles between Arizona farmers and California fisheries to algae problems in the Great Lakes—in part caused by concentrated animal feeding operations better known as CAFOs—to unprecedented drought in Australia to the plight of the Jordan River in the Middle East to Africa and India and other parts of the world that struggle daily to find clean drinking water, Last Call at the Oasis does an outstanding job identifying the water issues impacting every corner of the world.

Early in the film, Glennon sums up the issue by saying, "When you use water in such quantities that it exceeds the capacity of the system to renew itself, we have a problem."

Gleick provides solutions to our water crisis and says, "If we were smart we would drastically rethink agriculture and urban water use."

Brockovich, with her unique ability to inspire and inform, says that "there's a common agenda for all of us, for every walk of life, and that's water."

If there's one film that every human on earth should be required to watch, this is it.

In the film Dirty Energy, filmmaker Bryan D. Hopkins tells the untold story of the disastrous effects that the Deepwater Horizon explosion and oil spill in the Gulf of Mexico had, and is still having, on the economy and people of America’s Gulf Coast. If you want a true accounting of what is still going on after the biggest accidental oil spill in world history see Dirty Energy.

Author, activist and public speaker Riki Ott is highlighted in the film. Soon after the April 20, 2010, Deepwater Horizon explosion, Riki left her home in Alaska and spent one year in the Gulf coast sharing her experiences and knowledge gained by the Exxon Valdez oil spill in hopes that the same mistakes wouldn't be repeated.

Unfortunately, the situation in the Gulf is not what BP or the government want you to think. The impacts of the spill have not ended and we need to stand with the people of the Gulf to ensure that BP is held accountable for the economic devastation and long-term health impacts on this region.

If you're looking for a film that portrays the ultimate in dedication toward a better world, watch Jon Shenk's The Island President. The film follows the life of Mohamed Nasheed from his time as a political prisoner through his first year in office as president of Maldives, a country consisting of more than 2,000 islands in the Indian Ocean.

After bringing democracy to Maldives, Nasheed faces the even bigger challenge of climate change. Rising sea levels threaten to submerge the islands of Maldives, considered the lowest lying country in the world, and destroy the nation and its culture.

The film provides a rare behind-the-scenes glimpse of the negotiating tactics of top-level global assembly members at the Copenhagen Climate Summit in 2009. The complexities of finding common ground and passing a global climate change policy are explicitly portrayed in this movie.

I encourage you to take the time to watch these outstanding documentaries in hopes that they will fuel your fire and enthusiasm to work toward a sustainable future.