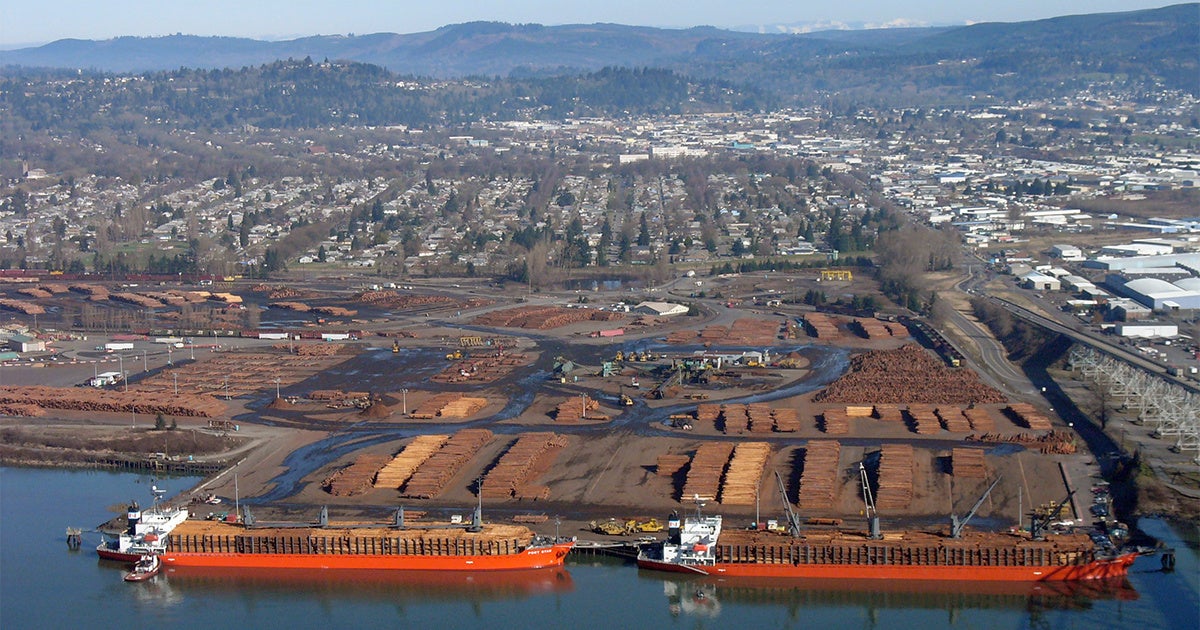 By Shawn Olson-Hazboun and Hilary Boudet

A year after Washington state denied key permits for a coal-export terminal in the port city of Longview, the Army Corps of Engineers announced it would proceed with its review—essentially ignoring the state’s decision.

This dispute pits federal authorities against local and state governments. It’s also part of a larger and long-running battle over fossil fuel shipments to foreign countries that stretches up the entire American West Coast.

We are sociologists who have studied how people respond to news about plans for big energy facilities in their communities. With President Donald Trump pushing hard for more fossil fuel production and exports, we believe it could get significantly harder for local communities to have a say in these important decisions.

Oil and gas exports have dramatically increased nationwide over the past decade, ever since technological advances turned the U.S. from a top importer of these fuels to a growing exporter.

Energy companies have sought more access to West Coast ports for decades for routes to Asia and Australia. The region’s deepwater ports, railroad and pipeline networks, and proximity to some of the nation’s most productive oil, gas and coal fields make it particularly attractive for export terminals.

In some cases, exporting through the West Coast is the only economically viable option, as longer overland transportation routes would be too costly. Moreover, shorter trips by sea to reach China and other growing Asian markets cut costs.

Yet Western ports do not export as much crude oil as other American coastal areas. 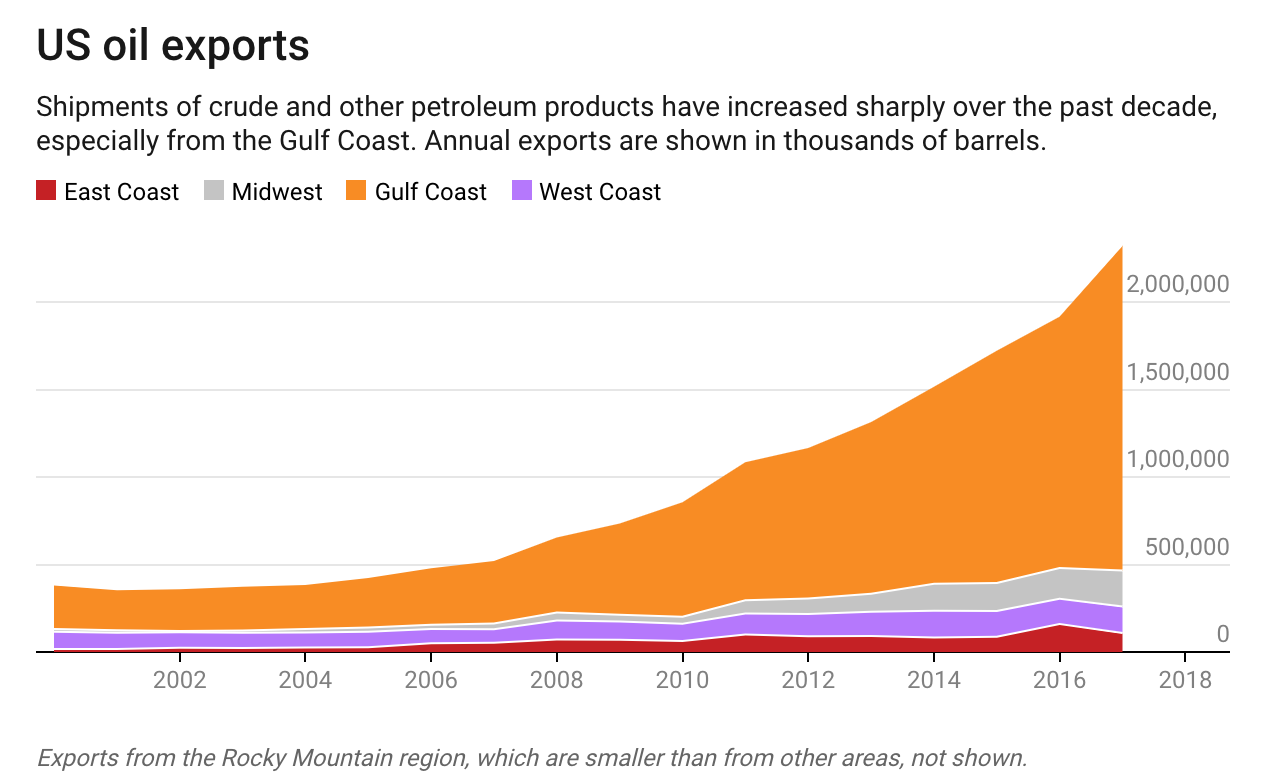 In addition, there are no facilities yet in California, Oregon or Washington for exporting liquefied natural gas, a form of the fuel that has been cooled to very low temperatures for easier storage and shipping.

This is not for lack of trying. All the numerous export terminals energy companies have proposed for liquefied natural gas up and down the West Coast have faced significant public opposition that made securing permits hard if not impossible. 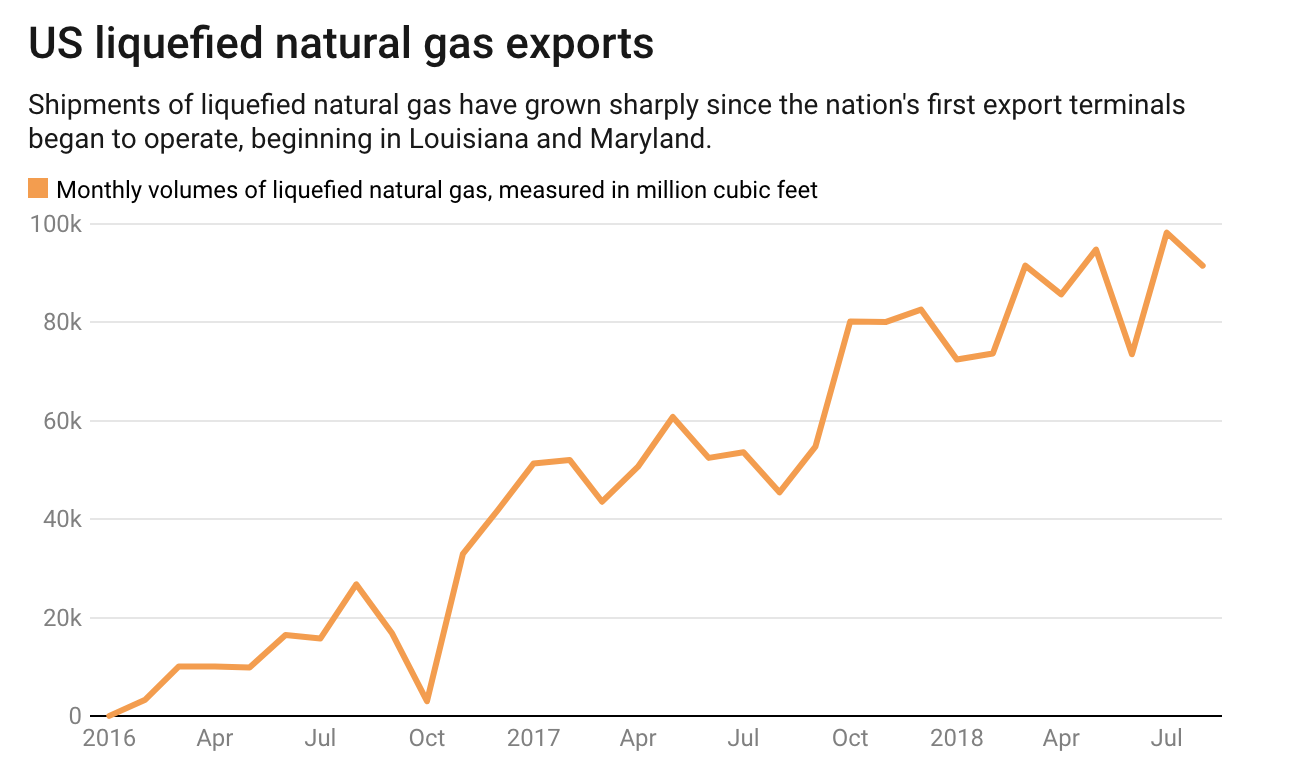 Likewise, relatively small volumes of coal are being shipped abroad from ports on the West Coast despite efforts to build new export terminals there.

With his “energy dominance” policy, Trump has emphasized expanding production and export of fossil fuels and weakening environmental regulations—including those that address climate change.

His administration is siding with energy companies and landlocked states like Wyoming and Colorado angling to ship coal, oil and natural gas mined and drilled within their borders to lucrative and growing Asian markets.

At the same time, many local and state governments on the West Coast are on board with demands made by environmental activists for renewable energy development and advocates for more local control over development.

They point to oil train derailments, the public health perils of increased diesel fumes and coal dust, and pipeline explosions and leaks. They also highlight the climate implications of shipping fossil fuels abroad that may affect the carbon footprints of other countries, where the fuel would be burned.

These people have maintained a virtual blockade against new export facilities so far. But in our study of this issue, we have found it remains unclear if the federal government will overturn or override local and state decisions to deny permits. 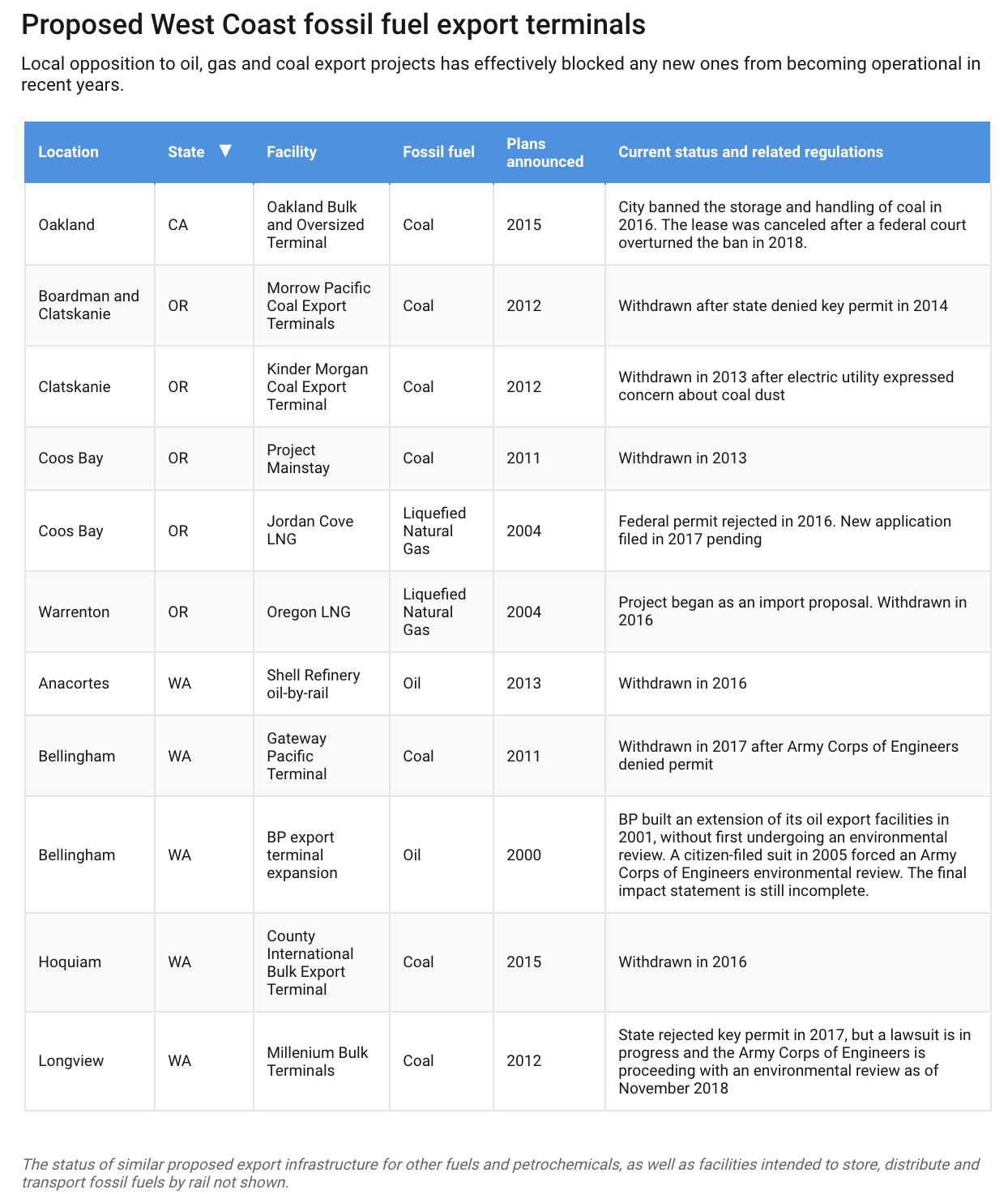 Public opinion research indicates both support and opposition for fossil fuel export depending on fuel type. Our 2017 national survey showed that about a third of U.S. citizens sampled opposed exporting natural gas, while about half supported it and almost a fifth were undecided. Our forthcoming survey of Washington residents found similar levels of opposition to natural gas exports. We also detected higher rates of disapproval of oil and coal exports, with about half of residents opposing them.

Activists in the Pacific Northwest have established what they call a “thin green line” of resistance against any big new fossil fuel infrastructure. Their protests have contributed to state and local decisions to deny permits, as well as the passage of ordinances and resolutions limiting such development. Cities like Portland, Oregon, have banned these projects altogether.

Tribal governments have actively opposed many of these proposals, too. For example, the Lummi Nation played an essential role in stopping the Gateway Pacific coal terminal proposed for Bellingham, Washington.

Legal fights have ensued. After Washington denied the permit for the Millennium Bulk Terminals coal export proposal, six interior states and several industry groups joined the company in a lawsuit. They allege that the state’s decision violated the Constitution’s commerce clause, which grants Congress—not states—the power to regulate trade.

In some cases, the courts have determined that local bans are not allowed. In others, companies have simply withdrawn proposals, especially after sustained public protests.

The administration is pursuing multiple workarounds for expanding fossil fuel export, including a recent proposal to set up export facilities on retired military bases. Energy companies and energy-producing states are trying to capitalize on the fossil-friendly administration.

For example, senators from Texas, Colorado and Montana have encouraged Trump to use his authority under the North American Free Trade Agreement, or the deal that may replace it, to override Washington state’s denial of the coal export permit.

These moves at the federal level appear to be restricting opportunities for public participation in siting decisions, a development we find troubling.

In the case of the Jordan Cove natural gas export project in Oregon, the federal agency with permitting authority over the proposal used a new process for soliciting public comments in 2017. Instead of taking part in a hearing where those attending could hear all comments, members of the public met one-on-one with agency staff and a stenographer.

In previous research, we have shown how public hearings on energy projects are critical to the formation of active community groups, who use these opportunities to connect with like-minded individuals.

While one-on-one meetings may seem more efficient and less prone to conflict, they may also stifle important local debates on these issues. And they could potentially push activists toward more confrontational tactics because they do not feel their voices are adequately heard through official channels.

In addition, some companies have used existing permits and zoning to start handling a different fuel or expand facilities without undergoing environmental review and associated public comment processes.

Despite years of successfully blocking fossil fuel exports from the West Coast, whether the thin green line will hold is far from clear. Its resilience will partly depend on what happens with global fossil fuel markets and the success of export proposals in Canada and Mexico. Its resilience will also depend on how hard the Trump administration is willing to push and how hard the West Coast is willing to push back.