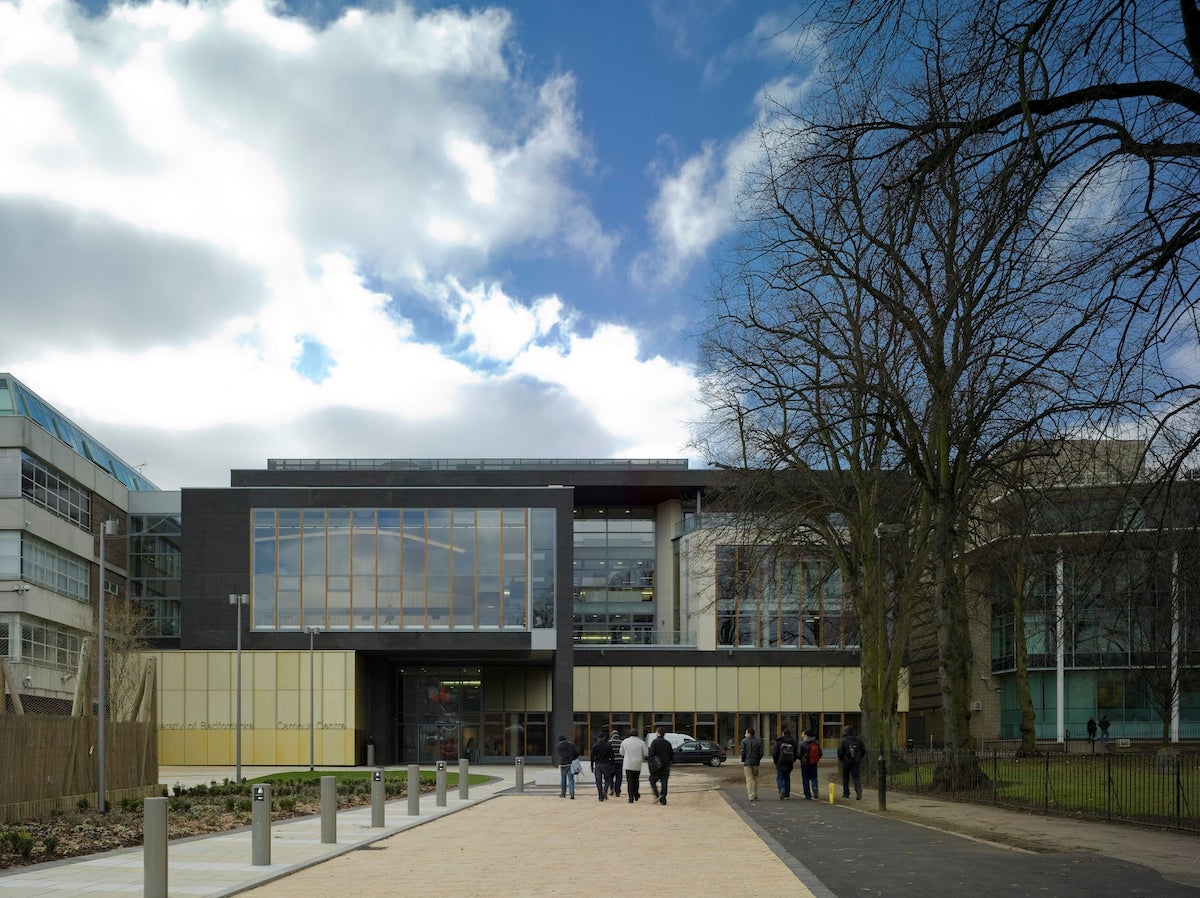 The University of Bedfordshire is one of three UK universities to end fossil fuel recruiting. View Pictures / Universal Images Group via Getty Images

Following the launch of a student-led campaign, the University of Bedfordshire, University of the Arts London and Wrexham Glyndwr University all said that their career services would end all relationships with recruiters from the oil, gas and mining industries.

“All three of these universities should be recognised for their climate leadership, being early adopters of Fossil Free Careers sets a strong precedent in the UK’s higher education sector,” Co-Director of Climate Campaigns at People & Planet J Clarke said in a press release announcing the news Tuesday. “It is vital that our universities show with actions, not words that they are taking the side of climate justice, and not of the industries driving us deeper into a climate crisis that is harming the least responsible first and worst.”

The relationship between universities and the fossil fuel industry has long been a target of student climate activists, with a long-standing campaign for schools to divest their endowments from fossil fuel companies as well as a push for institutions not to accept fossil fuel money for climate change research.

The UK Fossil Free Careers campaign is the work of the student group People & Planet that also led a decade-long divestment campaign. It has also been backed by the National Union of Students (NUS) and the University and College Union (UCU), which are the largest university student and staff organizations in the UK respectively. The campaign calls on university career services to sever their arrangements with recruiters from fossil fuel companies both because of the climate crisis and because of human rights violations, as well as in solidarity with frontline communities impacted by extractive industries. Specifically, it demands that career services:

The campaign’s first victory came in September, when Birkbeck, University of London said its career services “will not hold relationships of any kind with oil, gas or mining companies,” The Guardian reported at the time.

Wrexham Glyndwr University’s (WGU) commitment is notable because it is the first university in Wales to ban fossil fuel recruiters. Its career services’ updated Ethical Careers Policy states that it will not work with arms companies, fossil fuel companies, mining companies, tobacco companies or companies linked to animal cruelty.

“As a department of WGU that frequently acts as a bridge between students, graduates, and third-party organisations we take our responsibility to social and climate justice seriously and strive to be selective about the organisations we do and do not work with,” the policy states.

Professor David Mba, Deputy Vice-Chancellor (Research, Knowledge Exchange and Enterprise) at University of the Arts, London, said that the ban on fossil fuel recruiters was in keeping with the school’s climate justice commitments.

The University of Bedfordshire said that fossil fuel companies would be excluded from careers fairs and work placements, according to The Guardian.

Student campaigners in the U.S. are also pressuring their universities not to allow fossil fuel companies to recruit on campus. In October, for example, students from Harvard and MIT disrupted an ExxonMobil geoscience recruitment event aimed at students from both schools.

“Together, we’re rising up to make clear to our universities that opening our campuses to employers whose core business models are predicated on undermining all of our future but most especially, our futures as young people, is completely reprehensible,” Fossil Fuel Divest Harvard and Fossil Free Research organizer Ilana Cohen wrote for EcoWatch at the time.

There is also a practical problem with encouraging students to seek fossil fuel jobs: If national climate policy does rise to meet the urgency of the moment, those jobs will not be secure.

“[T]hese are industries that are going to rapidly downsize or cease to exist entirely within the working lifetime of students,” Clarke told The Guardian after Birkbeck announced its policy.

After three more UK universities signed on to its demands, the Fossil Free Careers campaign is pushing forward with a movement to persuade the University of Durham to join them. Eventually, they want every university in the UK to end fossil fuel recruitment.