What Fossil Fuels and Factory Farms Have in Common 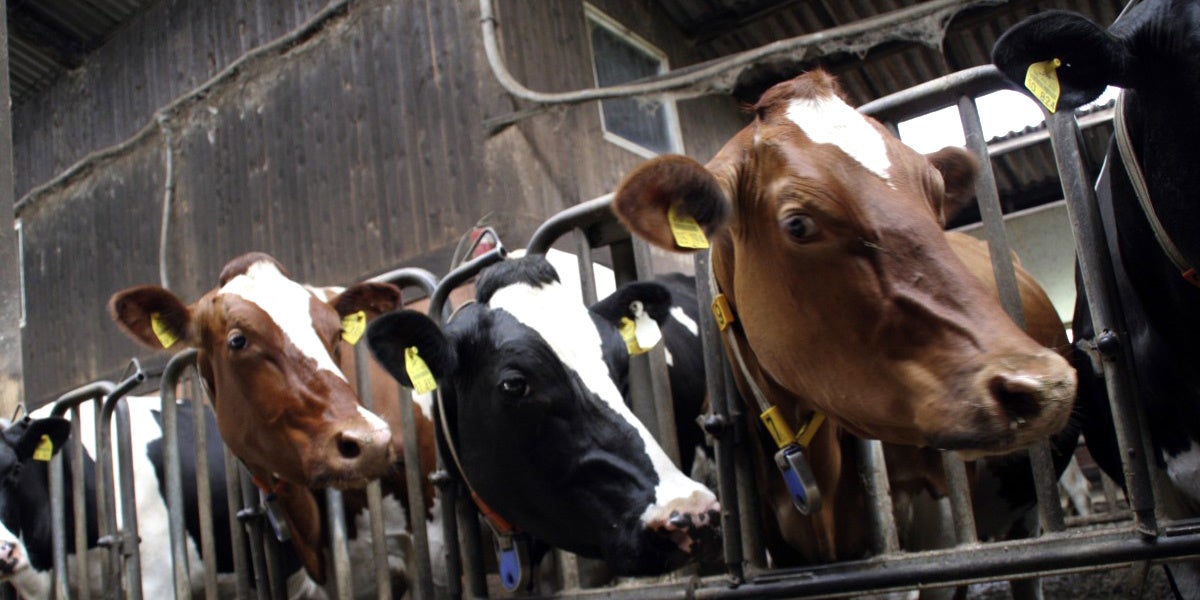 In 2008, Cabot Oil and Gas started fracking operations in Dimock, Pennsylvania. It was around that time the community started noticing their water was turning brown and making people and animals sick. One woman’s water well exploded. Fracking had come to town.

But the story is similar in other communities where fracking or other extreme fossil fuel extraction isn’t happening. Air and drinking water that’s been dangerously polluted from industrial operations affect communities across Iowa, including the state’s largest city, Des Moines. Polluting facilities are operating in Central Oregon, North Carolina, Wisconsin and Maryland. None of those places are fracking, but they are host to another environmental hazard facing rural communities: factory farms.

Like the fossil fuel cartel, this highly consolidated industry prioritizes profits at the cost of our environment. Factory farms are an industrial model for producing animals for food where thousands of cows, pigs or birds are raised in confinement in a small area. While farms can and do apply manure as a fertilizer to cropland, factory farms produce more manure than nearby fields can absorb, leading to runoff into surface waters and contaminants leaching into groundwater. And storing concentrated quantities of manure releases toxins like ammonia and hydrogen sulfide into the air, threatening nearby communities—and even leading to worker deaths. The nearly half a million dairy cows on factory farms in Tulare County, California, produce five times as much waste as the New York City metropolitan area and carries chemical additives and pathogens like E. coli, many of which are antibiotic resistant.

Factory farms are also an issue of environmental injustice. In North Carolina counties that contain hog factory farms, schools with larger percentages of students of color, and those with greater shares of students receiving free lunches are located closer to hog farms than whiter and more affluent schools. Just like with fossil fuel infrastructure, these toxic facilities are more likely to be in places that are least able to resist their development.

Yet attempts to regulate factory farms have been weak-kneed and ineffective. For example, federal law requires they report significant releases of toxic pollutants like ammonia. But the U.S. Environmental Protection Agency (EPA) actually does little to monitor, much less prevent, these emissions. In 2009, for example, the agency rolled back regulations so that only the largest facilities had to report these emissions—and only to local, not national, emergency response officials. In 2018 Congress went even further, granting an exemption from reporting requirements for air emissions created by manure on farms. Similarly, the EPA does not collect comprehensive data on factory farm size or location, making oversight impossible. And while the Clean Water Act regulates water pollution from industrial facilities, the EPA has looked the other way; the agency estimated in 2011 that less than half of the facilities required to get discharge permits had actually obtained them.

Calls to ban fracking have been proliferating since we have found that it is too dangerous to simply regulate. The inherent risks to our environment, our climate, and our communities are simply too much.

Now, we need to say the same thing about factory farms. Both industries are putting rural communities at risk so that large polluting companies can become larger and more profitable. Climate advocates who are already facing down the fossil fuel industry should find common cause with those who are fighting to stop industrial agriculture in their community.

Systemic change is needed. We can’t shop our way out of the damage that is being done to our environment by simply choosing to reduce meat consumption or ride bikes to work. While these are meaningful steps, we must also demand policy action. It’s time to reverse the decades of pro-industry policy that have made Big Ag and Big Energy bigger and badder, and create policies that start phasing out pollution from agriculture and energy.

We know how to do it: We need to demand meaningful laws and regulations—including bans on new polluting factory farms and fossil fuel infrastructure—that prioritize people over profit. This is already happening at the state level in places like Iowa, but we need to work at all levels, starting now, to enact the changes we need to protect our environment, our water and our communities.