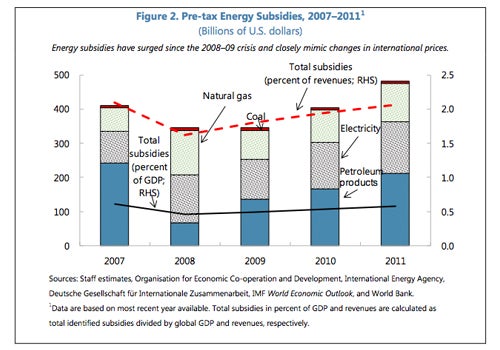 The continued maintenance of fossil fuel subsidies is a global scandal and governments should work to transform these subsidies into financing for energy efficiency and renewable energy, says World Wildlife Fund (WWF), responding to a report released yesterday by the International Monetary Fund (IMF).

The IMF report, Energy Subsidy Reform: Lessons and Implications, shines a much needed light on the dark side of fossil fuel subsidies. 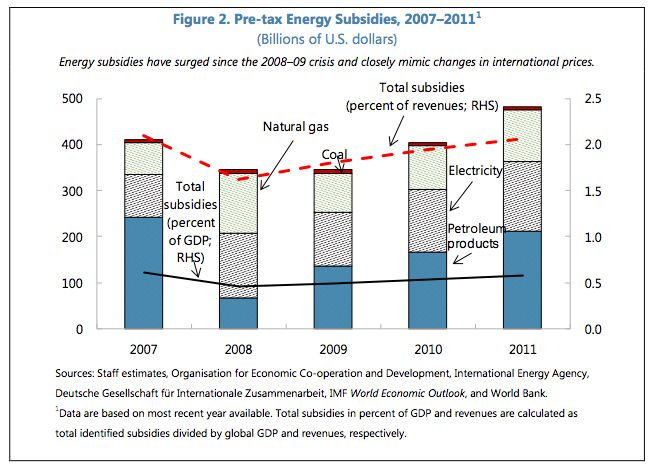 “Removing these subsidies would reduce carbon pollution by 13 percent. This would be a major step toward reducing the world’s carbon footprint. Maintenance of these subsidies is a global scandal, a crime against the environment and an active instrument against clean energy and technological innovation,” said Smith. “We strongly support transforming fossil fuel subsidies into an effective scheme for financing energy efficiency and renewables and making sure that the poor in developing countries benefit appropriately and receive clean, affordable and reliable energy.”

“If they were to abolish those subsidies and reform towards renewables and energy efficiency investments, it would more than triple present global investment into renewables,” said Singer. “And that is what is needed for a world powered by 100 percent sustainable renewables.”