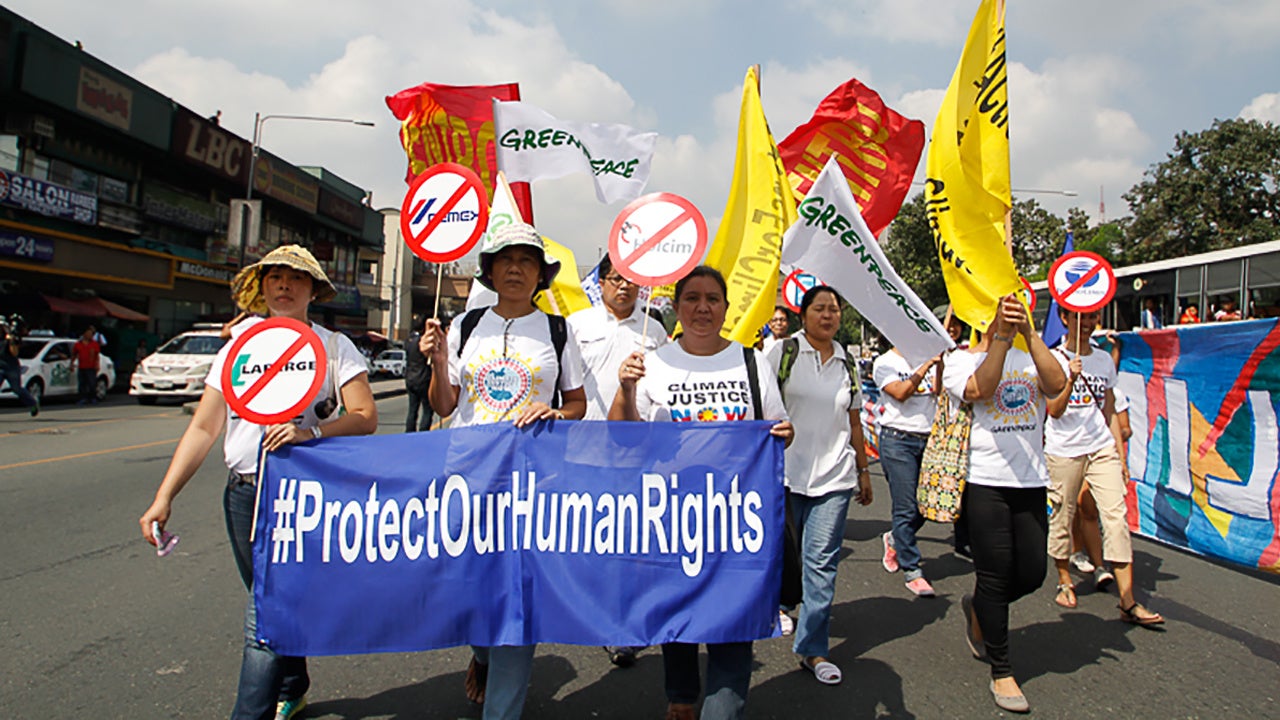 In addition to having a disproportionate impact on marginalized communities around the globe which have contributed the least to climate-warming fossil fuel emissions, the climate crisis has exacerbated the human rights violations already perpetrated by the fossil fuel industry, according to a new report.

The grassroots climate action group 350.org examined ten global communities which have suffered from heavy pollution, deforestation, displacement, and other violations as multinational corporations like Chevron and Shell — in addition to smaller fossil fuel entities and corrupt governments — have placed profits over human rights.

“The pollution and contamination often caused by fossil fuel industry activities mainly affect the poorest populations, as well as the climate crisis,” said Aaron Packard, manager of the Climate Defenders program at 350.org, in a statement. “Vulnerable communities are being doubly exposed to losses or scarcity of land, fish stocks and water, for example.”

Oil, gas and coal companies are responsible for some of the worst human rights abuses committed by corporations around the world in the last three decades, a new #ClimateDefenders report highlights today:https://t.co/pWHP097QJZ

350.org surveyed the region of Ogoniland in Nigeria, where Shell Oil has dumped an estimated nine to 13 million barrels of crude oil into the Niger Delta since 1958.

The company’s activities in Ogoniland have led to polluted air and water as well as decimated natural habitats, violating the rights of the 832,000 people who live there.

The local government has also worked with Shell to suppress the right of people in Ogoniland to fight against the pollution.

“Protests against widespread and persistent oil pollution have been brutally repressed, with loss of life and a series of other egregious human rights violations,” the report reads. “Victims of severe human rights abuses associated with oil extraction in the Niger Delta are still awaiting for remediation of the harm caused to their lands, water, and livelihood, in spite of multiple victories before courts and human rights bodies.”

Shell’s activities in the Niger Delta are just one example of how the fossil fuel industry has led to an estimated 45,000 premature deaths due to pollution, crop losses resulting from drought and other climate extremes, and other environmental results of the carbon emissions.

The report also points to coal power plants in the Muğla region of Turkey, where companies have done “severe environmental harm” since 1983. Emissions from the plants have been linked to premature deaths from heart disease, respiratory disease, and cancer, while the companies have forced communities to leave the area as they ramp up their operations.

The European Court of Human Rights recognized in 2005 that the communities had a right to bring legal action against the plants, but the companies have not ceased their extraction of coal and the resulting pollution. Governments, 350.org wrote, must pass legislation to rein in the fossil fuel industry.

Other cases detailed in the report include threats to water security in Australia and the contamination of rivers and fish stocks in indigenous territories in the Ecuadorian Amazon.

“Even in the face of the clearest scientific evidence that burning fossil fuels is literally setting the planet on fire, this sector continues to invest in the same old model and often misinforms society about the climate crisis and its causes,” said Packard. “In doing so, companies are actively disregarding the right of entire populations to a healthy environment, sufficient and quality food, and a political and social scenario of stability.”