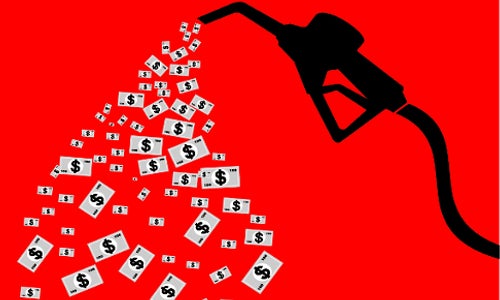 The job of a state attorney general is to enforce the state’s laws and look out for the interests of its citizens. A large part of that involves oversight of corporate special interests and protecting the state’s citizens against them. He or she is in theory the “lawyer for the people.” But a story in the New York Times this weekend laid out how many state attorneys general are serving as little more than errand boys and mouthpieces for the fossil fuel industry. 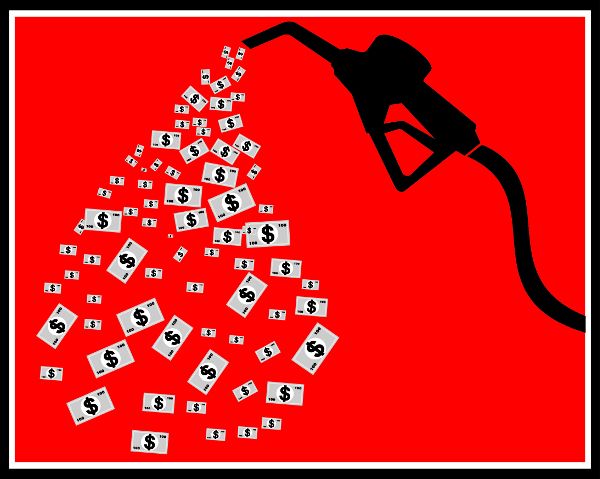 A gusher of fossil fuel industry campaign contributions is causing state attorneys general to act almost as private attorneys for the industry.

“Never before have attorneys general joined on this scale with corporate interests to challenge Washington and file lawsuits in federal court,” wrote reporter Eric Lipton.

It’s the second part of a series the paper is doing to “examine the explosion in lobbying of state attorneys general by corporate interests and the millions in campaign donations they now provide.” It follows up on part one which ran in late October, revealing how some attorneys general shut down investigations or settled lawsuits with terms highly favorable to corporations.

Part two, Energy Firms in Secretive Alliance With Attorneys General, contains even more egregious examples of how partisan and special interest-driven these theoretically independent elected officials have become. It offers hair-raising details about the fundraising efforts of the Republican Attorneys General Association and how an outsized money flood has allowed the Republican Party, backed by fossil fuel interests, to take over a majority of attorneys general posts for the first time in history, with 27 incoming Republican attorneys general in 2015. During the 2014 campaign, attorneys general candidates such as Texas’ Ken Paxton, Ohio’s Mike DeWine and Alabama’s Luther Strange received massive infusions of cash from the energy industry.

The article provides evidence of just how far some of these attorneys general are willing to go to virtually serve as free counsel for big gas and oil companies.

Among its revelations: Oklahoma attorney general Scott Pruitt delivered a letter to the U.S. Environmental Protection Agency (EPA), insisting it was vastly overestimating the air pollution caused by gas drilling in the state—a letter written by lawyers for one of the state’s largest oil and gas companies and copied almost directly onto state government stationery. That letter elicited effusive praise from that company in an email exchange.

“The email exchange from October 2011, obtained through an open-records request, offers a hint of the unprecedented, secretive alliance that Mr. Pruitt and other Republican attorneys general have formed with some of the nation’s top energy producers to push back against the Obama regulatory agenda, an investigation by The New York Times has found,” Lipton wrote.

And that was only one of many letters Pruitt wrote on behalf of corporate interests. In addition, he’s joined the companies he supposedly oversees as plaintiffs in court cases, “a departure from the usual role of the state attorney general, who traditionally sues companies to force compliance with state law,” Lipton writes.

Among those supporting Pruitt’s efforts to scrap environmental protections is billionaire Harold Hamm of Oklahoma-based Continental Resources. Hamm, developer of the Bakken shale formation and widely known as the “founding father of fracking,” was the chairman of Pruitt’s re-election campaign.

The New York Times article exposes the “Rule of Law” campaign, in which these attorneys general work in coordination not to serve the interests of their state but to push a corporate agenda, and specifically to attack and sabotage the actions of the Obama administration on issues like environmental protection, the Affordable Care Act and corporate oversight. Pruitt, who has emerged as a national leader among state attorneys general in promoting fossil fuel interests, has a record of public remarks heavy on rhetoric about states’ rights and federal government “overreach,” challenging things like requiring coal-burning plants to install pollution reduction equipment as an infringement on local self-determination.

In addition, the article reveals that energy industry lobbyists have handed attorneys general draft legislation, asking them to influence their legislatures to give the attorneys general more authority to work to undercut the Obama administration and proposed EPA regulations. A summit last year in Oklahoma which brought together state attorneys general and fossil fuel industry power brokers resulted in the creation of the “Federalism in Environmental Policy” task force. Its job: producing ideas on how to monitor and block federal efforts to curb fish kills, reduce ozone pollution, slow climate change and tighten regulation of coal ash.

“It is quite new,” said Marquette University professor Paul Nolette, author of the forthcoming book Federalism on Trial: State Attorneys General and National Policy Making in Contemporary America, told The New York Times. “The scope, size and tenor of these collaborations is, without question, unprecedented.”

The actions of Pruitt and his colleagues on behalf of industries providing them with campaign cash are so brazen that even some Republicans have questioned them.

“When you use a public office, pretty shamelessly, to vouch for a private party with substantial financial interest without the disclosure of the true authorship, that is a dangerous practice,” David B. Frohnmayer, Republican attorney general of Oregon in the ’80s, told the New York Times. “The puppeteer behind the stage is pulling strings, and you can’t see. I don’t like that. And when it is exposed, it makes you feel used.”