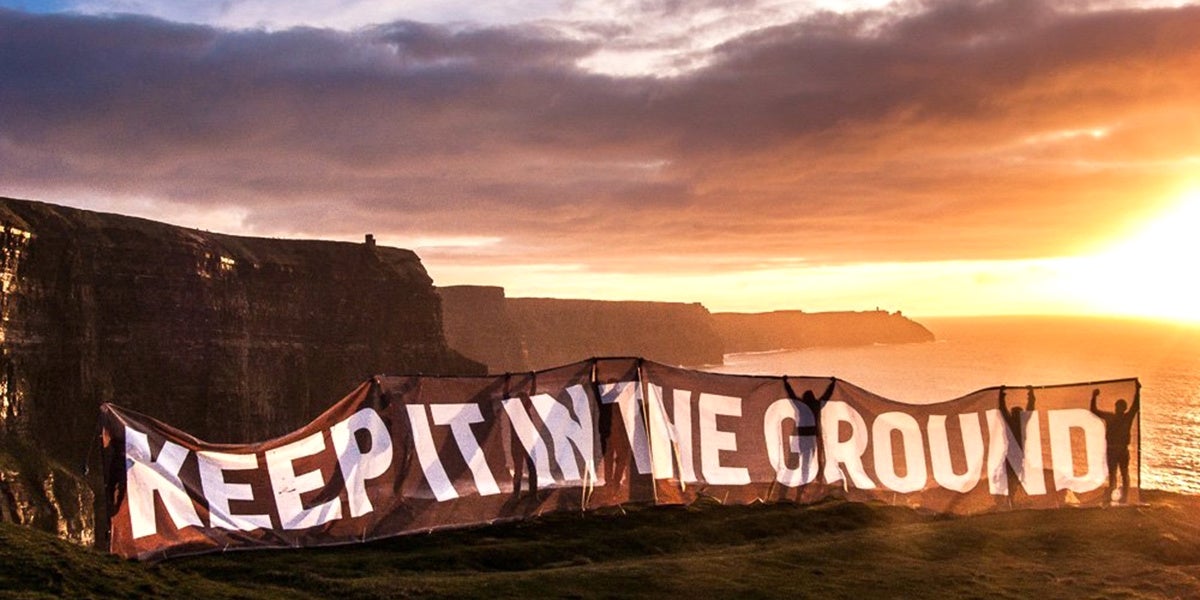 Pipeline executives are extremely upset that protests by environmentalists and Indigenous groups are disrupting their ability to plunder the planet at will, and they aired their discontent publicly on Thursday at the CERAWeek energy conference in Texas.

Singling out the “Keep It in the Ground” movement—which calls for an “immediate halt” to all new fossil fuel development—as a particularly strong obstacle to their ambitious construction projects, pipeline CEOs complained that opposition to dirty energy has grown in “intensity” over the past several years, posing a serious threat to their companies’ bottomlines.

Kinder Morgan’s Trans Mountain pipeline—which would carry tar sands 700 miles from Alberta to Burnaby, British Columbia—is currently facing fierce resistance from Indigenous groups and local governments. At least 7,000 people are expected to participate in a march and rally against the pipeline in Vancouver on Saturday, the Seattle Times reports.

Other pipeline CEOs appearing at the CERAWeek conference echoed Kean’s concerns, highlighting the success of efforts by environmental activists to delay, disrupt and cancel projects through non-violent civil disobedience, litigation and other tactics.

Bitterly recounting how activists tried to drill a holes in his company’s pipelines, Energy Transfer Partners CEO Kelcy Warren reportedly said: “Talk about someone that needs to be removed from the gene pool.”

Energy Transfer Partners is behind the Dakota Access Pipeline, which became fully operational in June of last year after many weeks of resistance from the Standing Rock Sioux Tribe and its allies.

Legal challenges to the pipeline—which has already spilled several times—continue to mount.

According to the Houston Chronicle, Warren said he has “increased Energy Transfer’s presence on social media platforms” in an attempt to win over the public.

Responding to the executives’ complaints on Twitter, 350.org—one of the most prominent organizations in the movement against fossil fuels—wrote simply, “we’re just getting started.”

“Pipelines executives lamented Wednesday that since the rise of the "Keep it in the Ground" movement, projects were being delayed by a rising tide of protests.”