Fossil Fuel Electricity Generation—The Fastest-growing Use of Freshwater in the U.S. 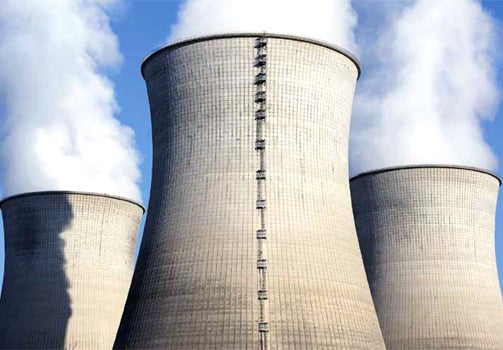 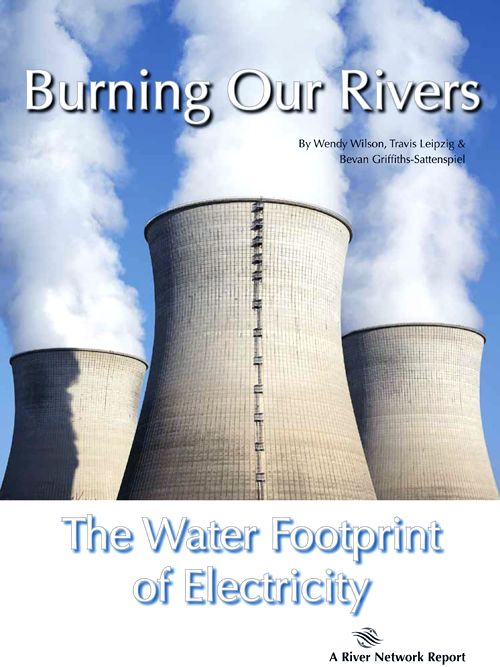 A new report by River Network provides the first accounting of how much water is used to generate electricity on an average per-kilowatt basis. The report, Burning Our Rivers: The Water Footprint of Electricity found that for every gallon of water used in an average household, five times more water (40,000 gallons each month) is used to provide that home with electricity via hydropower turbines and fossil fuel power plants.

The Burning Our Rivers report summarizes current research on the water consumption of all power production in the U.S., including the water consumption of both non-renewable and renewable energy sources. The water footprint of electricity is highest for hydropower: each day, enough water to meet the demands of more than 50 million people evaporates from reservoirs behind hydroelectric dams.

The report also highlights that electricity production by coal, nuclear and natural gas power plants is the fastest-growing use of freshwater in the U.S., accounting for more than about half of all fresh, surface water withdrawals from rivers. This is more than any other economic sector, including agriculture, and occurs in an era when all other use sectors are reducing water withdrawals. The report notes that experimental “clean coal” technologies are only expected to significantly increase water use.

More than a quarter of the water withdrawn by fossil-fuel power plants to cool their generators goes up in steam—the remainder carries pollutants and excess heat into rivers and waterways, causing fish kills and algae blooms.

The report finds that wind and photovoltaic solar power have almost no water footprint at all, although other renewables such as biofuels from irrigated crops and solar thermal plants have water-use factors greater than some coal and nuclear power facilities.

“The days of taking water for granted in our decisions about energy production must come to an end,” said Cindy Lowry, executive director at the Alabama Rivers Alliance. “This report will help inform our state leaders about the key role energy plays in water management in Alabama.”

The recommendations of the Burning Our Rivers report chart a new course that would include investments in water-efficient cooling technologies and “low-water” photovoltaic solar and wind power generation. Taken together and implemented across the country, these steps could reduce the amount of water used by the thermoelectric sector by 80 percent.

“We’re using a lot of water to keep the lights on and the TV running when we could be using it for drinking water, irrigation and to provide healthier rivers for fish,” notes Wendy Wilson, director of River Network’s Rivers, Energy & Climate Program and chief author of the report.

Visit EcoWatch’s WATER and ENERGY pages for more related news on these topics.

River Network is a River Network’s mission is to empower and unite people and communities to protect and restore rivers and other waters that sustain the health of our country.  Founded in 1988, we are leading a national watershed protection movement that includes nearly 2,000 state, regional and local grassroots organizations whose primary purpose is freshwater protection. Our 17-person staff is headquartered in Portland, Oregon, with field staff in Vermont, Maryland, North Carolina, Wisconsin, Utah and Idaho.