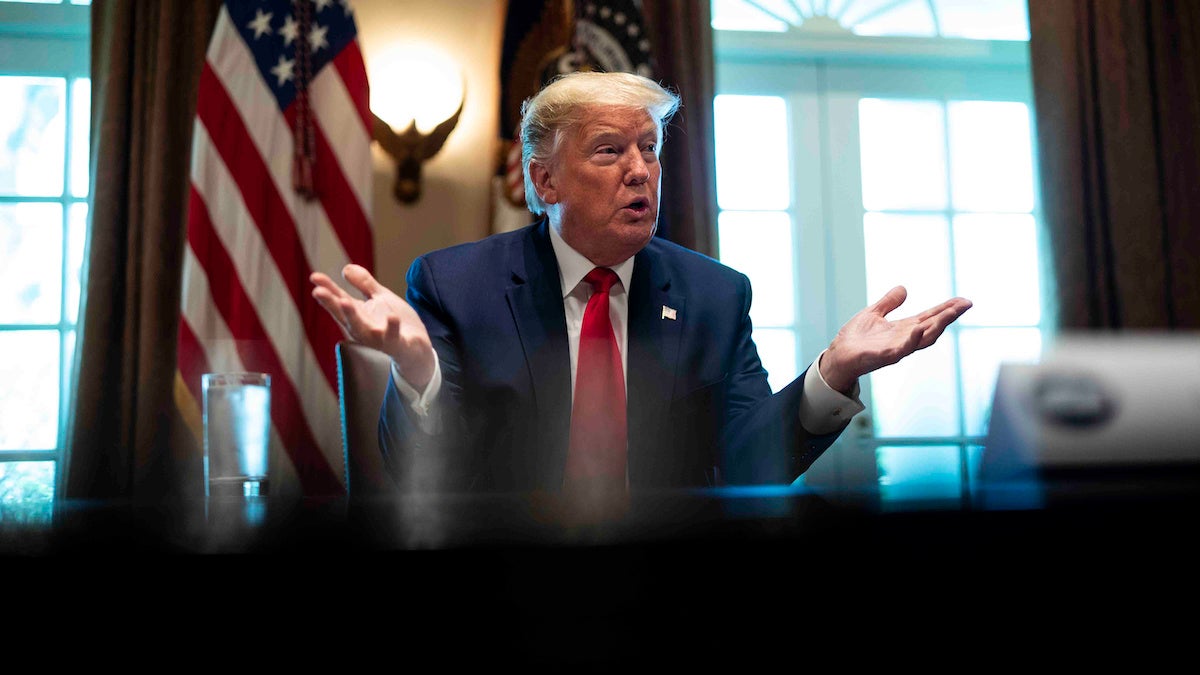 Trump speaks during a roundtable meeting with energy sector CEOs in the Cabinet Room of the White House on April 3, 2020 in Washington, DC. Doug Mills-Pool / Getty Images

Some companies who have an outsized responsibility for worsening the climate crisis will receive small business loans from the federal government, according to The Guardian.

So far fossil fuel firms have taken at least million that will probably never be paid back. From that money million is going to three coal companies, all with ties to the Trump administration.

Hallador Energy Co., an Indiana-based coal company, which hired Trump’s first EPA administrator, Scott Pruitt, as a lobbyist, said it received a million loan from the Small Business Administration under the Paycheck Protection Program, according to Environment and Energy News (E&E News).

Coal mining company Rhino Resources, which was formerly run by Trump’s Mine Safety and Health Administration head, David Zatezalo, is receiving million. Coal firm Ramaco Resources, whose CEO, Randy Atkins, is on the energy department’s National Coal Council, is getting .4 million, as The Guardian reported.

Brett Hartl, head of government affairs at the Center for Biological Diversity, accused fossil fuel companies of “fundamental hypocrisy and arrogance” in seeking the loans.

“It is hard to think of another industry that consistently fought against government regulation, boasted about the power of the free market and otherwise undermined the public good in the last 20 years,” he said, E&E News reported. “But now they come slinking back to shamelessly ask for taxpayer funds and corporate socialism to save them from their own poor choices.”

Sen. Ted Cruz (R-Texas) has successfully lobbied for the Main Street Lending Program to include oil and gas companies of a large size. As The Hill reported, companies with 15,000 employees or billion in annual revenue will now qualify, up from 10,000 employees and .5 billion in revenue. The minimum loan size ranges from 0,000 to million — a move designed to make the program accessible to both small and medium-sized businesses.

Many Democrats have reacted strongly to the gifts given to the fossil fuel industry while the country faces the largest increase in unemployment since the Great Depression. More than 40 Democratic lawmakers have argued that fossil fuel companies should not get any assistance under the coronavirus aid package.

“By hook or by crook, Big Oil is going to try to get a bailout while small businesses shutter,” Sen. Ed Markey (D-Mass.) said in a statement following the new Main Street Lending Program guidelines, as The Hill reported.

“President Trump’s fossil fuel cronies lobbied and are going to take money that was meant to help businesses survive the coronavirus pandemic in order to bail themselves out of 0 billion in existing debt,” Markey said. “It is deplorable to spend good money after bad and waste taxpayer dollars on an industry that has been struggling for years due to bad business decisions … It’s unacceptable, unwarranted, and unjust, and we cannot let this stand.”

Environmental groups also lined up against the notion of fossil fuel firms exploiting a global pandemic for a government handout.

Melinda Pierce, the legislative director for the Sierra Club, said to The Guardian: “The federal money Congress appropriated should be going to help small businesses and frontline workers struggling as a result of the pandemic, not the corporate polluters whose struggles are a result of failing business practices and existed long before Covid-19 entered the public lexicon.”

Graham Steele, who directs the corporations and society initiative at Stanford Graduate School of Business, called the situation the “classic disaster scenario where an opportunistic administration and industry is taking advantage of a crisis,” as The Guardian reported.

“And by the way, these are industries driving climate change. It’s both a bad financial proposition of the Fed and for taxpayers and a bad situation for the planet.”