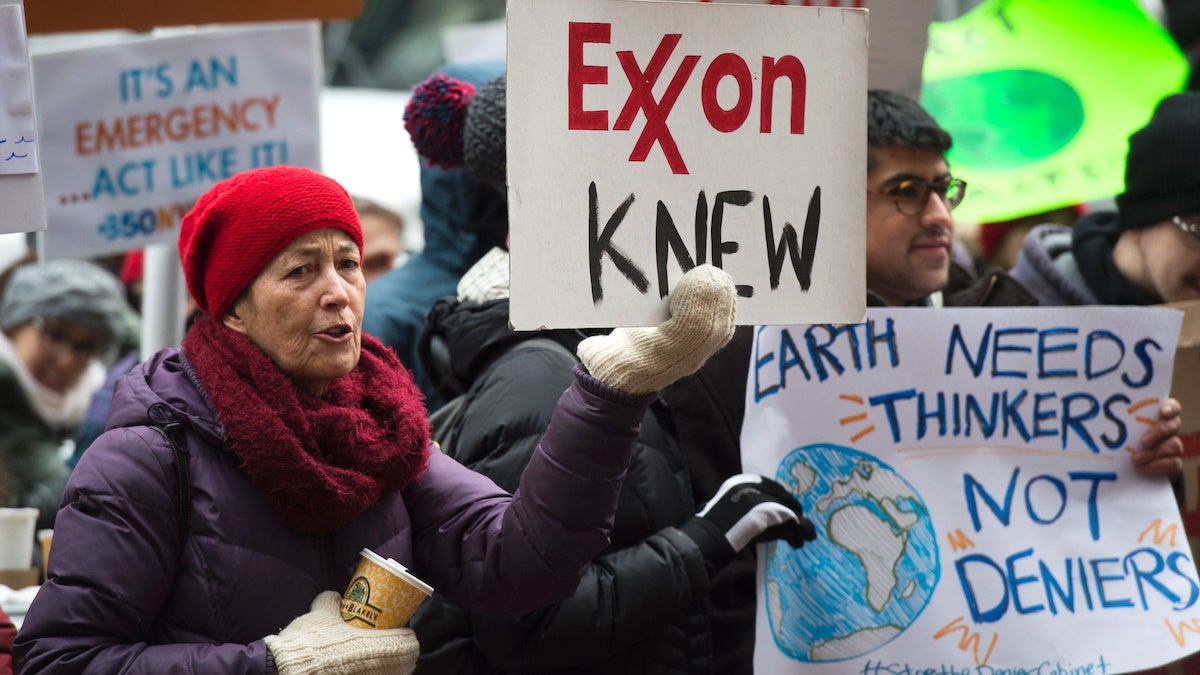 The attorney general for Washington, DC filed a lawsuit on Thursday against four of the largest energy companies, claiming that the companies have spent millions upon millions of dollars to deceive customers in about the calamitous effect fossil fuel extraction and emissions is having on the climate crisis, according to The Washington Post.

The suit names ExxonMobil, Royal Dutch Shell, BP and Chevron as the defendants, and argues that the companies “systematically and intentionally misled consumers in Washington, DC … about the central role their products play in causing climate change,” according to The Hill.

Karl A. Racine, the DC attorney general, said in a news conference on Thursday that the four companies painted a false picture of what effect their products had and therefore violated consumer protection laws.

“For decades, these oil and gas companies spent millions to mislead consumers and discredit climate science in pursuit of profits,” Racine said in a statement, as The Washington Post reported. “OAG filed this suit to end these disinformation campaigns and to hold these companies accountable for their deceptive practices.”

Ellison’s complaint said that Minnesota was already feeling the effects from the climate crisis as droughts, flooding and crop failures have damaged the state’s economy. That has all happened while the companies named in the suit invested in public relations campaigns that denied the climate crisis and even promoted increased CO2 as a solution to world hunger, according to Courthouse News.

“Impacts from climate change hurt our low-income residents and communities of color first and worst. The impacts on farmers in our agricultural state are widespread as well,” Ellison said in a statement. “Holding these companies accountable for the climate deception they’ve spread and continue to spread is essential to helping families to afford their lives and live with dignity and respect.”

The two suits drew praise from environmental activists and the science community.

In a statement Thursday, Greenpeace USA climate campaign director Janet Redman said, “Climate denial is not a victimless crime. Now, one by one states and local governments are stepping up to hold the perpetrators accountable,” as Common Dreams reported. “Just yesterday it was Minnesota Attorney General Ellison standing up to big oil, today it’s D.C. Attorney General Racine.”

The Union of Concerned Scientists also issued a statement noting that the fossil fuel industry long knew about the devastating impacts of burning fossil fuels, but followed the Big Tobacco playbook and waged a disinformation campaign.

“When scientists, including some employed by ExxonMobil, warned that burning fossil fuels could catastrophically alter the climate, ExxonMobil, BP, Chevron and Shell funded decades-long disinformation campaigns designed to undermine climate science, while simultaneously unleashing an army of lobbyists to block state and federal policies that sought to limit global warming emissions to protect communities across the country,” said Rachel Licker, senior climate scientist at the Union of Concerned Scientists in a statement.

“As a result, the nation’s capital and communities across the country and world now have to battle worsening floods, heat waves, wildfires and many other avoidable climate impacts,” she added.

In the DC suit, Racine specifically mentioned the fossil fuel companies’ strategy lifted from Big Tobacco. “The companies not only employed the Advancement of Sound Science Coalition — a fake grassroots citizen group created by Big Tobacco as part of the industry’s misinformation campaign — they also funded and promoted some of the same scientists hired by tobacco companies,” he said in a statement.

The lawsuit also alleges that the companies have recently exaggerated their investments and commitments to renewable energy.

“Defendants have shifted their advertising strategies to mislead DC consumers into believing that buying Defendants’ products supports companies committed to reducing and reversing the effects of climate change,” the lawsuit asserts, as The Washington Post reported. “In fact, the opposite is true.”