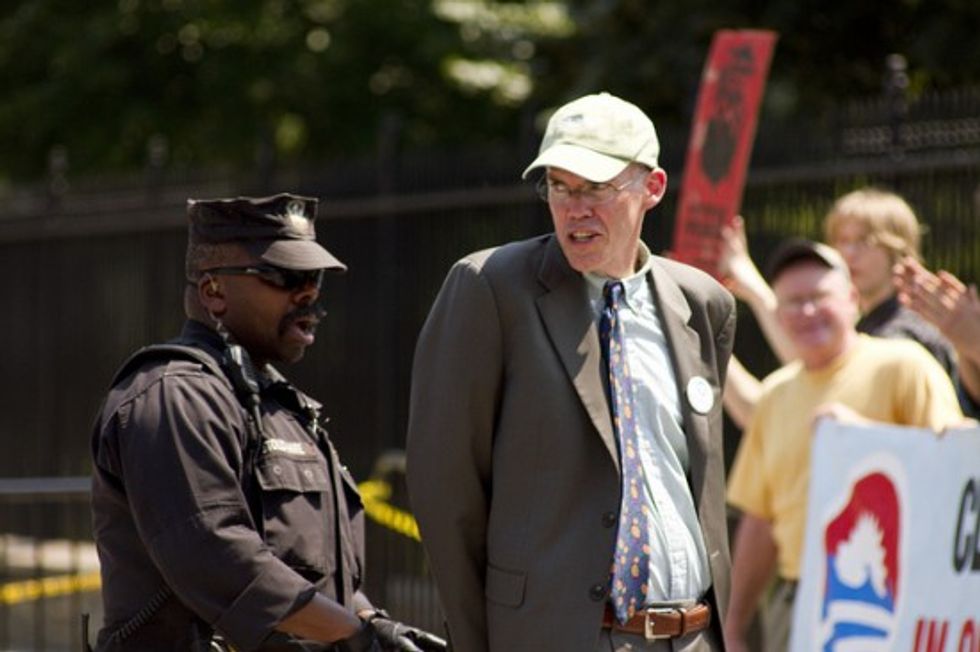 Campaigners protesting the proposed Keystone XL pipeline reacted with anger Oct. 24 to the news that the Obama administration hired a former lobbyist for the pipeline as a new senior advisor to the president’s 2012 re-election campaign.

Records show that Broderick Johnson lobbied Congress on the Keystone XL pipeline while working for Bryan Cave LLP, a top lobby firm in Washington, D.C. During the fourth quarter of 2010, the firm spent $120,000 working on the issue.1 Bryan Cave LLP reported earnings of $1.08 million between 2009-2011 lobbying on behalf of pipeline company TransCanada, according to the Center for Responsive Politics.2

“The news about Mr. Johnson comes on top of the revelations that Hillary Clinton’s former deputy campaign manager became the lead lobbyist for the pipeline firm TransCanada, and that the U.S. State Department literally let TransCanada pick the company that would conduct the environmental review of its project,” said Bill McKibben of TarSandsAction.org, which has been spearheading protests against the pipeline. “It stinks. I don’t think you could conceive a more elaborate way to disrespect not just the environmental community but also Occupy Wall Street, because this is simply a reminder of the way that corporate lobbyists dominate our politics. Forget ‘Hope and Change’—it’s like they want their new slogan to be ‘Business as Usual.’”

McKibben said the only saving grace was that Johnson was working for the campaign, not the White House. “Maybe, just maybe, Barack Obama himself still hasn’t made up his mind about the pipeline. That’s why we’re going to surround the White House on Nov. 6, carrying signs and banners with words from his 2008 campaign about the need to end the tyranny of oil. We want to see if we can somehow jog his memory.”