Toxic Forever Chemicals Can ‘Boomerang’ Back to Land From Ocean in Sea Spray, Study Finds 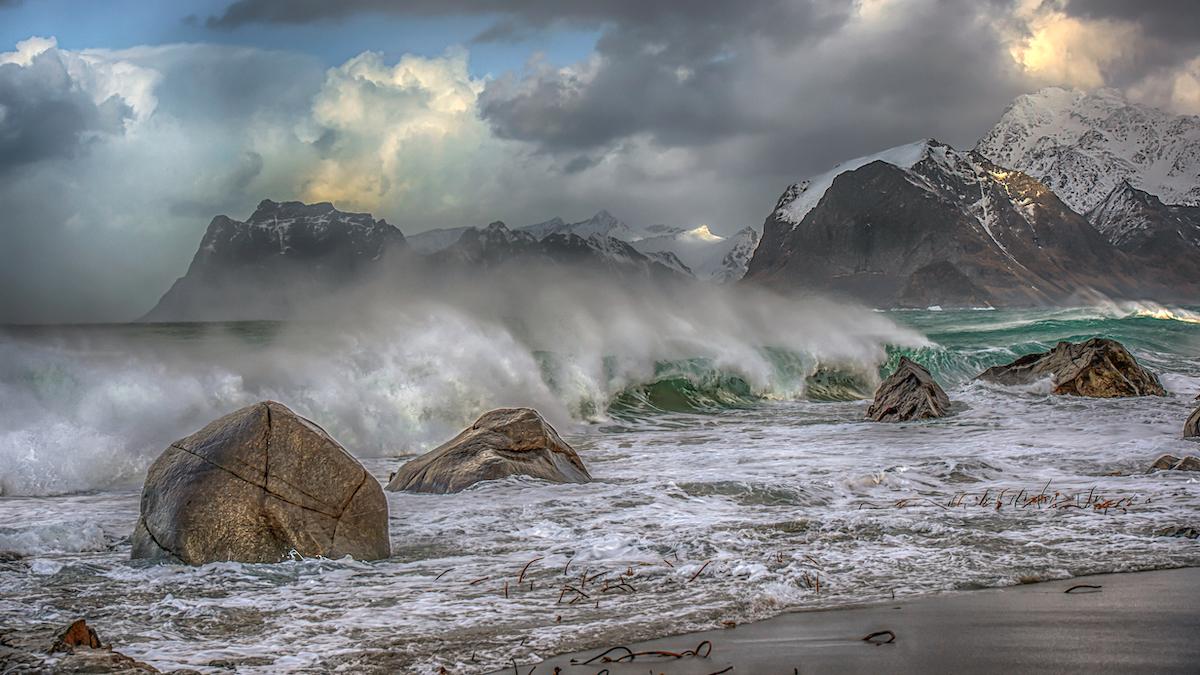 The sea breeze isn’t as clean and healthy as you might think.

Past research has found that sea spray can actually release microplastics into the air. Now, a new study published in the American Chemical Society’s (ACS) journal Environmental Science & Technology Wednesday found that the same thing is true for the toxic forever chemicals known as per-and polyfluoroalkyl substances (PFAS).

“The common belief was that PFAS would eventually wash off into the oceans where they would stay to be diluted over the timescale of decades,” study co-author and Stockholm University Department of Environmental Science researcher Matthew Salter said in a statement reported by The Hill. “But it turns out that there’s a boomerang effect, and some of the toxic PFAS are re-emitted to air, transported long distances and then deposited back onto land.”

PFAS are referred to as forever chemicals because they take a long time to break down in the environment, as ACS explained in a press release. This is a problem because they are both widespread in the environment, including drinking water, and potentially harmful to human health. They have been linked to reproductive and development problems, types of cancer, immune suppression, hormone disruption and obesity risk, according to the U.S. Environmental Protection Agency (EPA).

Scientists are continually uncovering more ways in which we may be exposed to these chemicals, which were introduced in the 1940s and have been used for a variety of commercial and industrial purposes including firefighting foam, food packaging and stain and water repellant. In 2021 alone, researchers have detected their presence in breast milk, cosmetics and indoor air.

The new research finds that they could be polluting outdoor air too, at least along the coast. Previously, ACS explained, the research team behind the most recent study had conducted laboratory experiments showing that PFAS could be released into the atmosphere when bubbles of saltwater burst, emitting PFAS in tiny airborne particles known as aerosols.

To find out if this could happen in the real world, the team collected more than 100 air samples from two beachfront locations in Norway between 2018 and 2020. They then analyzed the samples for 11 PFAS and found that all of them were contaminated. They also analyzed the samples for sodium ions, which are an indicator of sea spray aerosols, and found that high levels of the ions tended to correlate with high levels of PFAS. This means that the PFAS could even travel inland on the aerosols and that sea spray could be an important source of PFAS pollution in coastal communities.

Ultimately, the researchers calculated that the oceans could release 284 to 756 U.S. tons of eight types of PFAS every year.

This new source of PFAS contamination could pollute more than the air, the study authors speculated.

“It is possible that atmospherically deposited PFAS could contaminate coastal drinking water sources for the foreseeable future,” co-author Ian Cousins, also from Stockholm University, said in a statement reported by The Hill. “Our study gives a new dimension to the meaning of the term ‘forever chemicals.’ Even the PFAS we thought would be lost to the sea boomerang[ed] back for us to be exposed all over again.”