Keeping Trees in the Ground: An Effective Low-Tech Way to Slow Climate Change 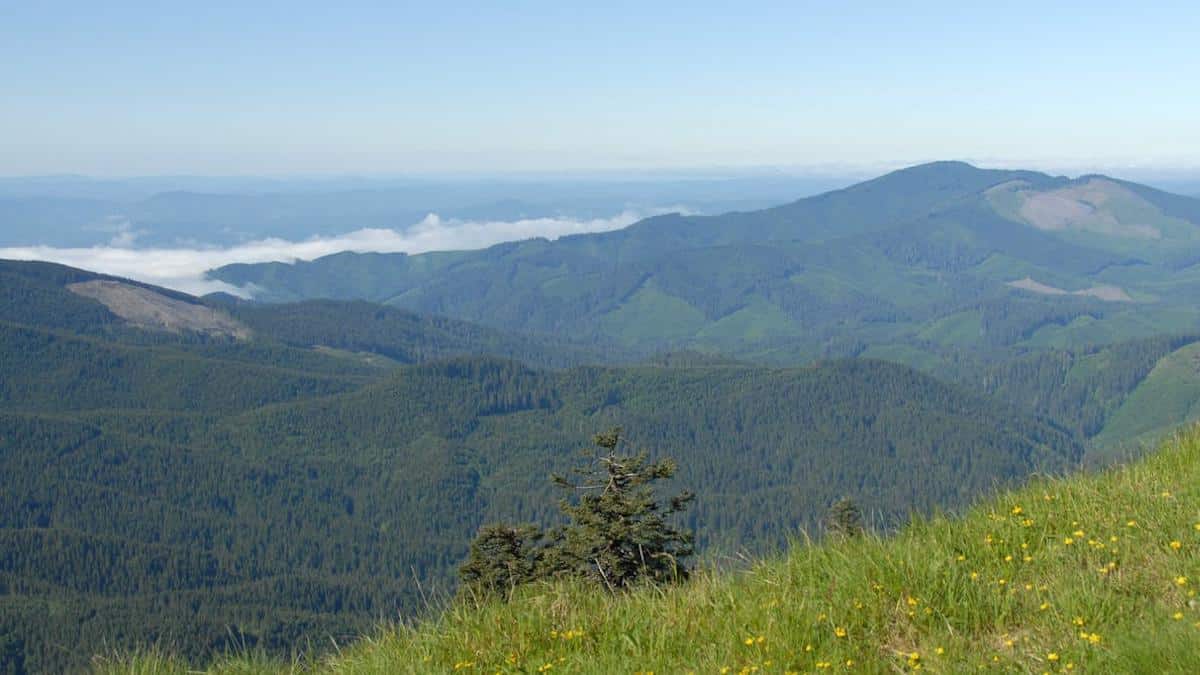 By Beverly Law and William Moomaw

Protecting forests is an essential strategy in the fight against climate change that has not received the attention it deserves. Trees capture and store massive amounts of carbon. And unlike some strategies for cooling the climate, they don’t require costly and complicated technology.

Yet although tree-planting initiatives are popular, protecting and restoring existing forests rarely attracts the same level of support. As an example, forest protection was notably missing from the 7 million Energy Act of 2020, which the U.S. Congress passed in December 2020 to jump-start technological carbon capture and storage.

In our work as forest carbon cycle and climate change scientists, we track carbon emissions from forests to wood products and all the way to landfills – and from forest fires. Our research shows that protecting carbon in forests is essential for meeting global climate goals.

Ironically, we see the U.S. Strategic Petroleum Reserve as a model. This program, which was created after the 1973 oil crisis to guard against future supply disruptions, stores nearly 800 million gallons of oil in huge underground salt caverns along the coast of the Gulf of Mexico. We propose creating strategic forest carbon reserves to store carbon as a way of stabilizing the climate, much as the Strategic Petroleum Reserve helps to stabilize oil markets.

The U.S. has more than 800 million acres of natural and planted forests and woodlands, of which nearly 60% are privately owned. USDA / USFS

Forests pull about one-third of all human-caused carbon dioxide emissions from the atmosphere each year. Researchers have calculated that ending deforestation and allowing mature forests to keep growing could enable forests to take up twice as much carbon.

Half of a tree’s stems, branches and roots are composed of carbon. Live and dead trees, along with forest soil, hold the equivalent of 80% of all the carbon currently in Earth’s atmosphere.

Trees accumulate carbon over extremely long periods of time. For example, redwoods, Douglas firs and western red cedars in the coastal forests of the Pacific Northwest can live for 800 years or more. When they die and decompose, much of that carbon ends up in soil, where it is stored for centuries or millennia.

There are many fallacies about forest carbon storage, such as the concern that wildfires in the American West are releasing huge quantities of carbon into the atmosphere. In fact, fires are a relatively small carbon source. For example, the massive Biscuit Fire, which burned 772 square miles in southwest Oregon in 2002, emitted less than 10% of Oregon’s total emissions that year.

Another false claim is that it’s OK from a climate perspective to cut trees and turn them into furniture, plywood and other items because wood products can store substantial amounts of carbon. These assertions fail to count cradle-to-grave emissions from logging and manufacturing, which can be substantial.

The wood products industry releases carbon in many ways, from manufacturing products and burning mill waste to the breakdown of short-lived items like paper towels. It takes decades to centuries for newly planted forests to accumulate the carbon storage levels of mature and old forests, and many planted forests are repeatedly harvested.

In a review that we conducted with colleagues in 2019, we found that overall, U.S. state and federal reporting underestimated wood product-related carbon dioxide emissions by 25% to 55%. We analyzed Oregon carbon emissions from wood that had been harvested over the past century and discovered that 65% of the original carbon returned to the atmosphere as CO2. Landfills retained 16%, while just 19% remained in wood products.

In contrast, protecting high carbon-density western U.S. forests that have low vulnerability to mortality from drought or fire would sequester the equivalent of about six years of fossil fuel emissions from the entire western U.S., from the Rocky Mountain states to the Pacific coast.

In a recently published analysis of carbon storage in six national forests in Oregon, we showed why a strategic forest carbon reserve program should focus on mature and old forests. Big trees, with trunks more than 21 inches in diameter, make up just 3% of these forests but store 42% of the above-ground carbon. Globally, a 2018 study found that the largest-diameter 1% of trees hold half of all the carbon stored in the world’s forests.

Findings like these are spurring interest in the idea of proforestation – keeping existing forests intact and letting them grow to their full potential. Advocates see proforestation as an effective, immediate and low-cost strategy to store carbon. Older forests are more resilient to climate change than young tree plantations, which are more susceptible to drought and severe wildfires. Like the 2,000-year-old redwoods in California that have survived recent wildfires, many tree species in old forests have lived through past climate extremes.

Creating forest carbon reserves would also conserve critical habitat for many types of wildlife that are threatened by human activities. Connecting these reserves to other parks and refuges could help species that need to migrate in response to climate change.

More than half of U.S. forested lands are privately owned, so strategic forest carbon reserves should be established on both public and private lands. The challenge is paying for them, which will require a major shift in government and societal priorities. We believe that transferring public investment in oil and gas subsidies to pay private land owners to keep their forests growing could act as a powerful incentive for private land owners.

Many researchers and conservation advocates have called for comprehensive actions to slow climate change and reduce species losses. One prominent example is the 30×30 initiative, which seeks to conserve 30% of the world’s land and oceans by 2030. In an executive order on Jan. 27, 2021, President Biden directed his administration to develop plans for conserving at least 30% of federally controlled lands and waters by 2030.

Recent projections show that to prevent the worst impacts of climate change, governments will have to increase their pledges to reduce carbon emissions by as much as 80%. We see the next 10 to 20 years as a critical window for climate action, and believe that permanent protection for mature and old forests is the greatest opportunity for near-term climate benefits.

Disclosure statements: Beverly Law receives funding from U.S. Department of Energy and the National Science Foundation. She is a Fellow of the Earth Leadership Program. William Moomaw receives funding from the Rockefeller Brothers Fund. He is affiliated with the Woodwell Climate Research Center, the Climate Group – North America, the Earthwatch Institute and the Nature Conservancy.