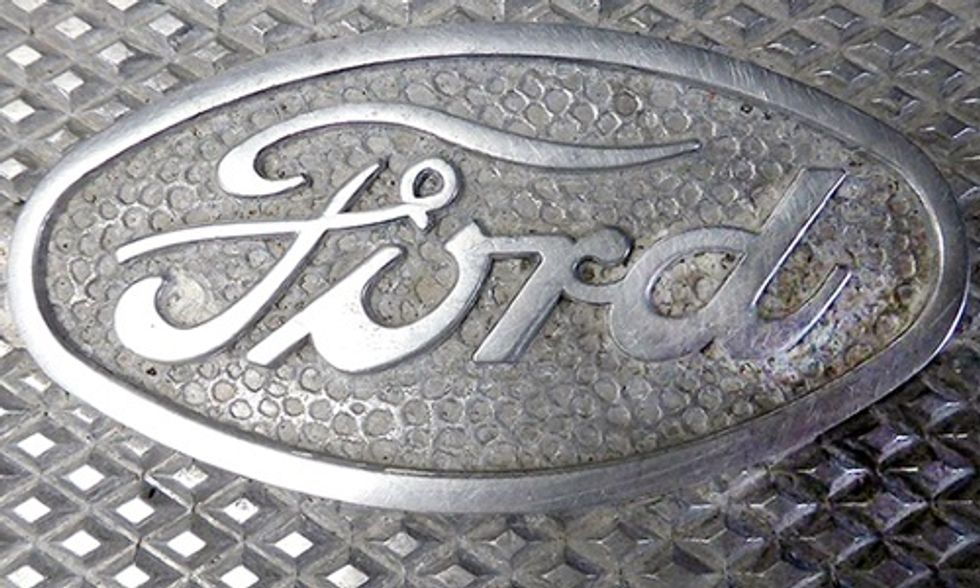 Ford Motor Company, despite its much-hyped commitment to the environment, has been quietly funding the American Legislative Exchange Council (ALEC), a group widely criticized for its promotion of climate change denial and for its opposition to the development of renewable alternatives to fossil fuels.

A Ford spokesperson, Christin Baker, confirmed the ALEC grant to the Center for Media and Democracy/PRWatch, but said that the funding was not intended to be used by ALEC to block action on climate change.

"Ford participates in a broad range of organizations that support our business needs, but no organization speaks for Ford on every issue. We do not engage with ALEC on climate change," said Baker.

Center for Media and Democracy is breaking the story of Ford funding of ALEC as other major international corporations have continued to withdraw financial support for the organization. Since Center for Media and Democracy first launched the ALEC Exposed investigation in 2011, revealing the extensive agenda of the corporate lobbying group, more than 100 corporations have left ALEC, including BP, Occidental, Yahoo, Visa, Coca-Cola, Microsoft, Walmart and McDonalds.

In September 2014, Google announced that it would end its ALEC funding. "I think the consensus within the company was that that was some sort of mistake, and so we’re trying to not do that in the future," Chairman Eric Schmidt told National Public Radio.

Schmidt then slammed ALEC for the deceptive claims it has showcased on climate change, even though "the facts of climate change are not in question anymore. Everyone understands climate change is occurring, and the people who oppose it are really hurting our children and our grandchildren and making the world a much worse place. And so we should not be aligned with such people—they’re just, they’re just literally lying."

Most recently, Shell Oil announced it would withdraw support for ALEC in August 2015, telling the Washington Post: "ALEC advocates for specific economic growth initiatives, but its stance on climate change is clearly inconsistent with our own."

Ford has attempted to present itself as a leader in addressing climate change, in part through its participation in the United Nations Global Compact (UNGC). The compact requires corporate members to address ten principles concerning human rights, labor standards, anti-corruption and the environment.

As part of its UNGC commitment, Ford boasts that it "is committed to doing our share to prevent or reduce the potential for environmental, economic and social harm due to climate change."

Ford's funding of ALEC is inconsistent with that aim.

At a session held during the 2014 ALEC Annual Meeting in Dallas, Texas, ALEC legislators were repeatedly told: “There is no scientific consensus on the human role in climate change.” At another session during the same conference, legislators heard that: "The idea that there is a "scientific consensus" [on climate change] does not hold up." ALEC counts more than 2,000 legislators as members and it has touted its reach in Congress with former House Speaker John Boehner plus several GOP members of the Senate and House who have publicly denied climate change.

Despite ALEC's efforts to promote climate change denial among U.S. politicians, there is in fact wide consensus that the earth is warming because of human activity. Respected scientific bodies including the National Academy of Sciences, the American Medical Association, and the American Association for the Advancement of Science, along with 97 percent of climate scientists agree on this point.

Earlier this year, CMD/PRwatch co-launched a new website that documents the teaching of climate change denial to legislators at ALEC conferences: ALECClimateChangeDenial.org.

ALEC's next meeting is in Scottsdale, Arizona, at the same time as the UNFCC's COP21 meeting on climate change will be taking place in Paris, France.