For Peace and Justice, Secretary Kerry Must Reject Keystone XL 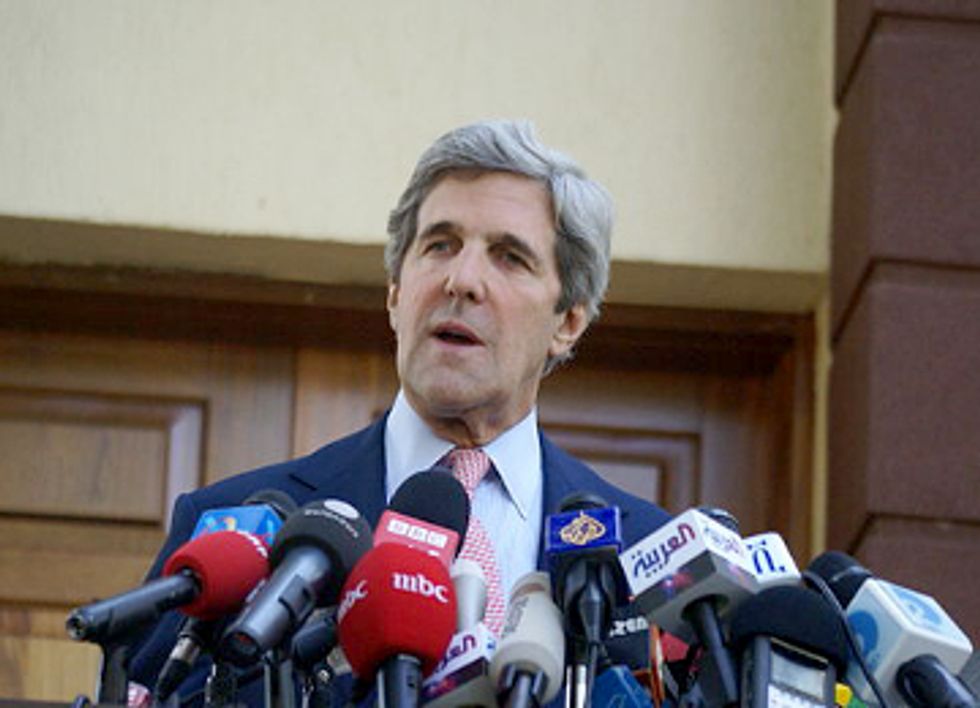 By Jeff Cobb and Lauren Berlekamp

Now as Secretary of State, history calls upon Kerry again to lead from the frontlines in the "war" against climate change, by advising President Obama to deny the Keystone XL pipeline permit. If Keystone XL is approved, scientists say it will be "game over for the climate" and we will not survive the resulting catastrophic, apocalyptic climate change. Teetering on the brink of runaway permafrost melt already, the tar sands will take us over the edge, unleashing an unstoppable tsunami of greenhouse gases two to 10 times those already emitted, as the permafrost melts.

Today, a coalition of 26 environmental, religious and public interest groups sent a letter to Secretary Kerry asking him to throw out the State Department’s environmental review of the proposed tar sands pipeline, which was released shortly after he was appointed. The coalition is also calling for Environmental Resources Management (ERM), the consulting firm in charge of the review, to be banned from future federal contracts for lying about direct conflicts of interest, including working for TransCanada, the company planning the pipeline from Alberta, Canada, to Texas.

"The public expects the State Department to perform a transparent and independent review of this project’s impacts on the environment and the global climate before the decision reaches President Obama’s desk," the groups said. "It is critical that the report on which the administration’s decision will rely on be free of any taint of impropriety or conflict of interest."

Earlier this month, after a Freedom of Information Act request revealed that the State Department was unaware of the pipeline's exact route, a State Department spokeswoman also admitted to Postmedia News of Canada that their office did not try to verify whether ERM was telling the truth when it certified that it had no business ties to TransCanada.

The groups, The Checks & Balances Project, Friends of the Earth, League of Conservation Voters, National Wildlife Federation and Sierra Club, are urging Secretary Kerry to:

Secretary Kerry must lead once again, "for peace and justice, and to try to make this country wake up once and for all" to the dangers of runaway climate change, and advise President Obama to deny the Keystone XL permit.