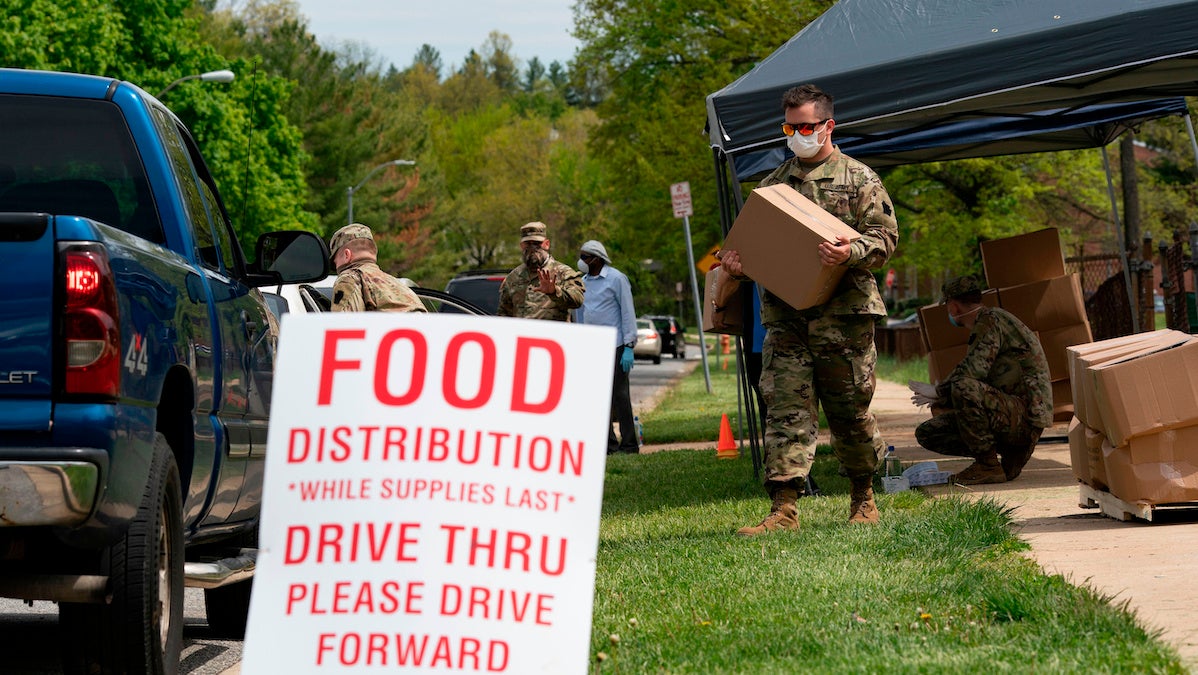 Soldiers with the Maryland Army National Guard distribute food to those in need on May 2, 2020 in Windsor Mill, Maryland, during the coronavirus pandemic. ALEX EDELMAN / AFP via Getty Images

Something is fundamentally wrong in the food supply chain. More and more people are going hungry and applying for food assistance. Meanwhile, farmers are dumping milk and eggs and plowing under their fields. Major food buyers like schools, hotels and restaurants have shut down, leaving nowhere for the food to go. This is the largest amount of food destroyed since the Great Depression.

In fact, last month, farmers were dumping 3.7 million gallons of milk each day, draining it into manure pits, where it mixed with fertilizer used in the fields, as The New York Times reported.

“These are not insolvable problems,” said Marion Nestle, a food studies professor at New York University, who spoke to The New York Times. “These are problems that require a lot of people, sums of money and some thought. If the government were really interested in making sure that hungry people got fed and farmers were supported, they would figure out a way to do it.”

The U.S. Department of Agriculture (USDA) will soon spend 0 million a month to purchase surplus vegetables, fruit, milk and meat from distributors and ship them to food banks. The department will also subsidize the boxing up of food for shipment to food banks, which is something that farmers had complained they could not afford to do, according to The New York Times.

However, as The Revelator noted, the USDA already buys unwanted cheese to the tune of more than million in a year, which is also produced with taxpayer-funded subsidies. The U.S. government currently has a federal stockpile of 1.4 billion pounds of cheese.

In a widely shared tweet last month, Wisconsin journalist Shaun Gallagher shared a video of tens of thousands of gallons of milk running down a drain.

What a waste! #COVID19Pandemic is forcing Dairy farmers to dump their milk down the drain so the milk market doesn’t implode. Why not give it away to those who need it? We’ll get to the bottom of it at 6:00. pic.twitter.com/ZXp2uSjWQa

“#COVID19Pandemic is forcing dairy farmers to dump their milk down the drain so the milk market doesn’t implode. Why not give it away to those who need it?” Gallagher wrote on Twitter.

The same issue has plagued New York state. “This is just a total waste to me,” Gov. Andrew Cuomo said last week, as The New York Daily News reported. “We have people downstate who need food and farmers upstate who can’t sell their product. We need to make that marriage between product upstate and need downstate.”

Cuomo announced an initiative he calls Nourish New York, in which the state will coordinate with farmers to purchase products and send them to food banks while upstate-based companies like Chobani and Cabot Cheese will distribute their excess products to food banks and those in need, as The New York Daily News reported.

The plan earmarks million for food banks to buy from the state’s farms. In addition to dairy, the food banks can use the money to buy apples, potatoes and other excess produce that farmers have stored away.

“It’s just a drop in the bucket,” said Jackie Klippenstein, a senior vice president at the co-op. “But we had to do something.”

In California, farmers are worried what they will do with the strawberries that will peak later this month.

“Time is not on our side,” said Mary Coppola, a vice president at the United Fresh Produce Association, a trade group of fruit and vegetable growers and processors, as The New York Times reported. “In my own personal opinion, we are not coming up with the supply-chain logistical solutions as quickly as produce is growing.”

In addition to the government, many grassroots organizations are trying to connect farmers with food banks and are helping purchase excess food from farms. 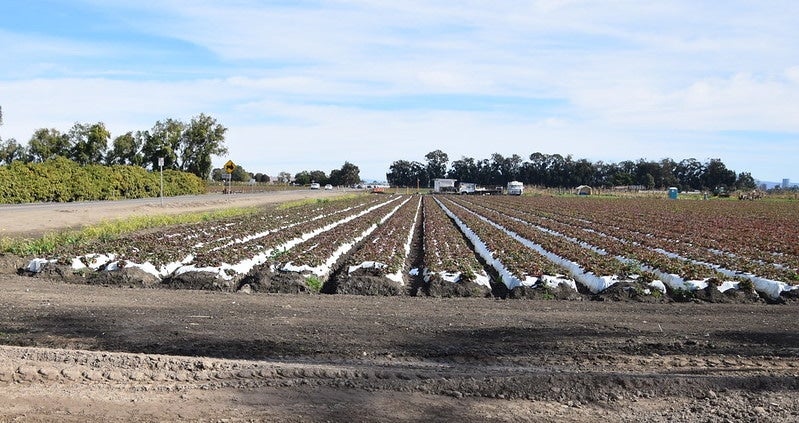