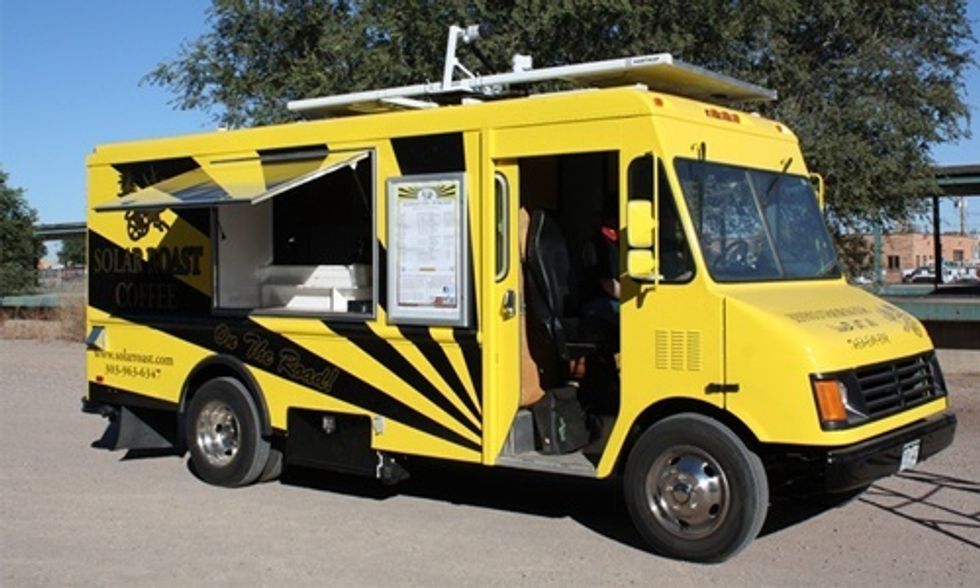 With more and more Americans turning to the food truck industry for a quick, cheap meal and sometimes even a gourmet meal, emissions from these gas guzzling machines is becoming a fairly significant factor.

So the question is, how can the U.S. make a move to keep and expand on our well-loved food trucks, while cutting their environmental impact? New York might have a solution, by going solar. The state has taken a huge step by launching an initiative to get 500 energy-efficient, solar-powered carts out on city streets by next summer. The pilot program will give food truck vendors the opportunity to lease carts for five years at little to no extra cost.

Food trucks have become increasingly popular over the past few years, with their revenue rising an average of 9.3 percent every year since 2010. With budget-friendly meals on-the-go, it’s no surprise why Americans are choosing this four-wheeled kitchen over a meal at a standard sit-down restaurant. In 2012, there was an estimated 3 million food trucks in the U.S. And while they have proved to be more efficient for the consumer, for the vendors and environment it can be another story entirely.

In a survey, food truck vendors were found often spending more than $500 a month on gas: the lights and refrigeration systems in the trucks are powered by diesel generators, while a tank of propane is used to keep the grills warm. Running sometimes up to 10 hours a day, this seemingly small contributor to air pollution is proving to make a big impact. Three million trucks running every day on fossil fuels adds more than 14 million pounds of carbon dioxide to the atmosphere every hour, turning into hundreds of billions within a year. And when tackling a problem as large as air pollution, sometimes it makes the most sense to focus on individual factors.

Perhaps it is time for the rest of the nation to follow New York’s example, and make sure this growing industry makes the right steps towards energy efficiency, recognizes the potential for saving money and takes the next steps to protect the environment: all by going solar.

These carts are expected to cut fossil-fuel emissions by 60 percent, and smog-causing nitrous-oxides by 95 percent, as stated by EnergyVision in an independent analysis of the cart’s technology. If this technology were to be implemented nation-wide, it could mean over 28 million pounds of fossil fuels spared from the atmosphere every hour. This is good news for the vendors too, helping them cut energy costs by up to 20 percent.