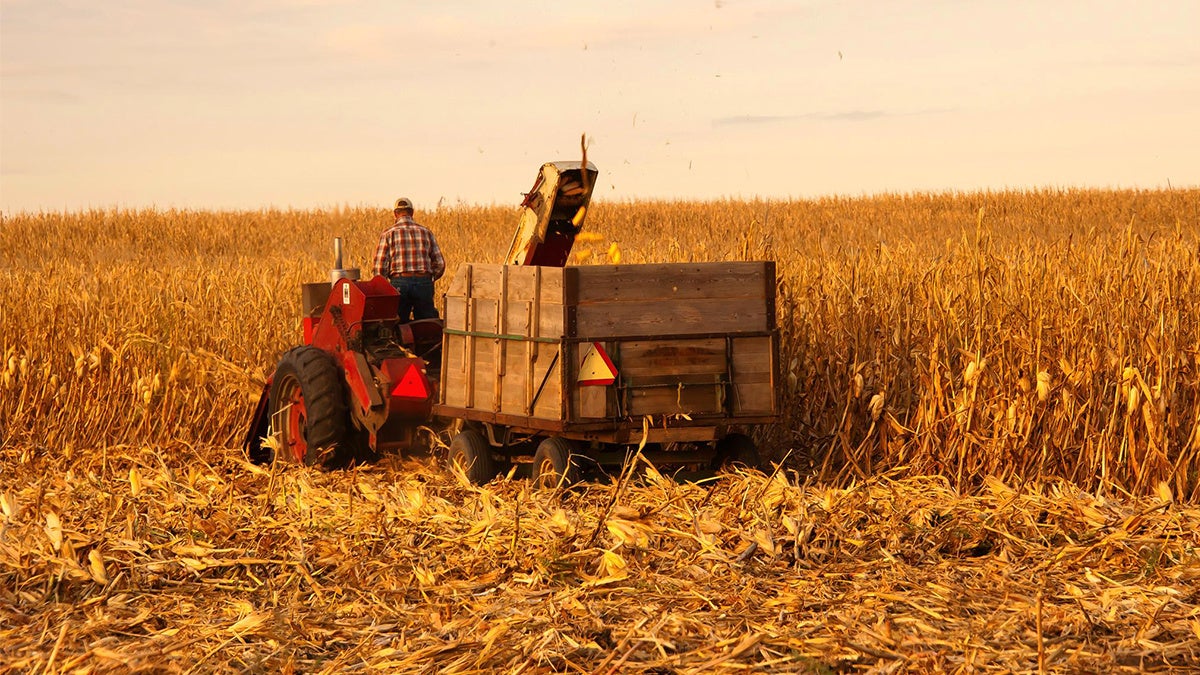 Researchers have pinpointed a previously underexamined threat to global food production, and they warn it will only get worse as the climate crisis intensifies.

The study, published in Nature Climate Change Monday, found that specific wave patterns in the jet stream can trigger heat waves that simultaneously bake parts of North America, Europe and Asia responsible for 25 percent of the world’s food, according to a press release published by Columbia University’s Earth Institute.

“Normally, low harvests in one region are expected to be balanced out by good harvests elsewhere,” study coauthor Dim Coumou of the Institute for Environmental Studies at VU University Amsterdam said in the press release. “These waves can cause reduced harvests in several important breadbaskets simultaneously, creating risks for global food production.”

Simultaneous heat extremes in major crop producing regions are synced by specific patterns in the Jetstream our new paper in @NatureClimate shows.

Amplifying the risk of multiple harvest failures this has potential implications for global food security.https://t.co/2wWAeeqZ0N pic.twitter.com/rWaw4RgLrR

Here’s how it works. The jet stream circulates air west to east around the northern hemisphere. Usually, it moves in a relatively straight line, but sometimes it dips north or south. These dips are called Rossby waves, and they can pull Arctic air down to freeze lower latitudes or push tropical air up to bake higher ones. This study was concerned with the baking, and it found two specific Rossby wave patterns that can trigger simultaneous heat waves when they pause in certain predictable locations.

Because the jet stream is so complex, researchers have only recently been able to understand these patterns.

“Until now, this was an underexplored vulnerability in the food system,” lead author and postdoctoral researcher at Columbia University’s Earth Institute Kai Kornhuber said in the press release. “During these events there actually is a global structure in the otherwise quite chaotic circulation. The bell can ring in multiple regions at once.”

In fact, the researchers found that the risk of simultaneous, extreme heat waves increased 20 fold for the specified regions if either of the two wave patterns was in place. If the pattern persisted for two or more weeks in the summer, food production decreased by an average of four percent across the affected regions and by as much as 11 percent in the individual regions.

Kornhuber said the effects would only get worse with climate change.

This could happen for one of two reasons. First, as the planet warms, heat waves will become more extreme.

“In general, extremes will become stronger, and the likelihood that extremes will occur simultaneously will also increase,” Kornhuber told The Washington Post’s Capital Weather Gang.

Further, some studies have suggested that the climate crisis might be making the jet stream both more wobbly and more likely to get stuck in these wave patterns. This particular study uncovered global heat waves that occurred in 1983, 2003, 2006, 2012 and 2018, according to the press release. Since most of them occurred after 2000, it is possible that climate change played a role in their frequency, Kornhuber said, but he noted there was not yet enough evidence to say for sure.

The wavy jet patterns are linked to a significant decrease in crop production across affected regions. While future circulation changes are still debated, heat extremes and impacts associated with the wave patterns will become more severe in a warming world. pic.twitter.com/gDtqenTGAQ

Either way, already damaging heat waves will get more severe. The global heat waves documented in the study killed thousands of people in addition to crops and often led to spikes in food prices. This has already contributed to global unrest, as the case of the 2010 heat wave makes clear.

“The 2010 heatwave in Russia caused major harvest failures which led to a national export ban on grains,” Kornhuber told the Thomson Reuters Foundation.

This, along with other factors, “contributed to an increase of 50% in (global) wheat prices by the end of the year,” Kornhuber explained. “This price spike has been connected to the Arab Spring unrest.”