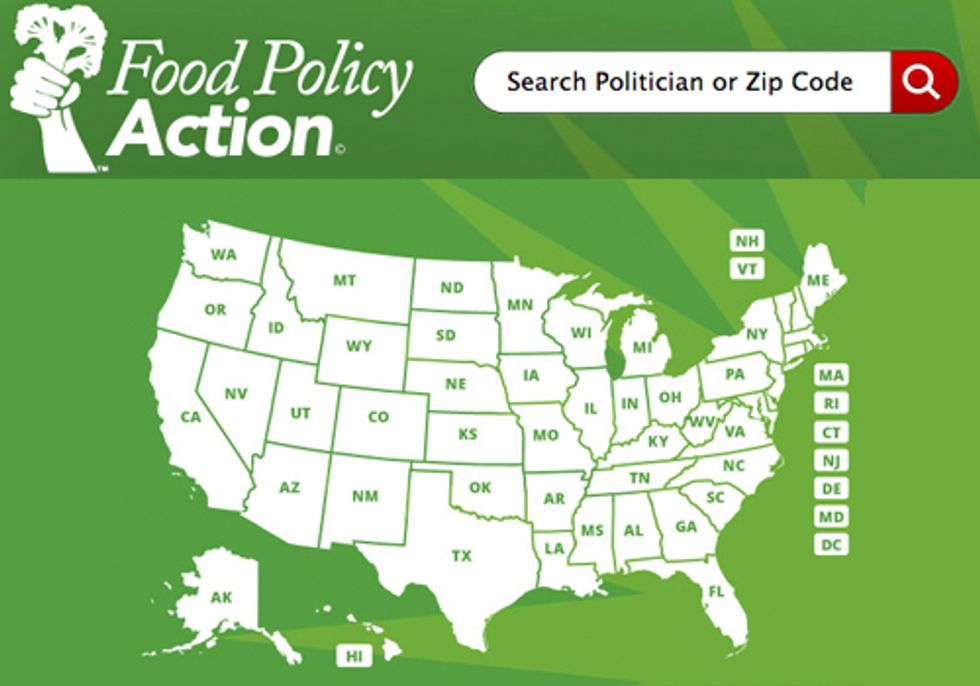 Look out, Washington: You’re on the menu.

Food policy touches every facet of your life—everything from the safety of your breakfast cereal to the price of your lunch to the environmental impact of your chicken dinner.

Although we all eat three (or more) times a day, few people know much about their food and how it’s affected by government policies. Even fewer know whether their elected leaders in Congress are supporting policies that help keep food safe, healthy and affordable, and ensure that it is produced in ways that treat animals humanely and minimize damage to the environment.

Now, however, food policy—and, in particular, Congressional votes on food issues—just got easier for voters to digest.

Consumers who have been changing the food supply for the better by voting with their pocketbooks—shopping locally at nearly 8,000 farmers’ markets and buying more organic—can use that voting history to change government policies for the better as well.

Nearly four out of five Americans agree that the primary goal of federal food and farm policy should be to make nutritious and healthy food more affordable and more accessible. But government policies do too little to ensure that food is safe, accessible, affordable, sustainable and supports healthy diets. The result:

• Every year, millions of Americans get sick from food-borne contaminants, and roughly 3,000 die.
• More than 50 million households still struggle with hunger, including one in four children.
• One third of adults and nearly 20 percent of children are obese.
• Millions of Americans lack easy access to healthy foods.
• Polluted runoff from farms remains the leading source of water pollution.

The scorecard is based on votes taken during the 112th Congress that had a bearing on such issues as food safety, hunger, farm subsidies, food labeling, organic food and local food systems. In the future, animal welfare and food industry consolidation will be added to the food issues that factor in the scoring.

The good news from the results is that consumers have plenty of champions in Congress on both sides of the aisle. The bad news is that some of the most powerful members of Congress have the lowest scores.

That needs to change, and there has never been a better time to turn the food movement from a social and economic movement into a political force.

One of the more interesting things we will learn on Nov. 6 is whether or not there is a “food movement” in America worthy of the name—that is, an organized force in our politics capable of demanding change in the food system. People like me throw the term around loosely, partly because we sense the gathering of such a force, and partly (to be honest) to help wish it into being by sheer dint of repetition.

Now, the food movement will have the tools to hold legislators accountable when they vote against policies that would make healthier food safer, more affordable and more accessible.