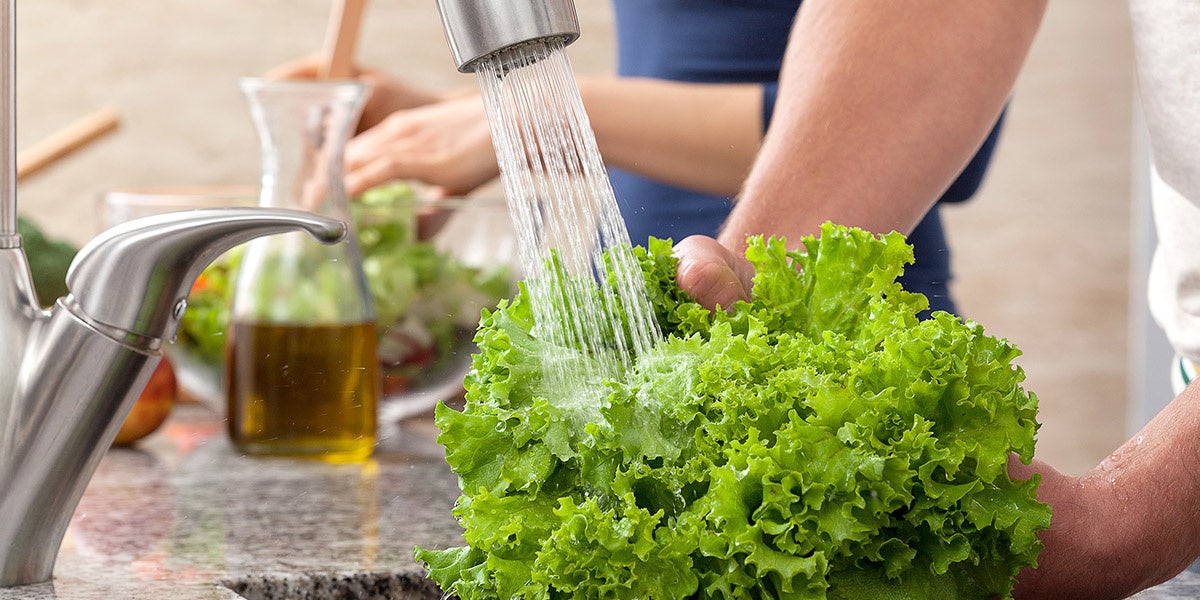 Three days before 2018 arrived, officials from the Centers for Disease Control and Prevention (CDC) announced they were investigating a foodborne E. coli outbreak that ultimately resulted in one death and sickened at least 25 people in 15 states. “Leafy greens” were identified as the likely source, but the Food and Drug Administration (FDA) continues to work with state and local partners to determine the specific products that made people ill and where they were grown, distributed and sold, all with the goal of finding points where the E. coli contamination might have occurred.

This outbreak highlights the importance of the ongoing implementation of the FDA Food Safety Modernization Act (FSMA). Food safety—overseen by FDA and the U.S. Department of Agriculture—should remain a priority for federal policymakers this year. We already saw a major step forward in produce safety in January as FDA’s first enforceable food safety standards for fresh fruits and vegetables took effect on large farms.

Here are four other food safety policy developments expected in 2018:

The same week that the CDC announced its E. coli investigation, the inspector general for the Department of Health and Human Services, of which FDA is a part, released a report that concluded the agency “did not always have an efficient and effective food-recall process.” These faults at times translated into delays in the removal of unsafe products from the marketplace. FDA Commissioner Scott Gottlieb responded, in part, with a pledge that the agency would act in 2018 to speed up recalls, including the release of new guidance on recall communications with consumers. One change under consideration is publicly disclosing information about the retail and food service locations that sold or served recalled products. Currently, the agency often considers these details exempt from disclosure. The Pew Charitable Trusts and other public health advocates have urged FDA to adopt a clear and consistent policy to provide such facts so Americans can more easily determine if they may have bought or eaten contaminated foods and can take steps to protect their families.

On Jan. 19, USDA released a proposed rule that would shift how certain hog slaughterhouse duties are divided between employees of the department’s Food Safety Inspection Service (FSIS) and the companies that own the hogs. Similar to a 2014 USDA rule covering poultry plants, the proposal would allow FSIS inspectors in hog slaughter establishments that opt into the program to perform more duties away from the animal processing line, such as overseeing a facility’s compliance with sanitation and prevention-based food safety regulations. The facility’s employees would take on some of the duties previously handled by FSIS employees, such as carcass sorting and removal. Pork industry groups have expressed strong support for the USDA’s intent to make these changes, although some members of Congress and consumer advocates have raised concerns that the proposal would jeopardize food safety, as well as the welfare of animals and slaughterhouse workers.

In his fiscal year 2018 budget request, President Trump proposed a change in how meat and poultry inspections are funded from appropriated dollars to user fees collected from businesses overseen by FSIS. Congress rebuffed the idea in its fiscal 2018 spending bills, but the administration may again advance the proposition in the president’s fiscal 2019 budget, scheduled for public release on Feb. 12. For many years, lawmakers, meat and poultry companies and consumer advocates have strongly objected to any shift in the funding mechanism from a taxpayer-supported, general good to a program funded directly by the regulated industry. Meanwhile, with bipartisan support in Congress, FDA’s food safety program has received funding increases for six years running as it implements FSMA. However, this portion of the budget could be targeted for cuts in fiscal 2019.

4. Reauthorization of the Farm Bill

Congress typically takes up a broad package of farm legislation that includes everything from crop insurance to nutrition assistance and conservation programs about every five years. The current law—the Agricultural Act of 2014—expires Sept. 30. In limited instances, a farm bill has included policies related to meat and poultry safety. That last happened in 2008, when the law created a program that allows facilities inspected by state authorities (rather than by FSIS) to ship products across state lines. At this time, it is unclear whether the next iteration of the federal law will contain meat and poultry safety-related provisions.