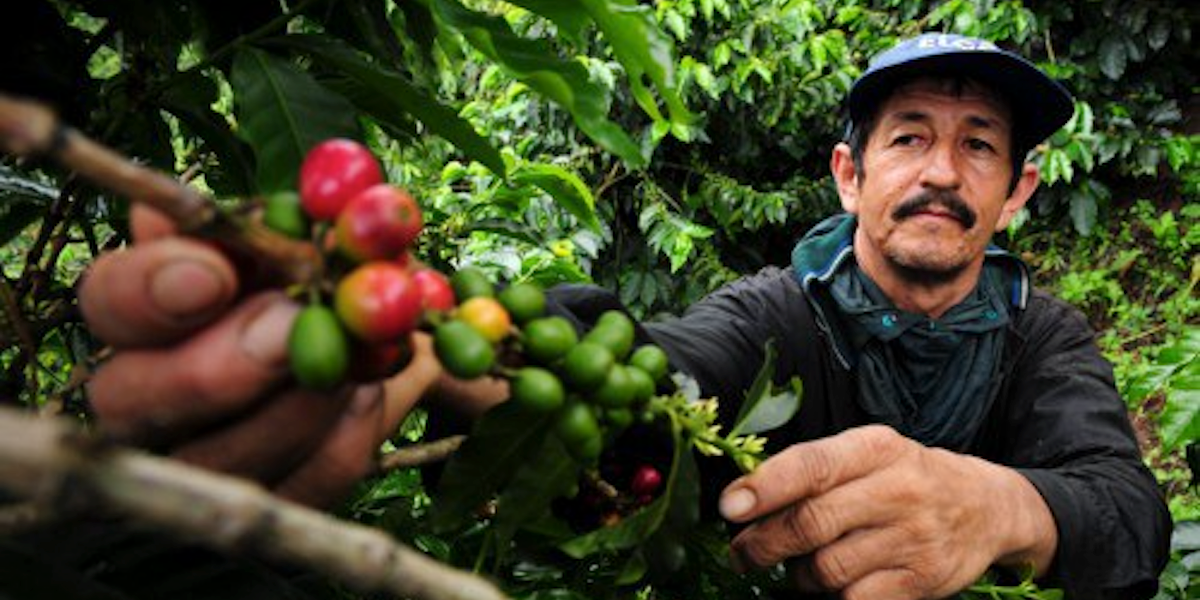 Human civilization utterly depends on our precious food supplies, but the planet’s sixth mass extinction of plants and animals currently underway is also threatening the world’s food crops, according to a new report from Bioversity International.

“Huge proportions of the plant and animal species that form the foundation of our food supply are just as endangered [as wildlife] and are getting almost no attention,” Ann Tutwiler, director general of Bioversity International, wrote in an article for the Guardian.

“If there is one thing we cannot allow to become extinct, it is the species that provide the food that sustains each and every one of the seven billion people on our planet,” she said.

According to the report, 940 cultivated species are already threatened. Tutwiler emphasized the impact on popular foods and commodities:

“Take some consumer favorites: chips, chocolate and coffee. Up to 22% of wild potato species are predicted to become extinct by 2055 due to climate change. In Ghana and Ivory Coast, where the raw ingredient for 70% of our chocolate is grown, cacao trees will not be able to survive as temperatures rise by two degrees over the next 40 years. Coffee yields in Tanzania have dropped 50% since 1960.”

Additionally, of the estimated 5,538 plant species counted as food, just three—rice, wheat and maize—provide more than 50 percent of the world’s plant-derived calories.

“Relying so heavily on such a narrow resource base is a risky strategy for the planet, for individual livelihoods and for nutritious diets,” the report states.

As the Guardian pointed out, a disease or pest can sweep through large areas of monocultures, like during the Irish potato famine when a million people starved to death.

Tutwiler noted that the world’s incredible diversity of wild or rarely cultivated species—such the beta carotene-rich gac fruit from Vietnam or the vitamin A-filled Asupina banana—”can be a source of affordable, nutritious food—provided we don’t let it disappear.”

“This ‘agrobiodiversity’ is a precious resource that we are losing, and yet it can also help solve or mitigate many challenges the world is facing,” she said. “It has a critical yet overlooked role in helping us improve global nutrition, reduce our impact on the environment and adapt to climate change.”

In an interview with FoodTank, Tutwiler commented on how agribusiness and the Western diet has also contributed to the world’s loss of biological diversity of food:

“From the production side, a focus on ‘feeding the world’ rather than ‘nourishing the world’ has led to a focus on a handful of starchy staples that has contributed to an increase in land planted with maize, wheat, and rice from 66 percent to 79 percent of all cereal area between 1961 and 2013.

On the consumption side, there is a growing global tendency towards Western diets and processed convenience foods. Diets are based more and more on major cereals, plus sugar and oil. So these now dominate our agricultural production. Of the 30,000-ish plant species that can be used as food, today only three—rice, wheat, and maize—provide half the world’s plant-derived calories and intakes of pulses, fruits, and vegetables are low.

At the same time, the same pressures that are driving the sixth mass extinction of wild biodiversity are also affecting agricultural biodiversity—habitat transformation, deforestation, invasive species, and climate change. They also lead to disruption in pollinators and natural pest control. Loss of wild biodiversity can lead to erosion of genetic diversity (like the wild relatives of crops, which are a valuable source of traits for breeding), which reduces options for breeding new plant varieties better adapted to climate change.”