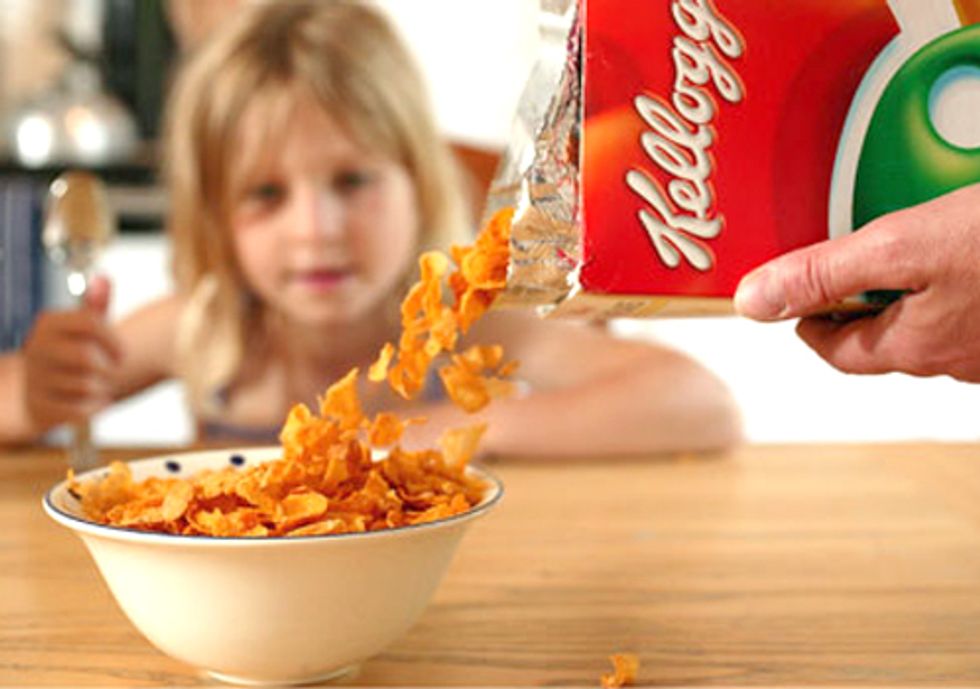 In case you had any doubt that California’s Prop 37—which would require labeling of food containing genetically-modified organisms (GMOs)—is a significant threat to industry, a top food lobby has now made it perfectly clear.

In a recent speech to the American Soybean Association (most soy grown in the U.S. is genetically modified), Grocery Manufacturers Association (GMA) President Pamela Bailey said that defeating the initiative “is the single-highest priority for GMA this year.”

You may not know the Grocery Manufacturers Association, but its members represent the nation’s largest food makers—those with the most at stake in the battle over GMO labeling. For example, soft drink and snack giant PepsiCo, cereal makers Kellogg and General Mills, and of course, biotech behemoth Monsanto.

According to state filing reports, so far GMA has spent $375,000 on its efforts to oppose the labeling measure, with its members adding additional out-of-state lobbying power in the tens of thousands of dollars.

Never mind polling demonstrating that a whopping 90 percent of Californians think they deserve the right to know what they are eating. GMA also won’t bother to mention the more than 40 other nations (including the European Union, Brazil and China) that already require food makers to disclose GMOs.

This is hardly the first time the nation’s most powerful trade association of food manufacturers has marshaled its resources to oppose common-sense food and nutrition policy—at both the national and state levels.

As I documented in my book, Appetite for Profit, for years GMA flexed its lobbying muscle in state legislatures all over the country fighting bills that were simply trying to remove junk food and soda from school vending machines.

Big Food lobbyists have also banded together to vociferously fight any attempt to restrict out of control junk food marketing to children on TV and other media.

For example, in 2005, GMA was a founding member of the Alliance for American Advertising, whose stated purpose was to defend the food industry’s alleged First Amendment right to advertise to children and to promote voluntary self-regulation as an alternative to government action.

More recently, the Grocery Manufacturers Association was among leading trade groups and corporations opposing the federal government’s attempt to improve industry’s own voluntary guidelines for food marketing to children. As this Reuters special report from April explains, GMA’s chief lobbyist visited the White House last July along with several top food industry representatives (including from Nestle, Kellogg and General Mills) to scuttle an effort by four federal agencies that would have protected children from predatory junk food marketing.

It seems rather ironic that the same food makers taking advantage of every inch of food packaging space to convince shoppers to purchase its products would object so strongly to labeling for something they claim is not harmful.

Indeed in recent years, the federal government, in recognizing that food companies’ so-called “front of package” labeling is so out of control that it commissioned not one but two Institute of Medicine reports to make recommendations to fix the problem and un-confuse consumers.

Unwilling to tolerate government intervention designed to help Americans, the Grocery Manufacturers Association has been aggressively promoting its own new nutrition labeling scheme it calls “Facts Up Front.” But as Food Politics author Marion Nestle has explained, this is an obvious end-run around the feds. Here is how the food industry describes its own voluntary program:

Facts Up Front is a nutrient-based labeling system that summarizes important information from the Nutrition Facts Panel in a simple and easy-to-use format on the front of food and beverage packages.

Translation: We are repeating information already required on the back of the package, now placing it in a format we like better on the front.

See how that works? The food industry is always in charge. That’s why the nation’s largest packaged food lobby and its members are shaking in its boots over 90 percent of Californians wanting to see GMO labeling on food.

And no wonder, because as GMA President Bailey correctly warned her audience: “If California wins, you need to be worried the campaign will come to your state.”