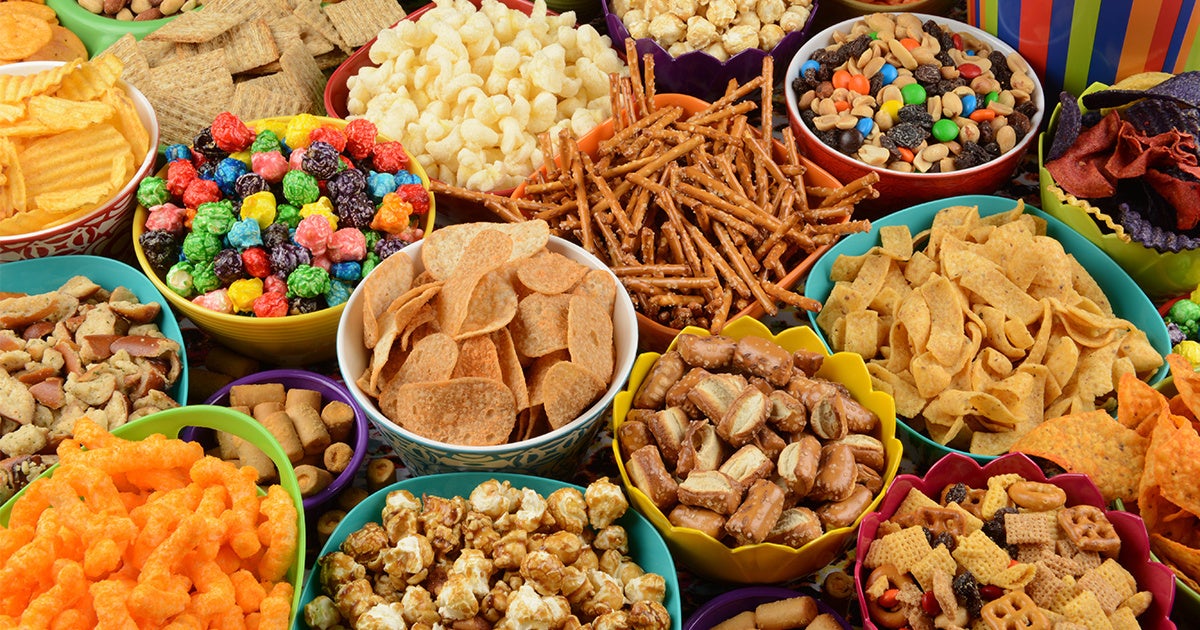 Can’t stop eating that bag of chips until you’re licking the salt nestled in the corners of the empty package from your fingers? You’re not alone. And it’s not entirely your fault that the intended final handful of chips was not, indeed, your last for that snacking session. Many common snack foods have been expertly engineered to keep us addicted, almost constantly craving more of whatever falsely satisfying manufactured treat is in front of us.

“Humans have an inherited preference for energy-rich foods — like fats and sugars — and thus natural selection has predisposed us to foods high in sugar and fat,” explains Jennifer Kaplan, instructor of the course Introduction to Food Systems at the Culinary Institute of America in St. Helena, California. “Food scientists know this and create ingredients that are far higher in fat and sugar than occur in nature. The most common such sugar is high-fructose corn syrup and is therefore intrinsically addictive.” In fact, foods that didn’t used to be sweet, like pasta sauce, are now artificially sweetened to keep consumers craving the product, with sugar levels that can rival those found in packaged desserts.

High-fructose corn syrup (HFCS) is found in everything from ketchup and salad dressing to cereal and breads — foods that aren’t necessarily perceived as sweet — and sometimes even in “healthier” alternatives, like light beer. Anheuser-Busch, the St. Louis-based brewer of Bud Light, highlighted the popular beer’s lack of HFCS during a controversial Super Bowl commercial. The ad, which tried to push Bud Light as the more desirable light beer because of its lack of corn syrup (as opposed to its competitors), notably annoyed the brewery’s neighboring midwestern corn farmers, who are subsidized by the U.S. government to essentially keep pumping our processed foods with corn products.

So what’s so bad about HFCS, the ubiquitous ingredient so essential to the inner aisles of the American supermarket? A tablespoon of the super sweet stuff packs in roughly 53 calories, 14.4 grams of carbohydrates and 5 grams of sugar, while an entire ear of corn has about 123 calories. It’s much easier to ingest extra, empty calories when they’re processed down to a sugary additive, which enhances the flavor of processed foods.

As an ingredient, HFCS was shown in a 2013 study to be as addictive as drugs, like cocaine or heroin, with salt proven to have similarly addictive, opioid-like qualities. Australian neuroscientist Craig Smith has studied the effect of salt cravings in humans for years, concluding that eating excessive amounts of sodium makes people crave salt more, and those who eat less junk food can benefit from lower salt cravings and therefore fewer of the negative effects associated with too much salt consumption.

Even if a food isn’t overly salty, salt may sneak into packaged food more rampantly than expected. “In most cases, salt is used as a preservative to give food extended shelf life and keep food safe,” explains Nia Rennix, a clinical nutritionist who specializes in weight loss and blood sugar regulation. Salt can also be used to enhance a food’s color (such as making the crust of bread a more appealing golden brown), as well as a flavor enhancer in foods you may not associate with saltiness, like ketchup or breads.

You may not be tasting the salt in your mall pretzel or packaged condiments, but salt as an ingredient is keeping you hooked. “Salt is extremely addictive, just as much as sugar. The more you consume salt, the more you crave it, and manufacturers realize this,” says Rennix. “They continue to add salt to foods because they want you to continue to purchase [their products]. It doesn’t matter if the salt is white, pink, sea salt or crystallized — it all has the same effect on one’s body.” Packaging may lead you to think that certain salts are healthier, but, truly they are all the singular thing that is bad in excess: Salt.

Beyond overeating in general, eating too much salt is proven to have negative effects on human health. “Eating too much salt is not good for your health, because the extra water that you hold on to raises your blood pressure. The more salt you eat, the higher your blood pressure,” Rennix explains. “All of this can put a strain on your heart, kidneys, brain and arteries, which could lead to a stroke, heart attack or kidney disease.” And yet, Americans remain casually addicted to the stuff.

While addictive drugs like cocaine and heroin are illegal, the U.S. currently has no regulations on the amounts of sugar, sweeteners and salt that can be added to foods widely available in grocery stores — a fact that underlies the looming public health crises of obesity and related illnesses. According to data from the Centers for Disease Control and Prevention, 93.3 million Americans, roughly 40 percent, are affected by obesity, a condition closely associated with heart disease, stroke, type 2 diabetes, certain types of cancer and premature death. And even armed with this knowledge, many Americans are regularly lured in by food that is designed to be hard to resist.

“Making items highly palatable is just the beginning,” explains chef and registered dietitian Jessica Swift, who holds an MSc in nutritional sciences. “Pumping food full of sugar to the person with the sweet tooth is what junk food companies strive for. Having that sugar could release dopamine, the feel-good hormone in the brain, which associates that food with pleasure — causing the body to crave more.”

That feel-good sensation will keep you hooked on certain foods, which will bring instant comfort when consumed. “Wanting to repeat that pleasure is natural, and this can lead to over-consumption of said food,” says Swift.

Self-soothing with food is a common, easy and often cheap tactic for a quick fix, but seeking that comfort can even be less obvious, especially when you’re not necessarily feeling down. For example, smelling a dish outside a restaurant or at a supermarket can evoke pleasant memories that awaken cravings. “Absolutely, smelling a warm apple pie could remind you of grandma’s Sunday dinners. Gingerbread could remind you of holidays with the family. [Scent can play a part in] … the emotional attachment to food,” says Swift. Associating food with pleasure keeps humans addicted even further to the foods engineered with excessive sugar, salt and fat to keep you craving more. Think of sniffing Cinnabon at the mall, a scent that has been proven to entice customers toward consuming previously unwanted calories and sugars.

While food addiction is often used colloquially, the Yale Food Addiction Scale has been developed as a measure to determine people’s level of substance dependence. Still, even if not clinically diagnosed, humans can be unhealthily hooked on junk food. So how do we stop it?

“Choose moderation for foods that you think could be highly addictive for you,” Swift recommends. “Make sure you are consuming a well-balanced diet and drinking plenty of fluids.” When grocery shopping for items to stock your pantry with, read nutrition labels and avoid foods with high sodium and sugar content. “Do not keep these foods within arm’s reach,” Swift says. “Typically, when you have to put in an effort to get an item, you are less likely to consume it.” At least in this case, laziness can help your health.

Melissa Kravitz is a writing fellow at Earth | Food | Life, a project of the Independent Media Institute.