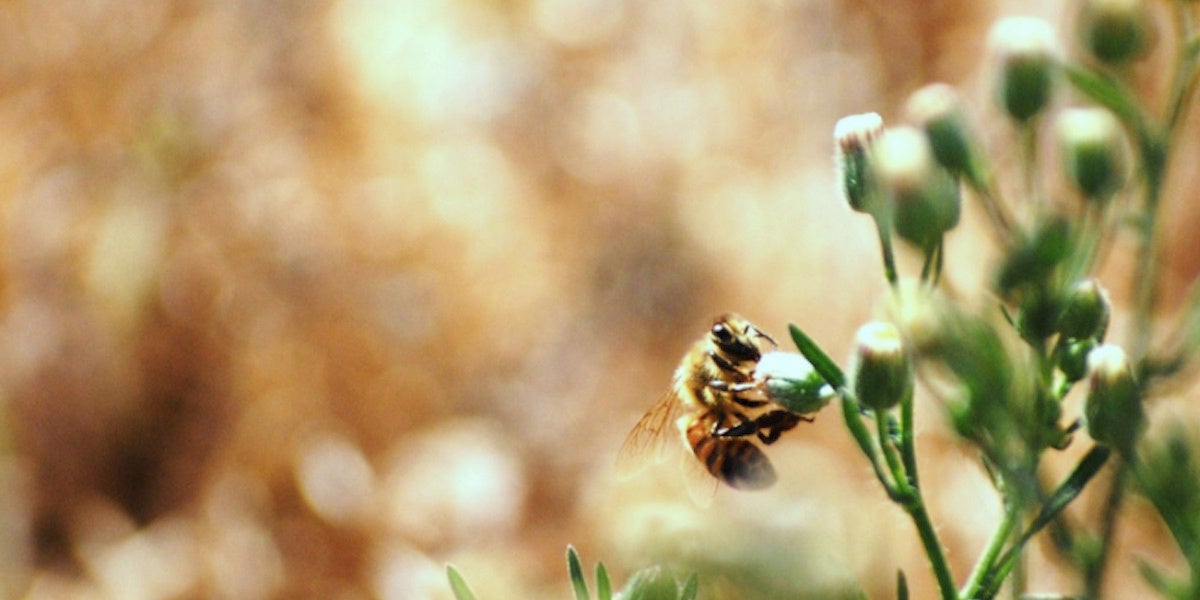 A new study published Wednesday in the journal PLOS ONE adds more evidence that insect populations around the globe are in perilous decline.

For the study, researchers from Radboud University in the Netherlands, alongside their German and English colleagues, measured the biomass of trapped flying insects at 63 nature preserves in Germany since 1989. They were shocked to discover that the total biomass decreased dramatically over the 27 years of the study, with a seasonal decline of 76 percent and mid-summer decline of 82 percent, when insect numbers tend to peak.

According to AFP, while previous studies have documented the disappearance of butterflies and bees in Europe and North America, the current study is the first to document that flying insects in general have decreased.

The reason behind the population decline is unclear. “Changes in the weather, landscape and plant variety in these areas are unable to explain this,” a press release for the study noted. “The weather might explain many of the fluctuations within the season and between the years, but it doesn’t explain the rapid downward trend.”

“All these areas are protected and most of them are managed nature reserves. Yet, this dramatic decline has occurred,” said Caspar Hallmann, a researcher at Radboud University.

Incidentally, most of the 63 nature reserves in the study are surrounded by agricultural lands, meaning pesticide use may be to blame.

“These surrounding areas inflict flying insects and they cannot survive there,” Hallmann said. “It is possible that these areas act as an ‘ecological trap’ and jeopardize the populations in the nature reserves.”

The researchers were alarmed by their findings since insects are important pollinators and provide food for larger animals such as birds and other creatures.

“As entire ecosystems are dependent on insects for food and as pollinators, it places the decline of insect eating birds and mammals in a new context,” Hans de Kroon of Radboud University said. “We can barely imagine what would happen if this downward trend continues unabated.”

The researchers hope that their study will prompt further research and spur protective measures.

“The only thing we can do right now is to maintain the utmost caution,” De Kroon added. “We need to do less of the things that we know have a negative impact, such as the use of pesticides and prevent the disappearance of farmland borders full of flowers. But we also have to work hard at extending our nature reserves and decreasing the ratio of reserves that border agricultural areas.”