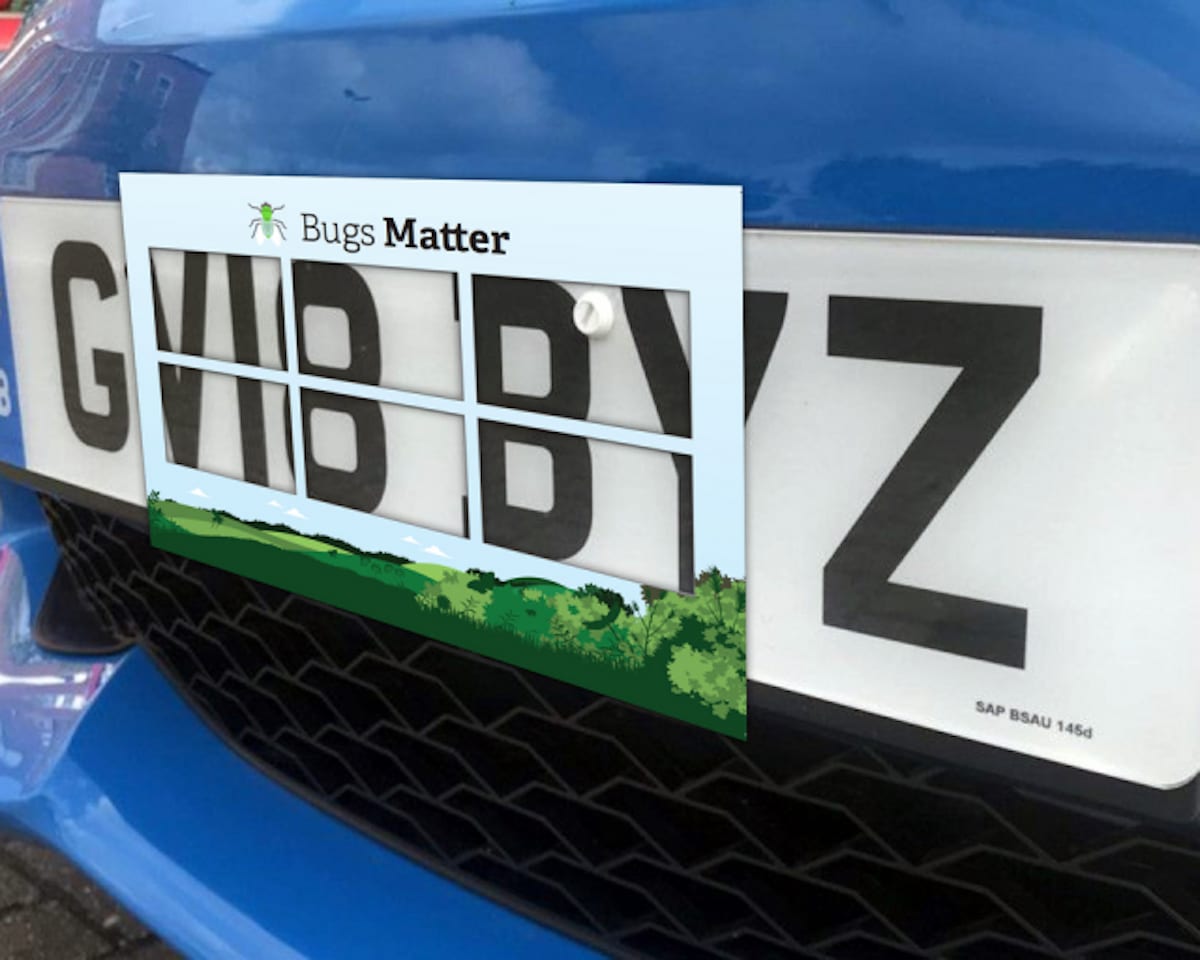 UK citizen scientists counted the number of insects that splattered on their license plates after a car journey. Buglife

Have you observed that the number of insects landing on your car windscreen has decreased over the past decades?

If so, you aren’t alone. Two conservation groups in the UK set out to test the oft-observed “windscreen phenomenon,” and the result was shocking: The number of flying insects landing on British cars fell by almost 60 percent in just 17 years.

“This vital study suggests that the number of flying insects is declining by an average of 34% per decade, this is terrifying,” Buglife CEO Matt Shardlow said in a press release. “We cannot put off action any longer, for the health and wellbeing of future generations this demands a political and a societal response, it is essential that we halt biodiversity decline – now!”

Buglife conducted the 2021 Bugs Matter report along with the Kent Wildlife Trust. The two groups set out to actually test the so-called “windscreen phenomenon” by asking citizen scientists to record how many bugs and other invertebrates ended up splattered on their license plates after a trip.

Before making an essential journey in their vehicle, drivers cleaned their number plate, and afterwards counted the insects squashed on it using a “splatometer grid” supplied as part of the survey.

They then submitted a photo and count details via the Bugs Matter app and the data was converted into “splats per mile” to make it comparable between journeys.

The research team looked at the “splats per mile” from 599 trips taken in Kent in 2019 and 3,348 trips made across the UK in 2021, the report said. They then compared the figures with data from a similar study conducted by the Royal Society for the Protection of Birds in 2004. What they found was that the abundance of insects on license plates had declined by 58.5 percent between 2021 and 2004. The decline was observed across the UK, but was sharpest in England, at 65 percent, followed by Wales at 55 percent and Scotland at 27.9 percent.

The researchers acknowledged that their findings were only based on two years, which could have been either unusually good or bad, The Guardian reported. However, the findings are consistent with a growing number of scientific studies showing an alarming decline in insect populations worldwide. Many insect populations are falling by one to two percent every year, or 10 to 20 percent each decade.

This is a problem because insects are essential for pollinating food, recycling waste and contributing to the food web, according to AP News.

Insects “are absolutely the fabric by which Mother Nature and the tree of life are built,”  University of Connecticut entomologist David Wagner told AP News.

This is true both worldwide and in the UK.

“The results from the Bugs Matter study should shock and concern us all. We are seeing declines in insects which reflect the enormous threats and loss of wildlife more broadly across the Country,” Kent Wildlife Trust director of conservation Paul Hadaway said in the press release. “These declines are happening at an alarming rate and without concerted action to address them we face a stark future. Insects and pollinators are fundamental to the health of our environment and rural economies. We need action for all our wildlife now by creating more and bigger areas of habitats, providing corridors through the landscape for wildlife and allowing nature space to recover.”

Buglife also said that individuals could do their part by not using pesticides, planting wildflowers and refraining from mowing their lawns, The Guardian reported.