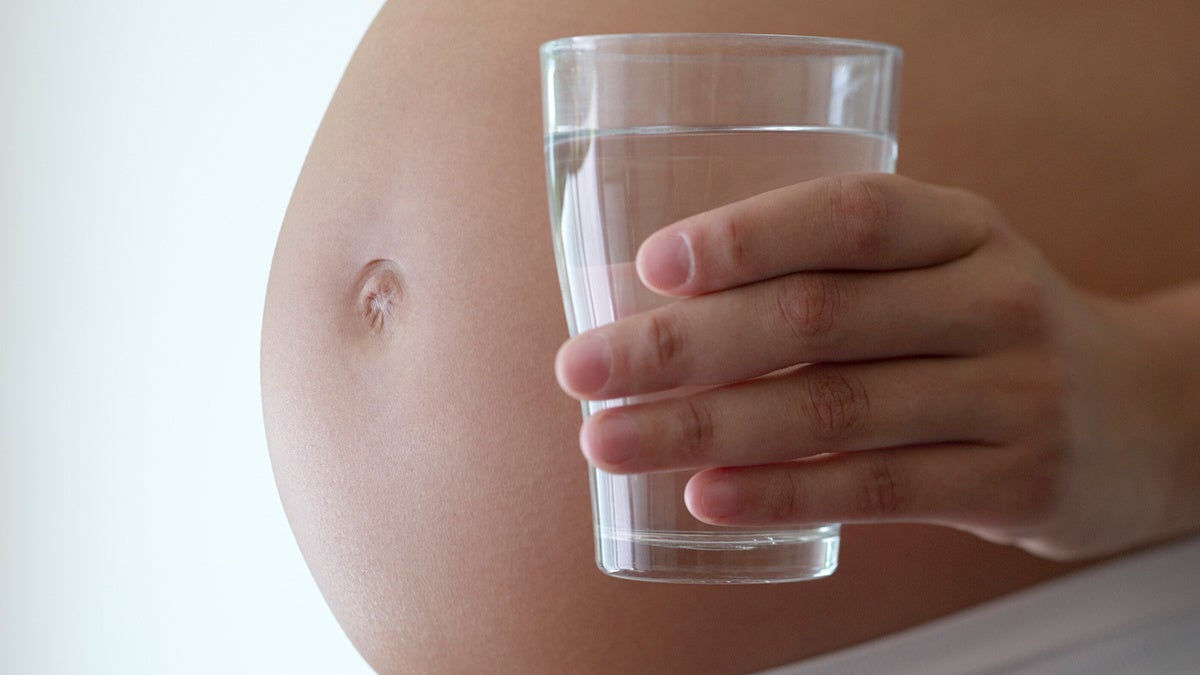 Drinking water treated with fluoride during pregnancy may lead to lower IQs in children, a controversial new study has found.

According to the U.S. Centers for Disease Control and Prevention, many adults and children have seen the dental health benefits of drinking water treated with fluoride over the past 70 years, including stronger teeth and 25 percent fewer cavities. Currently, more than 66 percent of Americans receive fluoride-treated water.

But according to researchers at York University in Toronto, the higher the concentration of fluoride present in a mother-to-be’s urine, the lower her male child’s IQ score.

For the study, which was published this week in JAMA Pediatrics, the researchers tracked 512 mothers, measuring their fluoride exposure by comparing how much was in their community’s drinking water, how much tap water and tea the mothers drank, and the amount of fluoride in their urine throughout their pregnancies. Their children received an IQ test between ages three and four.

The researchers found that for every increase of 1 milligram per liter concentration of fluoride in a mother’s urine, the child’s IQ score dropped 3.7 points. Male children saw a 4.5-point lower IQ score for each 1 milligram per liter, while there was no significant link when it came to female children, though the researchers could not point to why.

“At a population level, that’s a big shift. That translates to millions of IQ levels lost,” study author Christine Till, an associate professor in the Department of Psychology at York University in Toronto, told CNN.

The results appear to back up the findings of the few previous studies showing an association between increased fluoride exposure and reduced IQ in children, though this is the first study that looked at populations receiving 0.7 milligrams of fluoride per liter of drinking water, CNN reported, which is what the U.S. Public Health Service has deemed the optimal ratio.

However, some of the previous studies have been questioned by health experts, The Daily Beast reported, and this one was met with equal skepticism.

Jama Pediatrics editor in chief Dimitri Christakis, a pediatrician, added an editor’s note saying the decision to publish this latest article was “not easy” and it had been subjected to “additional scrutiny for its methods and the presentation of its findings.”

The researchers acknowledged the study wasn’t without limitations. They did not measure fluoride exposure for the children after they were born, nor could they have accounted for amounts of fluoride consumed just before samples were taken.

Other experts called into question weaknesses in data collection and measurement, and expressed doubt regarding the gender differences in the findings.

“Whilst the authors are just reporting what they found, I find these sex differences difficult to explain. With a neurotoxicant you might expect both sexes to be affected,” Alastair Hay, a professor emeritus of environmental toxicology at the University of Leeds, who was not involved in the study, told the Daily Mail.

Groups like the American Academy of Pediatrics also warned against altering public health policy based on this study before its results have been replicated.

“I still stand by the weight of the best available evidence, from 70 years of study, that community water fluoridation is safe and effective,” Brittany Seymour, a dentist representing the American Dental Association, told The Washington Post. “If we’re able to replicate findings and continue to see outcomes, that would compel us to revisit our recommendation. We’re just not there yet.”