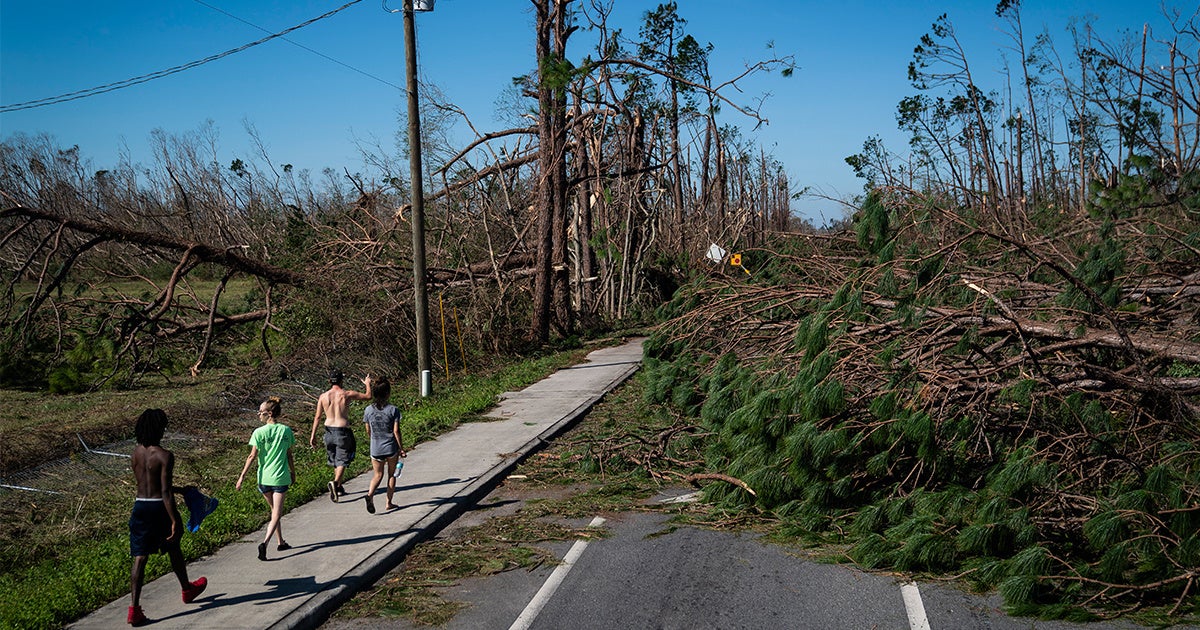 A wildfire that broke out in Florida’s Panhandle Saturday that should have been easy to contain was quicker to spread and harder to fight because of debris left over from Hurricane Michael.

The fire burned around 678 acres over the weekend and forced 20 homes to be evacuated in Bay County, AccuWeather reported. The fire burning near Allanton, Florida was 50 percent contained at only 15 acres Saturday evening when wind caused it to spread to 100 acres within an hour. Winds also pushed it south Sunday, and the Florida Fire Service described it as “stubborn.”

The #AllantonRoadFire is now estimated at 500 acres with zero percent containment. 20 homes have been evacuated. @FLForestService and @BayCountyEM firefighters are making an aggressive stand but strong northerly winds are pushing the fire hard to the south. pic.twitter.com/IvT08l0WMj

“Under normal conditions it would have been a few hours and a few acres,” Agriculture Commissioner Nikki Fried said during an update on the fire reported by The News Service of Florida. “But because of the fact of all the timber on the ground and because the weather conditions, it escalated to be the 600-plus (acres) because of all the fuel on the ground and the inability to get there.”

The most recent update from the Chipola division of the Florida Fire Service Monday said that the fire was 75 percent contained at 668 acres. It was also started by a debris burn that got out of control.

The #AllantonRoadFire is up to 75% contained and holding at 668 acres. Office of Agricultural Law Enforcement investigators confirmed today that the cause of the fire was an escaped debris burn. @BayCountyEM @BOCCPIO

Officials are worried that the weekend’s fire could be the start to a particularly dangerous fire season for the state. Hurricane Michael downed 72 million tons of trees between the Gulf Coast and the Georgia border, and most of them have yet to be cleared.

“Even a normal fire season in the Panhandle could be catastrophic because of all the fuel,” Florida Forest Service Director Jim Karels said Monday, according to the Tampa Bay Times.

However, this year’s fire season, which peaks in April and May, also comes during a particularly dry year for the state.

“[S]tatewide we have been drier than normal over the past two months,” state climatologist and Florida State University Climate Research Center head David Zierden said, according to the Tampa Bay Times.

This could make life even more difficult for Panhandle residents still recovering from Hurricane Michael, which slammed the area in October of 2018.

“Our house was destroyed in Hurricane Michael, and now this,” Amy Carter, who was preparing to evacuate due to the fire, told the Panama City News Herald, as the Tampa Bay Times reported.

Hurricane Michael, a category 4 hurricane, was the strongest to ever hit the Panhandle. It intensified rapidly due to warmer than average water temperatures in the Gulf of Mexico, a sequence of events consistent with predictions about how climate change will influence hurricanes.

Fried used the occasion to call for state and federal aid to help with Michael recovery.

“Other parts of our country have seen (federal) disaster packages within weeks after a disaster,” Fried said, according to The News Service of Florida. “And now almost six months later we are still waiting. This is absolutely unacceptable.”

Fried has requested million from the state to remove debris, plant new trees and buy new firefighting equipment, but the Florida House and Senate are still negotiating a final budget.