Florida Manatee Is Found With ‘Trump’ Written on Its Back 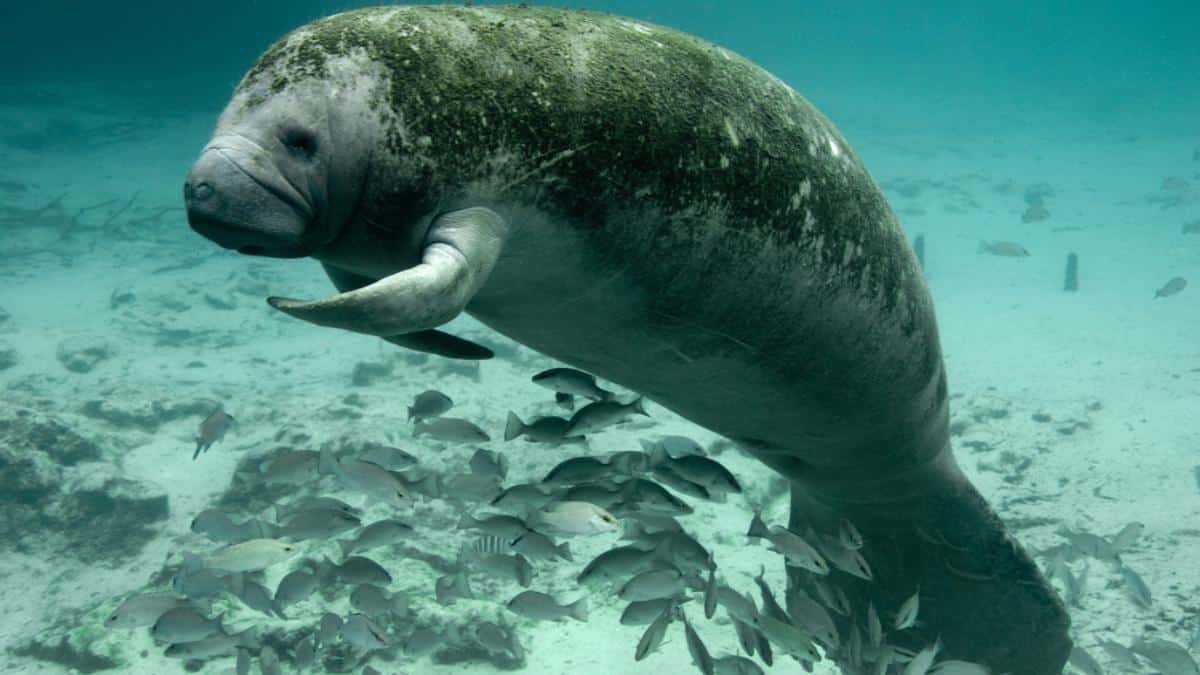 A manatee found in a Florida river on Sunday had the word “Trump” written in algae on its back.

The incident, first reported by the Citrus County Chronicle on Monday, prompted a U.S. Fish and Wildlife Service (USFWS) investigation and outrage from conservationists and animal lovers. The Center for Biological Diversity (CBD) is even offering a ,000 reward for information leading to a conviction.

“Manatees aren’t billboards, and people shouldn’t be messing with these sensitive and imperiled animals for any reason,” CBD Florida Director Jaclyn Lopez said in a statement emailed to EcoWatch. “However this political graffiti was put on this manatee, it’s a crime to interfere with these creatures, which are protected under multiple federal laws.”

Harassment of a manatee is a federal criminal offense punishable by a $50,000 fine and up to one year in prison.

Call the Florida Fish and Wildlife Conservation hotline at (888) 404-3922 with any info. https://t.co/oGqhBOywHA

The Florida manatee is a subspecies of the West Indian manatee, which was classified as an endangered species in 1973, according to The Washington Post, although their status has since been lowered to threatened. Currently, manatees are protected federally under the Endangered Species Act and the Marine Mammal Protection Act, and on the state level under the Florida Manatee Sanctuary Act of 1978, The New York Times reported. Harassing a manatee carries a federal penalty of up to ,000 and a year in jail, and a state penalty of up to 0 and 60 days in jail.

The affected manatee was first discovered in the Homosassa River in Citrus County by Hailey Warrington, a family boat charter operator, the Sarasota Herald-Tribune reported. Warrington said she saw the manatee while on a boat tour and took photos and a video to report the incident.

“This is just disturbing. One hundred percent disturbing,” Warrington told the Sarasota Herald-Tribune. “It’s something we don’t see very often. When we do see it, it hurts our heart.”

The USFWS said that the letters appear to have been etched in algae and that the animal was not seriously harmed. Warrington claimed that while the etching reached the skin, it did not appear to leave a wound. The animal seemed healthy, but stressed.

Elizabeth Fleming, senior Florida representative for the Defenders of Wildlife, told The Washington Post that the perpetrator either had to restrain the manatee to write the message, or the manatee was so used to humans that it allowed the action.

There are more than 6,300 West Indian manatees living in Florida, according to the USFWS. While that number has increased significantly in the last 25 years, the animals still face threats from habitat loss and boat collisions. About 100 manatees die every year from boat strikes, according to The Washington Post, accounting for 20 percent of total manatee deaths.

For Elizabeth Neville, Defenders of Wildlife senior Gulf Coast representative, the harassment of this particular manatee is a striking example of politics impacting wildlife.

“The content of this manatee’s mutilation, however, highlights a broader and darker truth: that wildlife, despite having no ability to vote or otherwise participate in our political systems, exist and suffer profoundly at the mercy of human politics,” she said in a statement.

“Based on the choice of the word carved in the manatee’s flesh, one can only assume that this act of mutilation was politically motivated. But, this is far from the only scar borne by manatees due to politicians’ destructive choices. Other scars include policies that favor unsustainable development and polluting industries, hamper communities’ abilities to address plastic trash in our waters and impede progress on fighting climate change.”

Anyone with information about the incident should contact the Florida Fish and Wildlife Conservation Commission at 888-404-3922, the Citrus County Chronicle shared.