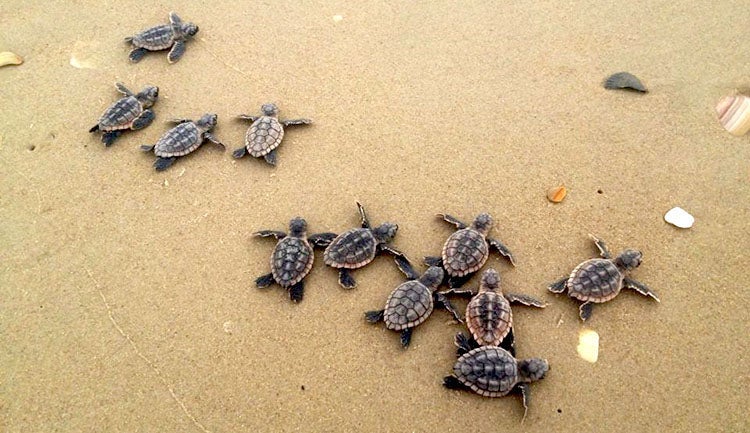 It’s only the half-way point of sea turtle nesting season in Florida, and some beaches are already breaking records.

Mote’s Sea Turtle Patrol, a group of volunteers and scientists that monitor nests on Florida beaches between May 1 and Oct. 31, report this year has already seen 2,638 nests, some of which are beginning to hatch. This year’s number has surpassed the previous record—the total number of nests for 2015—by 163 nests, according to Mote Marine Laboratory and Aquarium.

“We are excited to announce that we have broken the 35-year annual record for sea turtle nests along our area’s beaches with a total of 2,638 confirmed nests so far and we are only halfway through the nesting season,” Kristen Mazzarella, senior biologist with Mote’s Sea Turtle Conservation and Research Program, said.

Mote’s Sea Turtle Conservation and Research Program coordinates conservation of endangered sea turtles along a 35-mile expanse of Sarasota County beaches. Data collected by the volunteer team provides important information to resource managers who use it to understand and protect sea turtle populations.

Sea turtles face multiple threats to their population, including coastal development, poaching of eggs and marine pollution. Just last week, a Florida man was caught stealing 107 eggs from a loggerhead turtle while she was laying them.

Mote’s offers some tips in case you come in contact with a turtle nest or nesting area: