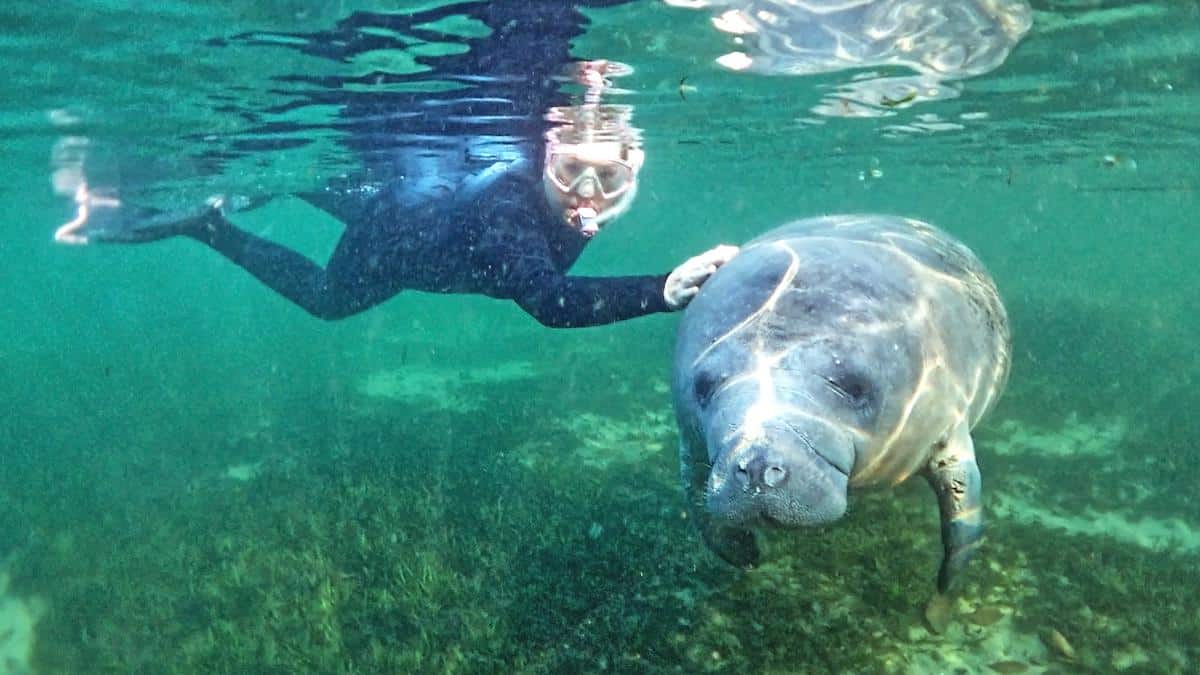 After long debate, officials in Florida have decided to test feeding wild manatees near Cape Canaveral. The move is unprecedented, as feeding wildlife is considered illegal.

But with hundreds of manatees dying of starvation in 2021, wildlife conservationists are desperate to save these creatures.

For weeks, state officials have been considering whether or not to create a pilot program to feed the animals. An official pilot program is set to be revealed this week, and the U.S. Fish and Wildlife Service has given approval for a limited feeding trial.

The pilot program will launch near the Florida Power & Light plant in Cape Canaveral. In the winter, manatees tend to swim in the Indian River Lagoon to keep warm, as warm water is discharged from the plant into these nearby waters. Officials will feed the manatees a variety of greens, including cabbage and lettuce. The plan is to use a controlled method for feeding, such as a conveyor belt, to limit human interactions. Officials stress that this trial is not a green light for people to start tossing food into the water for manatees, an act that remains illegal.

In 2021 alone, over 1,000 manatees have died, many of whom died of starvation caused by pollution. This number is more than double that of 2020, when 498 manatees died. Over the past 11 years, seagrasses in the Indian River Lagoon have decreased by about 58%, leaving manatees with less to eat.

“It’s the entire ecosystem that is affected by this and will be affected for a decade to come,” said Patrick Rose, executive director of Save The Manatee Club. “This is a necessary stopgap measure. It is a problem created by man and man is going to have to solve it.”

Seagrasses provide essential food for manatees, and they are a known carbon sink. Seagrass is responsible for up to 10% of the ocean’s carbon storage capacity and can capture carbon about 35 times faster than tropical rainforests. But human pollution, like agricultural runoff and sewage, creates breeding grounds for harmful blue-green algae in waters. This algae then blocks sunlight from reaching the seagrasses, leaving manatees without food and killing off an important carbon sink.

“Literally, saving manatees is part of saving the ecosystem. If we can get this taken care of, manatees will flourish. If we don’t, they won’t,” Rose said. “We are in the most critical position.”

Manatees are currently considered threatened after being downgraded from endangered status in 2017. Several officials and environmental advocates continue to campaign for these animals to be relisted as endangered, especially as the death count continues to increase.