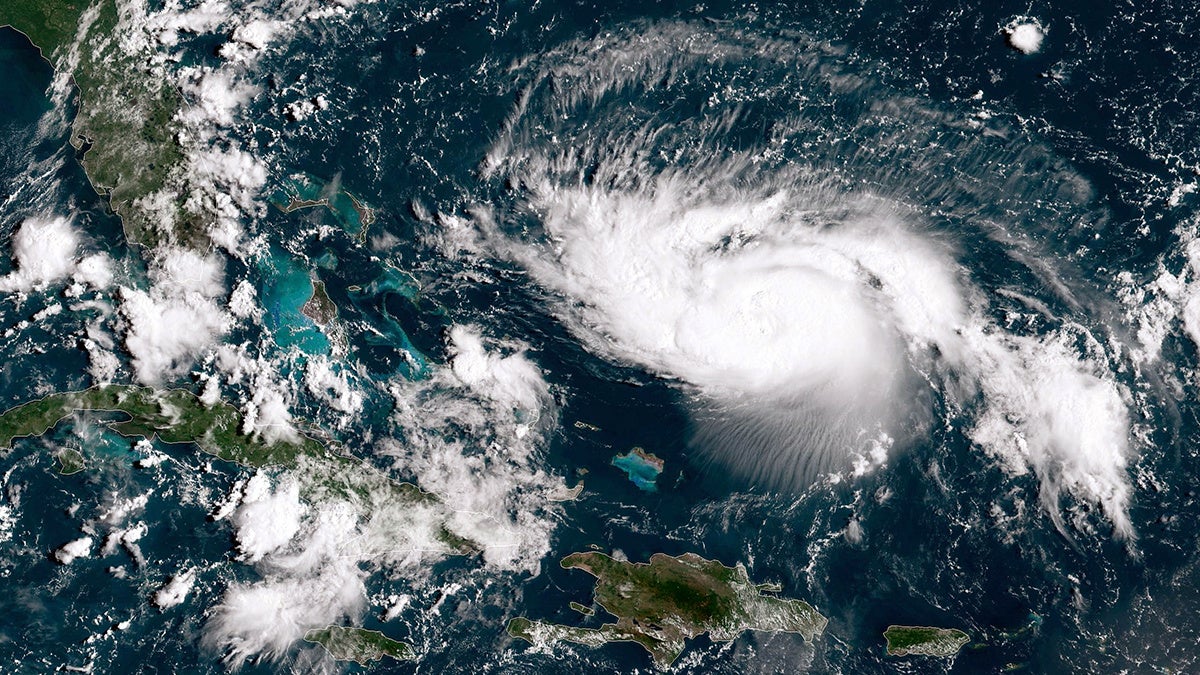 Hurricane Dorian, now a Cat. 2 storm with maximum sustained winds of 110 mph, gains strength as it tracks towards the Florida coast in this NOAA GOES-East satellite image taken at 13:40Z on Aug. 30. NOAA via Getty Images

Florida Gov. Ron DeSantis declared a state of emergency for every county in the state Thursday as it prepares for what could be the strongest hurricane to hit its East Coast since Andrew in 1992, CNN reported.

Dorian, currently a Category 2 hurricane, is forecast to make landfall on Florida’s East Coast as a Category 4 storm Labor Day with winds of around 130 miles per hour. However, it is not clear exactly where on the coast the storm will make landfall: It could be anywhere between the Florida Keys and southeast Georgia.

“Dorian is likely to remain an extremely dangerous hurricane while it moves near the northwestern Bahamas and approaches the Florida peninsula through the weekend,” the National Hurricane Center warned on Friday.

There were concerns earlier in the week that Dorian would wreak havoc on Puerto Rico, still recovering from Hurricane Maria nearly two years ago. But the storm brushed past the island Wednesday causing minimal damage, HuffPost reported. Dorian instead battered St. Thomas in the U.S. Virgin Islands, where winds of around 110 miles per hour blew the roofs off of houses.

However, what was good news for Puerto Rico could spell trouble for Florida. Because the storm was not weakened passing over the mountains of Puerto Rico and the Dominican Republic, it is now in a position to intensify, CBS News explained. One reason it is likely to do so is that it will pass over water 85 to 90 degrees Fahrenheit on its way to Florida, and water warmer than 80 degrees tends to strengthen storms.

The storm is now predicted to blow over the Bahamas Sunday and then make landfall in Florida Monday, The New York Times reported. But Florida could begin feeling winds of at least 39 miles per hour by Saturday night. The storm is predicted to dump four to eight inches of rain on the Sunshine State. Forecasters are also worried about the potential for flooding caused by storm surges.

“All Floridians really need to monitor Hurricane Dorian,” DeSantis said Thursday morning, as The New York Times reported. He advised residents to store up seven days’ worth of food and medical supplies.

Floridians appeared to take him at his word. In a Facebook post Wednesday, Brooke Koontz shared photos of empty shelves at a Walmart in Port Orange, Florida, as CNN reported. She said that at one point employees brought out a pallet of water bottles.

“It was gone in seconds,” she told CNN. “People were trying to race.”

President Donald Trump canceled a planned trip to Poland because of the storm, as BBC News reported.

“It’s very important for me to be here,” he told reporters Thursday. “[It] looks like it could be a very, very big one. I have decided to send our vice-president, Mike Pence, to Poland this weekend in my place.”

If forecasts are correct and Dorian hits Florida, it will be the fourth year in a row that a hurricane has hit the state, the most consecutive hurricane years since the 1940s, CNN reported. Last year’s Hurricane Michael was the strongest to ever hit the Florida panhandle, and meteorologist Eric Holthaus noted that the state has never before faced two such strong landfalls two years in a row.

“We are in a climate emergency,” he tweeted.