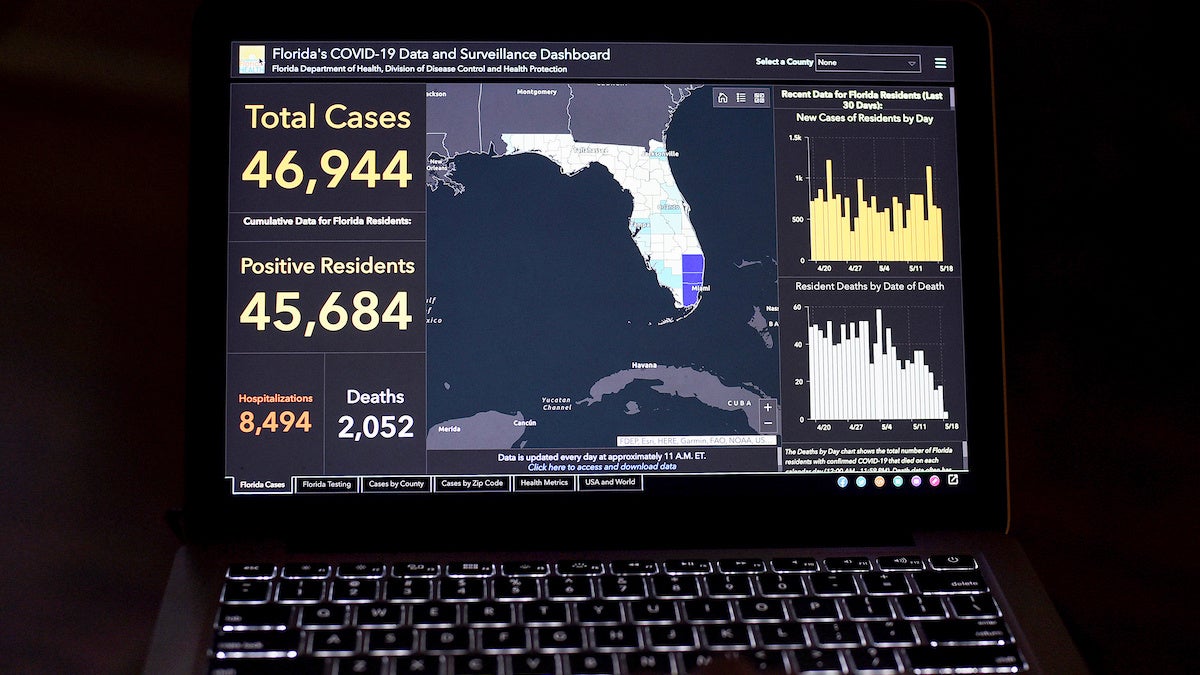 The scientist behind Florida’s widely praised coronavirus dashboard was fired Monday because she refused to “manually change data to drum up support for the plan to reopen,” she told CBS12 News Monday.

Dr. Rebekah Jones’ dismissal came the same day as much of Florida reopened for business, The Guardian pointed out, raising concerns about the data backing that decision.

These allegations are disturbing. Manipulating the data on Florida’s COVID-19 dashboard could cost lives.

“Jones also told CBS12 in Tallahassee on Monday that she refused to ‘manually change data to drum up support for the plan to reopen’ the state.”https://t.co/XJ24rukaPZ

Until May 5, Jones had been in charge of a team of data scientists and public health officials at the Florida department of Health who created and managed the publicly accessible database that reported COVID-19 cases, testing and deaths, FLORIDA TODAY explained. The dashboard won wide praise, including from high-ranking White House coronavirus task force member Dr. Deborah Birx.

The first sign of trouble came over the last few weeks as the site had “crashed” and data had gone missing.

Then, Jones wrote an email Friday to members of the public and the media who had signed up for updates on the database, saying she and her office had been removed from control of the database as of May 5.

“I understand, appreciate, and even share your concern about all the dramatic changes that have occurred and those that are yet to come,” she wrote. “As a word of caution, I would not expect the new team to continue the same level of accessibility and transparency that I made central to the process during the first two months. After all, my commitment to both is largely (arguably entirely) the reason I am no longer managing it.”

Then came the news that she had been fired from the Department of Health altogether, as she confirmed to FLORIDA TODAY Wednesday. According to the Tampa Bay Times, she had been ordered May 5 to remove data showing when people showed symptoms or tested positively for the virus before a case had been announced after the information was requested by the media. She complied, but said it was the “wrong call.” She was later given the option to resign with a settlement or be fired.

The spokesperson for Florida Gov. Ron DeSantis, Helen Aguirre Ferré, defended her firing in a statement to the Miami Herald Tuesday.

“Rebekah Jones exhibited a repeated course of insubordination during her time with the department, including her unilateral decisions to modify the department’s COVID-19 dashboard without input or approval from the epidemiological team or her supervisors,” Ferré said.

DeSantis later challenged the idea that Jones was the architect of the dashboard.

“She is not the chief architect of our Web portal. That is another false statement, and what she was doing was she was putting data on the portal, which the scientists didn’t believe was valid data,” he said in Orlando Wednesday, as NPR reported.

This contradicts Jones’ account in an email to FLORIDA TODAY, in which she said she created two applications in two languages, four dashboards and six maps.

“I worked on it alone, sixteen hours a day for two months, most of which I was never paid for, and now that this has happened I’ll probably never get paid for [it],” she wrote.

Her firing has raised alarms for scientists and Democratic politicians.

“When politicians censor scientists and manipulate the numbers, the rest of us suffer,” Columbia University biologist Dr. Lucky Tran tweeted in response. “The only way we get out of this pandemic is with facts, and acting upon the best science we have.”

Scientists are getting fired for refusing to censor data and manipulate numbers.

If you want to put more lives at risk during a pandemic, this is exactly what you would do.https://t.co/Uc642gHVKj

Congresswoman Kathy Castor (D-Fla.), who represents the Tampa area, demanded answers from DeSantis, while state Senator José Javier Rodríguez from Miami and chair of the Florida Democratic party Terrie Rizzo called for an investigation, according to NPR and The Guardian.

“Floridians must have confidence that critical public health information produced and published on behalf of the state is accurate, complete and reliable. It is especially important during this period of economic reopening that decision-makers in the private and public sector — whether they be leaders of institutions, employers or parents — have access to accurate information as they make decisions impacting the lives and livelihoods of our families and communities,” Rodriguez said, as NPR reported.