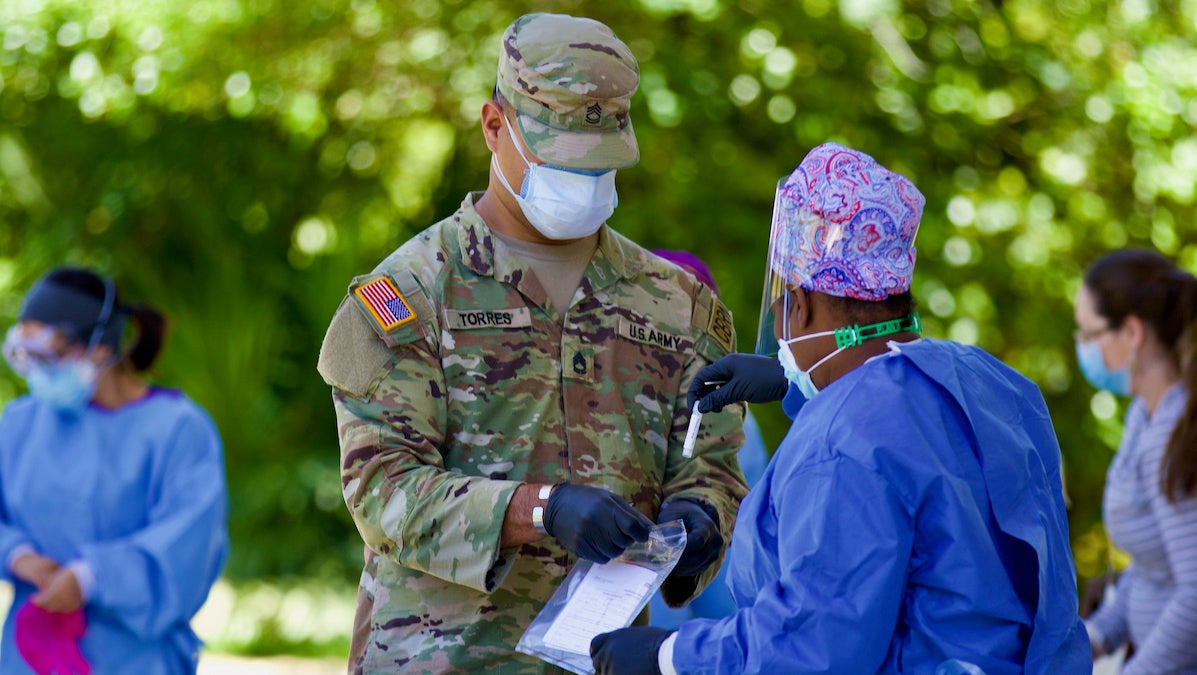 Florida has now confirmed more coronavirus cases than New York, the early epicenter of the U.S. outbreak, in another sign that the U.S. as a whole is struggling to control the deadly disease.

Florida became the second state after California to overtake New York’s case count Sunday. It had 423,855 total cases to New York’s 411,736, according to Sunday afternoon figures from Johns Hopkins University reported by NPR. California, the U.S.’s most populous state, remained in the lead with 450,242 cases, while Texas was in fourth place with 391,000, according to a Reuters tally.

“What we have right now are essentially three New Yorks,” White House coronavirus task force coordinator Dr. Deborah Birx said of Florida, Texas and California on Friday, as the Financial Times reported. “That’s why you hear us calling for masks and increased social distancing, to really stop the spread of this epidemic.”

New York continues to hold the lead for coronavirus fatalities with more than 32,000, according to Reuters. Florida has the eighth most with nearly 6,000.

However, deaths are rising in Florida and across the nation. California, Texas and Florida all reported record increases in deaths this week, according to the Financial Times. Florida reported 970 deaths and 3,452 hospitalizations for the week ending Sunday, up from 758 deaths and 3,021 hospitalizations the week before, the Tampa Bay Times reported. COVID-19 is by far the deadliest infectious disease in the state this year. It is currently killing three times as many people as AIDS, viral hepatitis, the flu and pneumonia combined.

Nationwide, the death toll rose by more than 1,000 for a fifth day in a row Saturday, the Financial Times reported. Deaths averaged 876 a day for the week ending Saturday, the highest daily average since early June.

The mortality increase follows a surge in cases that brought the U.S. total to over four million last week.

However, Florida Gov. Ron DeSantis and state health officials thought new infections were beginning to plateau in the state, according to the Tampa Bay Times.

Birx also told NBC news there was evidence of plateauing in Florida, Texas, California and Arizona, another hard-hit state, as The Independent reported.

It is hard to tell which state really leads in cases since the pandemic began, The New York Times pointed out. That’s because New York and California both experienced outbreaks early, when testing was still limited. A Centers for Disease Control and Prevention study published this month calculated that the number of coronavirus infections could be two to 13 times higher than the official case count.

While they are neck and neck for confirmed cases, New York and Florida represent very different approaches to controlling the pandemic, according to NPR.

New York decreased infections and deaths by late spring, just as infections began to rise in Western and Southern states.

New York Gov. Andrew Cuomo lifted lockdown measures gradually and has required masks in public since April. Florida’s DeSantis, meanwhile, has declined to mandate masks or impose new restrictions since most businesses were allowed to reopen in May.

Correction: An earlier version of this story said that Florida Gov. Ron DeSantis said state health experts thought cases were beginning to plateau in the state. The story has been updated to note that both DeSantis and state health officials said this.