Florida Beachgoers Left Behind 13,000 Pounds of Trash Last Week on This Beach 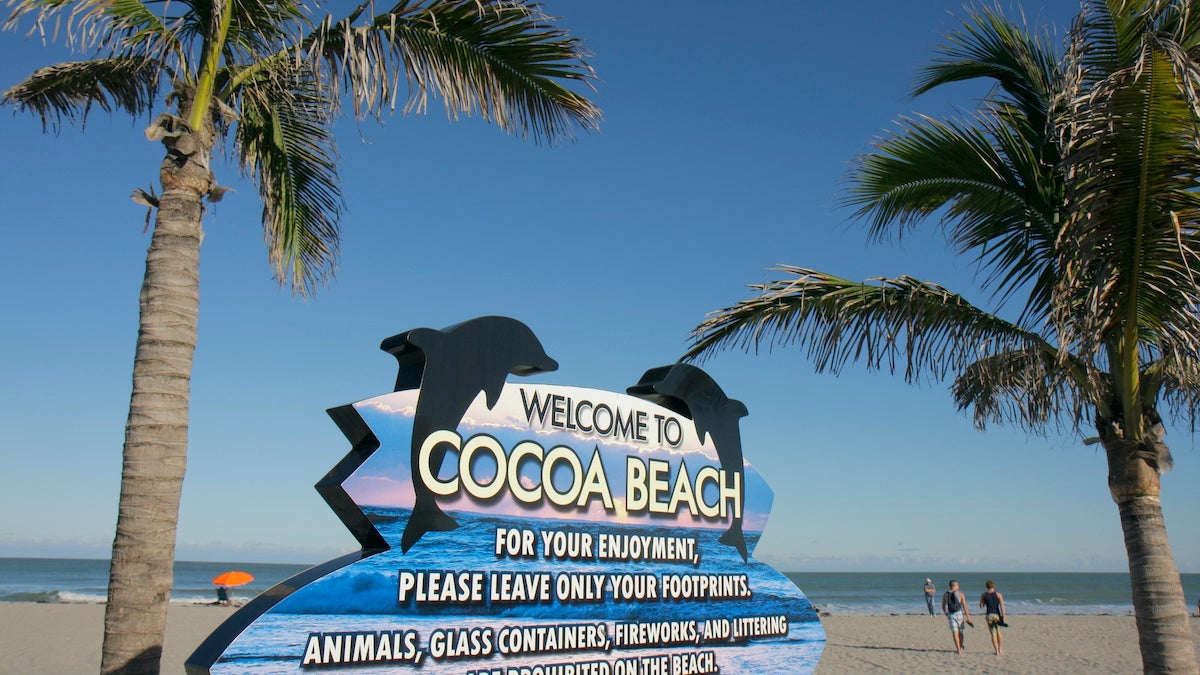 Cocoa Beach saw a huge spike in trash as cleanup crews collected more than 13,000 pounds strewn across the sand over the weekend. Jeffrey Greenberg / Universal Images Group via Getty Images

When beaches in Florida reopened last week, people flocked to them to absorb the sun, sand and water. Unfortunately, many forgot to take their trash with them when they left.

While pollution and emissions have precipitously dropped worldwide, Cocoa Beach saw a huge spike in garbage as cleanup crews collected more than 13,000 pounds strewn across the sand over the weekend, as The Hill reported.

The beaches, which reopened on April 21, will remain open, but authorities will start to crack down on litter by increasing the fines and enforcement, according to Florida Today. Littering will now come with a 0 fine.

“As restrictions are becoming more relaxed during this pandemic, the City of Cocoa Beach is beginning to see an influx of day-trippers to our beaches, along with piles of unlawfully discarded trash in their wake,” Cocoa Beach Police Department wrote in a notice, according to Florida Today. “This will not be tolerated.”

In a Facebook post, the Cocoa Beach Police Department stated that they will be “focusing on litter violations in the days and weeks ahead in an effort to educate the public and mitigate this repulsive and disrespectful behavior.”

This weekend’s litter collection surpassed the previous weekend’s total of roughly 12,000 pounds. Two weekends ago, cleanup crews collected 297 bags of trash, which weigh roughly 40 pounds per bag. Bryan Bobbitt, executive director of Keep Brevard Beautiful, told CNN that the true number would be higher since they did not collect many larger items like tent poles and beach chairs that were left behind.

This weekend’s total was 305 bags of trash, according to Bobbitt. Volunteers and observers have noticed that the discarded items are often single-use plastics.

“People will come from out of town and leave an umbrella, a tent or chairs because it’s a onetime use,” said Bobbitt to CNN. “Chip bags, plastic straw wrappers and anything can get blown into the dunes.”

Cocoa Beach Police Chief Scott Rosenfeld said in a statement that the local community works “very hard to be stewards of environmental sustainability,” as The Hill reported.

“If I need to relocate critical resources during our peak season to combat litterers, we are no longer asking our visitors to comply with our litter laws, we expect it, and there will be consequences for offenders,” he added.

The litter poses a threat to Florida’s marine life and to the beach environment. Keep Brevard Beautiful says the goal of their cleanup efforts is to keep the environment safe for humans and for animals.

“When we see something that can be a choking hazard to marine life, we make it a point to get that stuff as well,” Bobbitt said to CNN. “If we don’t pick it up, it gets blown into the water. We’ve all seen the photo of the straw stuck in a sea turtle’s nose or a 6-pack ring around a bird’s neck.”

This past weekend, the police only issued one citation for littering. Noting some of the challenges in issuing a litter violation, Cocoa Beach Detective Sgt. Thomas Cooper told CNN, “You have to say they’re the person who legally left that trash. The officers are stuck.”