This Republican Florida Lawmaker Wants to Ban Fracking as This U.S. Rep. Wants to Abolish the EPA 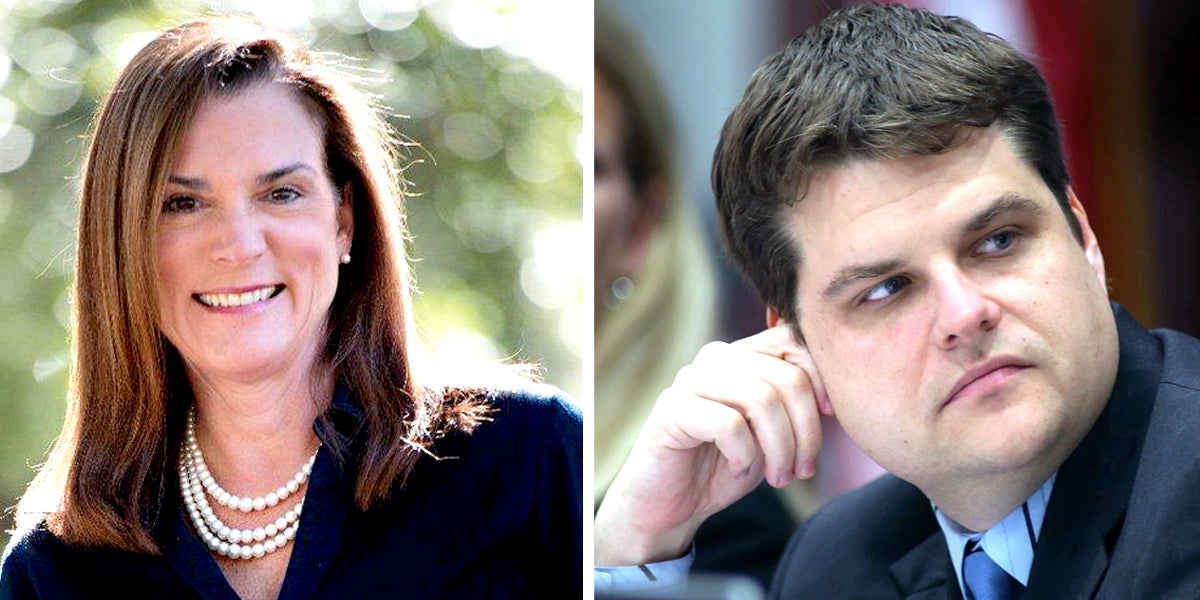 Under President Donald Trump, a GOP-controlled legislature and a potentially conservative judicial branch, it’s becoming increasingly clear that the federal government will put environmental regulations and the fight against climate change on the wayside.

Instead, it may be up to local and state governments to lead this good fight.

Florida is a great example of this. Around the same time that a House Republican from the Sunshine State is proposing a bill to “permanently” abolish the U.S. Environmental Protection Agency (EPA), a bipartisan group of state lawmakers have introduced legislation to ban fracking in the state.

First the bad news. According to an email obtained by The Huffington Post, U.S. Rep. Matt Gaetz (R-Fla.) has drafted a bill to shutter the EPA and is seeking support from his colleagues for the measure.

“Today, the American people are drowning in rules and regulations promulgated by unelected bureaucrats; and the Environmental Protection Agency has become an extraordinary offender,” the Republican junior congressman wrote to his colleagues.

“Our small businesses cannot afford to cover the costs associated with compliance, too often leading to closed doors and unemployed Americans,” he continued. “It is time to take back our legislative power from the EPA and abolish it permanently.”

Gaetz’s proposed legislation would abolish the EPA by Dec. 31, 2018, “to allow our state and local government partners to implement responsible policies in the interim.”

“As conservatives, we must understand that states and local communities are best positioned to responsibly regulate the environmental assets within their jurisdictions,” he wrote.

“I ask for your support in eliminating this abusive and costly agency,” he wrote, adding that the deadline to co-sponsor was Feb. 3 at Noon.

Gaetz, who currently represents the 1st District of Florida, has a history of opposing environmental regulations as he considers them job killers. When he was a state lawmaker, he worked for years to repeal a requirement that all gasoline sold in the state contain some ethanol. After his bill succeeded in 2013, he hailed it as “one more mandate off the books.”

Now the good news. In Gaetz’s home state, state lawmakers are pushing bipartisan legislation that would prohibit the use of fracking in the state.

As InsideClimate News noted, even though Republicans across the country are largely in favor of the controversial drilling process, Republican State Senator Dana Young of Tampa filed a bill on Jan. 23 to ban fracking in her state of Florida. Fellow Republican Legislator Mike Miller of Orlando filed a companion bill in the state House of Representatives on the same day.

“This bill is concise and straightforward: It bans fracking of all types in Florida,” Young said at a news conference in Tallahassee last.

Michelle Allen, a Food & Water Watch Florida organizer, told EcoWatch that the measure has “the most bipartisan support a fracking ban bill has yet to have.”

“The fight against fracking has kicked into high gear in Florida,” Allen said. “It’s clear now that even conservative state legislators see the dangers of fracking to public health and the environment.”

Oil and gas industry advocates insist that the technique is safe. “The United States is the leading producer of oil, natural gas and refined product in the world, and the decades-old technique of hydraulic fracturing has led to lower energy costs for consumers and improvements in the environment,” Florida Petroleum Council Executive Director David Mica told SunSentinel. “Sen. Dana Young’s proposed ban could undermine the benefits that Florida families and consumers are seeing today.”

Meanwhile, environmentalist and public health advocates have applauded the legislation.

Kim Ross, the president of Rethink Energy Florida, had similar sentiments. “We’re excited by the bi-partisan support for banning fracking in Florida. The citizens have long seen that fracking is a risk Florida cannot afford for its environment, its tourism-based economy, and its communities,” Ross said. “We look forward to working with these Senators to get a strong ban bill on Governor Scott’s desk.”

Jennifer Rubiello, state director for Environment Florida, praised Senator Young “for listening to her constituents and Floridians across the state who want a ban on fracking.”

“A ban on fracking will ensure our communities, our health, and our environment are better protected. Floridians should celebrate this bill, pick up their phones, and tell their state senators to support it,” Rubiello said.

Mary Gutierres, the executive director of Earth Ethics, an organization based in the Florida panhandle that could be fracked in the future said the bills are a step in the right direction.

“We need to ensure that our environment and public health are protected from the hazards that fracking poses,” she said.