70 Dead From Weeks of Flooding in Iran as Warnings Continue 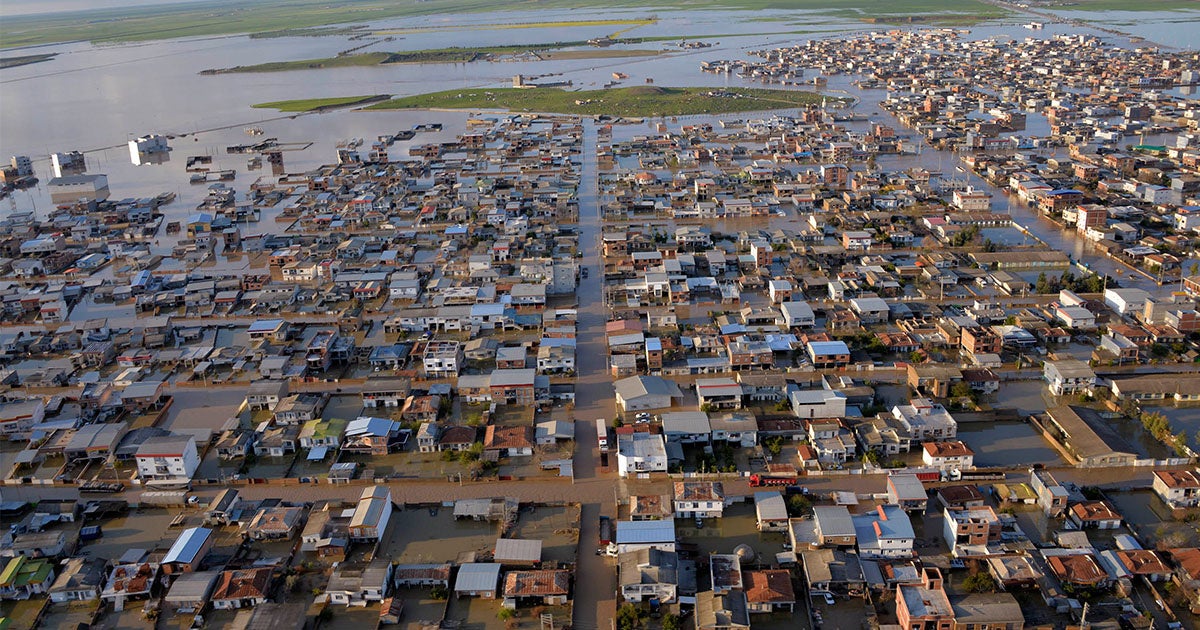 At least 70 people have died in flooding caused by heavy rainfall in Iran since mid-March, as forecasts for more wet weather have prompted additional evacuations in the country’s south, Al Jazeera reported Sunday.

The floods have caused hundreds of millions of dollars in damages to agriculture and water infrastructure across the country and forced thousands to flee their homes. Since March 19, around 1,900 cities and villages have been inundated, Iran’s Mehr News Agency reported.

So far, around 24 of the country’s 31 provinces have been impacted by the rain, Bagheri told NPR. The Islamic Republic News Agency gave a brief timeline of the flooding:

The disaster began with heavy rainfalls in the northern provinces of Iran since March 19, and continued across Iran with flash floods in southern, central and western provinces.

The largest number of deaths, 21, occurred in the southern province of Fars, where a month’s worth of rain fell in a few hours and caused dramatic flash flooding in the city of Shiraz.

The second largest number of deaths took place in Lorestan province in the west, where 15 people died.

Deputy Minister of Roads and Urban Development Abdolhashem Hassannia said Saturday that road access to 275 villages in the province were blocked and that 200 bridges and 400 kilometers (approximately 248.5 miles) of roads had been destroyed.

“The level of the damages left by the recent floods has been unprecedented during the past century,” he was quoted as saying by Iran Labor News Agency (ILNA), as Al Jazeera reported.

The most recent warnings center on Khuzestan province in the south, which borders Iraq and has many rivers and dams. Authorities say 400,000 people could be impacted by the flooding.

The floods have upped tensions between the U.S. and Iran over U.S. sanctions, which make it harder for Iran to receive humanitarian aid.

“We used a number of bank accounts connected to SWIFT, which we used for receiving international aid. But at the moment these accounts are subject to sanctions,” Peyvandi was quoted as saying by the Iranian Students News Agency, as Al Jazeera reported. “It’s impossible to transfer cash from other countries as well as the International Federation of [Red Cross and] Red Crescent Societies.”

“These floods once again show the level of Iranian regime mismanagement in urban planning and in emergency preparedness. The regime blames outside entities when, in fact, it is their mismanagement that has led to this disaster,” Pompeo sad. “The United States stands ready to assist and contribute to the International Federation of Red Cross and Red Crescent Societies, which would then direct the money through the Iranian Red Crescent for relief.”

“It seems the U.S Secretary of State is unaware of the mismanagement of natural disasters in the U.S. over the past two years, and hence opines — in an unprofessional, interventionist and demagogic manner — on Iran’s management of the horrific and unprecedented floods which simultaneously afflicted 24 provinces,” Zarif said.

My response to the unprofessional, interventionist and demagogic comments of @SecPompeo on the devastating floods—and the humanitarian rescue and aid operations—in Iran. pic.twitter.com/OV3vHsKyae

Zarif then went on to cite the delayed government response to Hurricanes Maria, Florence, Harvey, Michael and Katrina.

Hurricanes Florence, Harvey, Maria and Katrina have all been shown to have been made wetter by climate change, which has also been linked to a whiplash between drought and heavy rain in Iran that makes flooding more likely.

The Pentagon has stated that #climatechange is real and is a national security issue. @repadamsmith https://t.co/raOF17aOuC