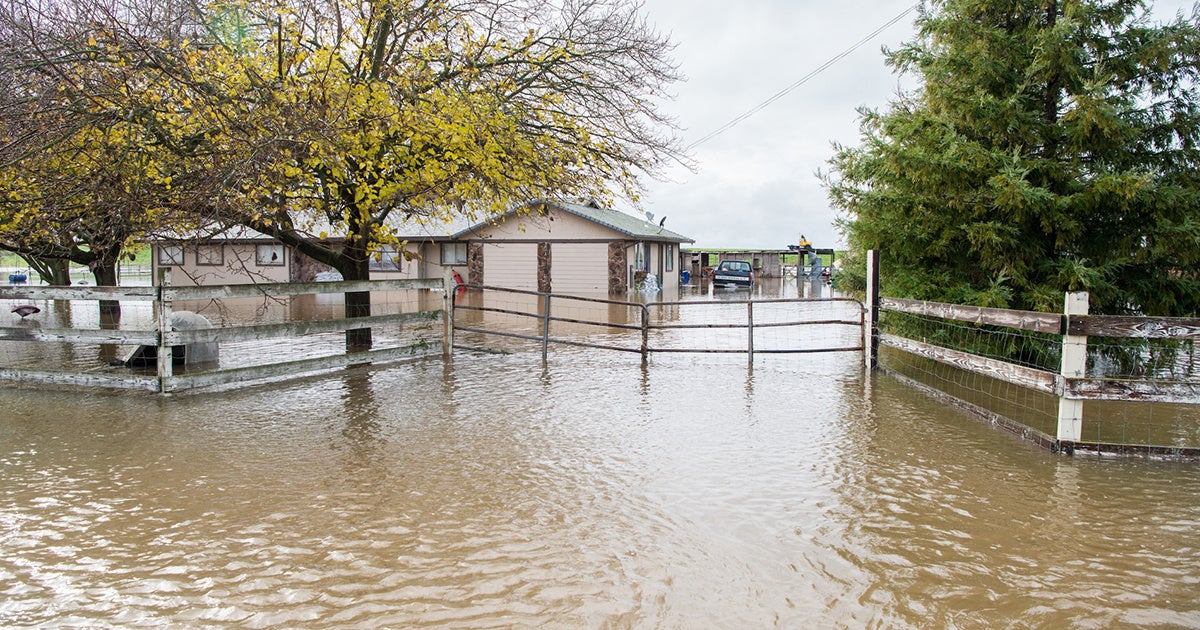 It’s been the wettest 12 months on record in the continental United States. Parts of the High Plains and Midwest are still reeling from deadly, destructive and expensive spring floods — some of which have lasted for three months.

Mounting bills from natural disasters like these have prompted renewed calls to reform the National Flood Insurance Program, which is managed by Federal Emergency Management Agency and is now $20 billion in debt.

The program was established in 1968 as a way to provide flood insurance to properties with high flood risk — some of which is subsidized by taxpayers — and to use management programs to help reduce risk.

But Jessie Ritter, director of water resources and coastal policy at the National Wildlife Federation, says the program has unintentionally done the opposite over the years. By offering government-funded insurance where private companies wouldn’t, it’s made it easier to build in flood-prone areas. Local land-use decisions in some places haven’t helped, either.

Most people agree that some reform of the National Flood Insurance Program is needed. Four former FEMA administrators recently sent a letter to Congress asking for just that. But legislators — who disagree how to accomplish that goal — have been kicking the can down the road by issuing short-term extensions since the program’s last five-year authorization lapsed in September 2017.

Most recently the House of Representatives voted May 14 to approve the 11th short-term extension. If the Senate agrees, the program would then carry on as-is until September 30.

Meanwhile homes and communities continue to flood and the insurance program’s losses keep stacking up.

“In the absence of reforms, costs in taxpayer dollars and lives lost will only get worse,” the former FEMA administrators wrote in their letter urging action.

It’s past time to make the necessary changes, Ritter says. “Congress has been unable politically to get to a place where we can meaningfully reform this program and address some of the underlying symptoms that are making disasters so costly in our country,” she said. “A perpetuation of the status quo makes no sense at a time when we are spending billions annually on relief in response to a continual string of disasters.” This spring the most destructive Mississippi River floods in 25 years resulted in thousands of lost homes, damaged businesses and flooded farms.

House Financial Services Committee Chair Maxine Waters said the most recent extension, which she co-authored, gives more time for a bipartisan bill to attempt a larger reform of the program — and that this will be the last short-term extension. Waters has been a longstanding advocate for reforming the program and sponsored 2017 legislation that cancelled billion of its debt, which had climbed to billion that year in the wake of Hurricane Harvey and other disasters. Further reforms promised by Congress that year did not materialize.

The program’s growing debt is only part of the issue.

FEMA has been criticized for using outdated flood maps that don’t accurately portray the risk that communities face, either now or in the near future. Kathleen Schaefer, a researcher at the University of California, Davis who spent a decade working as regional engineer for FEMA producing flood insurance maps for California, says that the current process to update maps is time-consuming, bureaucratic and costly.

And the data that the agency does have isn’t granular enough to communicate property-level risk.

“One property to the next may have very different levels of risk based upon their actual elevation,” explains Ritter. Soil type and land use on each property can also affect flooding. “And right now FEMA just doesn’t have that level of sophistication in their flood maps.”

It’s not that the technology to do that doesn’t exist — North Carolina is using it— but it hasn’t been mandated nationally for FEMA.

Another issue is the accuracy of the maps. If a property falls into what FEMA determines is a 100-year floodplain, owners with federally backed mortgages are required to purchase flood insurance. “Some of those maps are super outdated, and that floodplain line in some places, because of climate change, is probably no longer accurate,” said Ritter.

The floodplain line also creates a false sense of security for those who own property outside of it and aren’t required to purchase flood insurance but may still have some level of risk. FEMA’s current system reduces flood risk to “in” or “out” — black or white. “And that’s not how risk works,” said Ritter. “Risk is shades of gray.”

Schaefer and other researchers from the UC Davis Natural Hazards Research and Mitigation Group looked at severe flooding that claimed 13 lives in the Baton Rouge area in 2016. They found that a third of the flooding was outside FEMA’s 100-year flood zone. 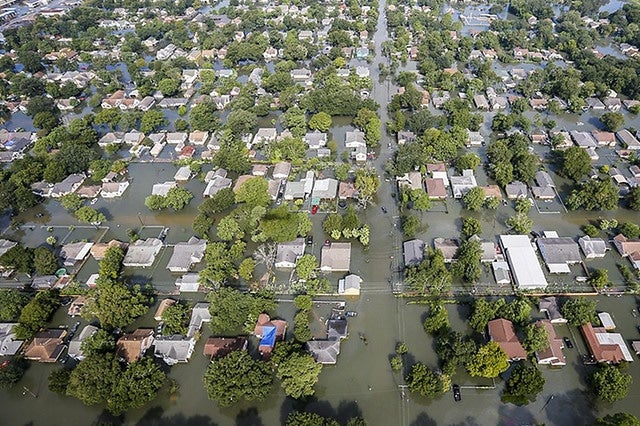 It’s not just bad for property owners and taxpayers. There are environmental implications, too.

“Subsidizing insurance rates inadvertently encouraged development in floodplains that never should have been developed in the first place,” said Ritter. “Not only does that decrease community resilience, it impacts habitat and wildlife.” Natural floodplains are incredibly rich ecosystems that support fish, birds, plants and a host of other species.

Ritter says her organization would like to see more money from the program spent trying to prevent flood damages instead of paying billions to rebuild after a disaster — especially in areas with recurrent flooding. There’s also a lot of untapped potential to restore natural features such as wetlands and floodplain habitat, which can reduce flood risk, protect communities and create environmental benefits, she says.

“Where those types of nature-based approaches can work, they should be incentivized and given first consideration,” said Ritter. “If communities can reduce their rates by proactively reducing their risk, then it’s a win-win across the board for everyone.”

“Any changes that you’re going to make to the program, you’d have to make on a nationwide scale,” she said. “And people on the Gulf Coast think about their flood risk differently than people in California’s Central Valley — you’re not going to be able to find the compromise that is going to get you where you need to go.”

Schaefer instead sees an opportunity for a bigger role for the private market and community flood insurance programs that would allow for more detailed modeling to assess and mitigate risk.

Climate change should be creating a sense of urgency for program reforms, said Ritter. Average temperatures are increasing and the U.S. is seeing rising sea levels in some coastal communities. It’s also getting wetter — 2018 was the sixth year in a row that average rainfall in the U.S. was more than the 20th-century average. Hurricanes are predicted to get stronger with climate change and natural disasters are already costing a fortune — billion in the U.S. alone last year. Hurricanes Michael and Florence accounted for .4 billion of those costs and resulted in more than 100 deaths.

“There is an important link between the National Flood Insurance Program and climate resiliency,” said Ritter. Reforming the program “is a big opportunity to improve how we as a nation respond to and prepare for worsening impacts of climate change.”